Portland schoolchildren celebrated the local legacy of the 2012 Olympics by taking part in a photography competition and virtual sports day.

Weymouth and Portland hosted the sailing events for the London Olympics eight years ago and Melissa Heppell, headteacher at Atlantic Academy Primary decided to combine a trip down memory lane with getting fit to mark the anniversary.

Pupils at the school were asked to get pictures of themselves cycling, walking or scooting to one of the two Olympic rings monuments found on the isle of Portland. They also had the option of submitting a photo out on the water while safely enjoying some water sports. 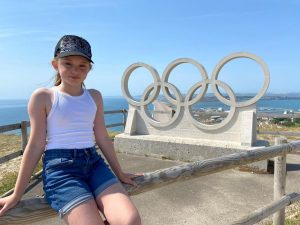 A stunning selection of images, showing off the beauty of the island, have now been submitted to the Get Set competition organised by Team GB. By taking part, the school is in with the chance of winning a set of Adidas Team GB t-shirts.

As well as the photography challenge, Atlantic students also took part in a virtual sports day which saw them compete in a range of activities, including jump your height, stone skimming, real egg and spoon races and leaky cup races.

Children and parents were asked to send in photos and videos before winners were chosen and a virtual celebration assembly took place. 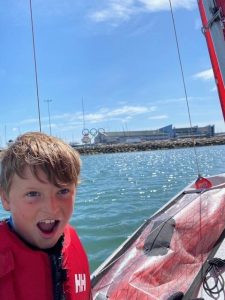 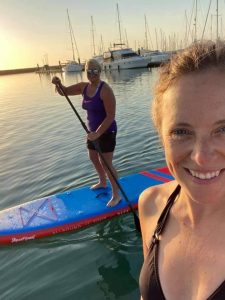 Commenting on the efforts to mark the 2012 Olympics, Ms Heppell told the Dorset Echo: “During my search for resources to create engaging, purposeful PE lessons and daily activities for the children of primary, I came across Team GB’s Get Set website.

“Having always had a huge love for anything to do with the Olympics, I scrolled through the pages and noticed they were running a competition to win a set of Adidas Team GB t-shirts for your school. All they wanted was for your school to upload activities and share sporting events.

“As Weymouth and Portland was the host of the 2012 Olympic sailing events, I thought it would be brilliant to enter remembering this legacy for International Olympic Day.

“Our awesome staff got involved as well and I was inundated with photos which I happily presented as our competition entry.” 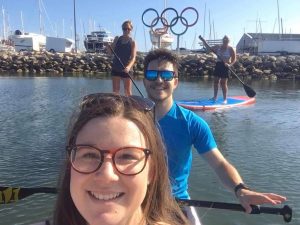 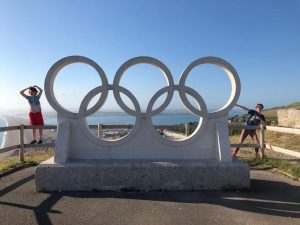