Atlantic Academy pupils to launch Portland’s FIRST Youth Town Council and they will have a budget of £1,000 to use on community projects

Atlantic Academy pupils as young as 11 are to be given a political voice and the opportunity to make an impact following the launch of Portland’s first Youth Town Council.

Any student up to the age of 16 will be able to put themselves forward for election and will be mentored and supported throughout their campaign.

The Youth Town Council will be allocated a budget of £1000 to use on community projects.

The idea came about after the Mayor of Portland, Councillor Sue Cocking took part in a Demos Kratos presentation at Atlantic which involved explaining the part politics plays in the lives of people.

Cllr Cocking, who brought along some of her town councillors, was left inspired to make a change. She told the Dorset Echo: ‘’I’m really passionate about Portland and I’m passionate about young people. It’s cheesy to say I want to give them aspirations but it is about aspirations and wanting them to think bigger and better.

‘’I was so impressed by the questions from the students – some of them were more sensible than the ones we get at council meetings!

‘’I thought it would be a lost opportunity not to give them a Youth Town Council.’’ 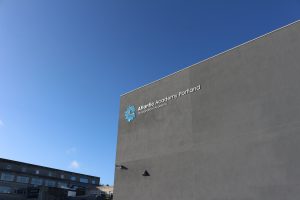 The deadline for submitting interest in election is February 10th. All candidates will practise hustings with Portland Town Council at Portland Community Venue and Atlantic Academy.

Ideas mooted so far by students include improving the bus service in Portland and tackling pollution.

Josh Ford, 15, a Year 11 pupil at Atlantic, will be helping to mentor the students who put themselves forward for election. He said it was a fantastic opportunity for youngsters to influence and make a positive change.

Said Josh: ‘’The Youth Town Council will give us a voice, a sense of leadership and a sense of belonging. It will make us feel involved in helping to run our community.

‘’Topics such as pollution need to be dealt with, the buses could be better and more could be done about homelessness in Portland.

‘’I’ve always been interested in politics and who knows, being part of the Youth Town Council could eventually lead to me being the next Prime Minister!’’

Fellow Year 11 student Rosie Wadley, 16, added: ‘’The Youth Town Council will allow our ideas to be listened to.

‘’They are listened to at school but in the wider community decisions are made by adults. I would like to see more social groups and sporting activities for young people in Portland so that we can spend our time in a more positive way.’’

Pupils elected will able to feed into the current work that the Town Council is doing, come up with their own ideas and be in a position to put their own aspirations into action. 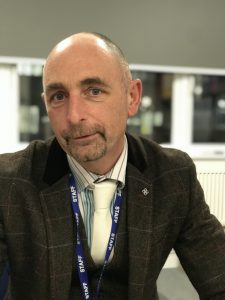 Angus Dawson, Assistant Principal at Atlantic, which is part of the Aspirations Academies Trust, organised the Demos Kratos (Rule by the People) event as part of the school’s No Limits curriculum.

Mr Dawson said: ‘’We wanted the students to see how the democratic process facilitates change in the local community. Cllr Cocking and her town councillors staged a mock council meeting for our Year 7 pupils so that they could see the mechanics of a town council meeting.

‘’The Mayor of Portland was so enthused by her experience she said the school should think about setting up a Youth Town Council.

‘’She wanted to set up a Youth Town Council on Portland to empower young people on the island.’’

The election of 15 representatives will take place on April 2nd 2020.