Pupils at a Weymouth school marked Windrush Day with a range of creative projects which allowed them to express their thoughts on racism and equality.

Year 7 and 8 pupils at Budmouth Academy worked on a number of home school projects which allowed them to celebrate the British Caribbean community and the hundreds of thousands of people who travelled to the UK after the Second World War. Many of the migrants had high hopes and expectations but instead found themselves facing discrimination and racism. 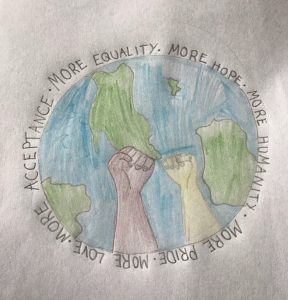 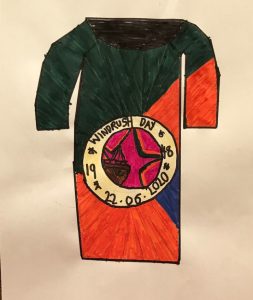 The history project allowed the students to bring the current Black Lives Matter global protests into the conversation and also discuss racism and equality in general.

Jasmine Robson-Rowell, a 12-year-old student at Budmouth, wrote a poem titled ‘A Poem About Equality’. 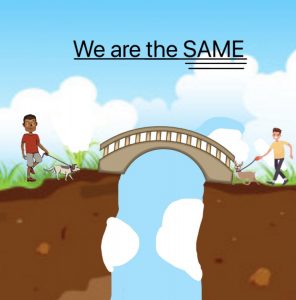 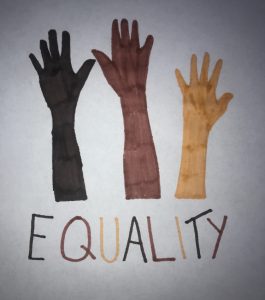 She told the Dorset Echo: “I decided to write the poem based around how I’m feeling [after watching Black Lives Matter protests] and nobody should judge anybody by the colour of their skin. We are all equal and we should be kind and respectful to one another regardless of race. The project made me think about the Windrush generation and how disrespectfully they were treated because of the colour of their skin and we are still disrespectful. The message in my poem is that hundreds of years later this [racism] is still going on and if we don’t stop now when are we ever going to stop?’’

According to data from the 2011 census, Dorset has much lower levels (just under five per cent) of black and minority ethnic residents than the country as a whole.

History teacher Hannah Samways said students at the school are aware they do not live in a particularly diverse area but were keen to discuss the Black Lives Matter protests and the Windrush project provided the perfect opportunity to do this.

She said: “I wanted them to realise that we have legislation like the Race Relations Act and the law can change but attitudes of people don’t change in line with that.

“As we discussed various topics they began to realise that this [tackling racism] is a part of their lives and they can speak up and say something and be an upstander instead of a bystander.” 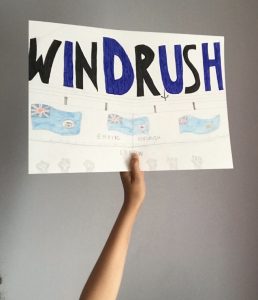