Traditional patterns of routine and timetables for schools have been turned upside down as the country combats COVID-19.

This has meant that in some schools, teachers have had to sacrifice their Easter break in order to provide childcare for students whose parents are key-workers.

At Oak Hill Academy, however, teaching staff were granted this much-deserved time off, thanks to a two-week activity camp, hosted by Premier Education. 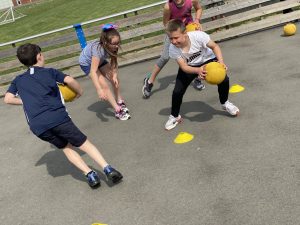 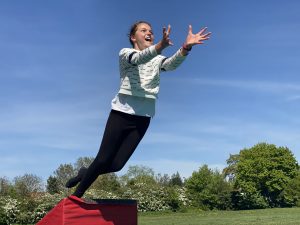 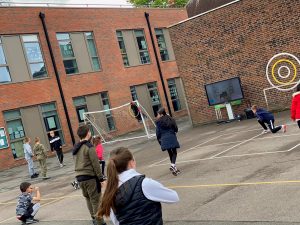 Premier already run P.E. programmes at both Oak Hill Academy and Oriel Academy during term-time, but decided to hold a comprehensive holiday camp at the school over Easter that included sports, arts and crafts and learning activities, as well as basic childcare provision, so that teaching staff would not have to come in to school.

Jake Findlay, Team Leader at Premier Twickenham and Staines, and who led the holiday camp over the Easter period, said: “This was a really good opportunity for us to support our local schools, as well as supporting the NHS and the parents that work in key-worker roles.”

“We have a longstanding tradition of helping vulnerable people, by helping them improve their lifestyles, so it made sense for us to help out here too.”

Throughout the holiday camp, Mr Findlay and his colleagues, Jean Fourie and Ben O’Reilly, ran activities that encouraged the children to work as a team, whilst competing in a points-based system to make the camp competitive.

“We played rounders, cricket, dodgeball, we created a ‘footgolf’ course around the school as well. We were trying to come up with games that complied with social distancing measures, which can be quite challenging with 12-18 children in school at a time!” Jake added. 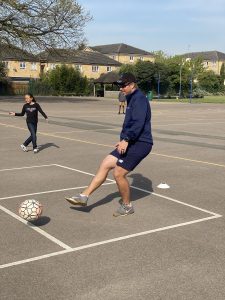 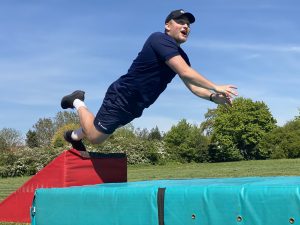 Although the Premier team at Oak Hill usually work on sports and P.E. activities, they also reinforced the children’s understanding of the current situation by leading activities like creating rainbow posters and chalk murals for the NHS staff working on the frontline of the crisis.

The Premier Team were more than happy to step in and support the Oak Hill teachers and the rest of the community, and the teachers were extremely appreciative that they were able to take some time off work to recuperate.

Mr Findlay said: “The teachers were really grateful. The Principal, Rachael Saim, was really thankful to us for running it and stepping up, as it meant that her staff were able to have a clear, two-week break.

“The parents were also over the moon with how it ran. They commented on the success of the holiday camp as students were left happy and occupied over the two-week break.”

Now that the school is back in term-time, teaching staff have returned to work at Oak Hill Academy feeling replenished, and Jake Findlay and his team continue to run the P.E. sessions with the students.