Construction is under way to modernise a sixth form college at a Weymouth school with a £1 million upgrade.

Budmouth Academy, based off Chickerell Road, said it is on course to unveil the transformation of its sixth form at an official opening by September after starting construction last month.

It means students studying for A-levels or vocational courses for the academic year that begins 2022/23 will do so in the new ‘state-of-the-art space’.

The current sixth form centre was originally built in the 1960s and is set to be replaced with a ‘sleek building’ complete with glass frontage, flat roof and a modern open plan area with multimedia study rooms. 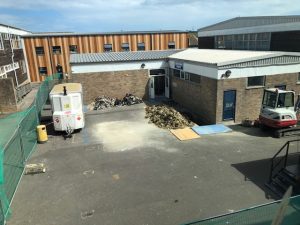 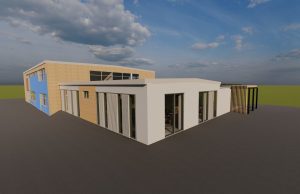 This will be the new-look for Budmouth’s sixth form

Above the ground floor space will be classrooms designed specifically for sixth form lessons.

As a a result of the construction, each subject taught in the sixth form has been moved to a fully equipped classroom which the school said has caused no disruption to teaching staff or the continuity of teaching provided. The same facilities and resources were/are said to be on hand.

A spokesman for the school also confirmed that the space where exams are sat and revision spaces have not been affected by the building work and are open as usual. 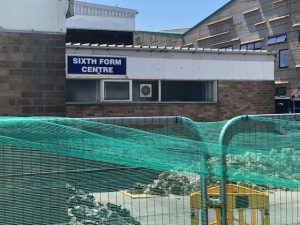 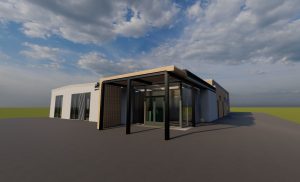 Budmouth Academy is the only secondary school in Weymouth with a sixth form and the school believes the will provide a sixth form for students ‘with a space which serves to house all their needs’.

Mark Henman, Head of Sixth Form at Budmouth, told the Dorset Echo: “The new space will serve to house all the needs of the students who stay on to study post-16.

“It’s exciting to see the building work under way and to know that a new modern building is only weeks away from being ready.”

The regeneration project is expected to cost in the region of £1 million and Budmouth’s Principal, Mike Hoffmann, said it will also give students a sense of community.

He said: “The space will form a sixth form teaching hub for lessons and also provide the students with space where they can study before or after lessons. The open plan areas allow for group work and collaboration and the hub aims to provide sixth form students with a sense of community.” 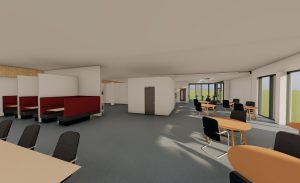 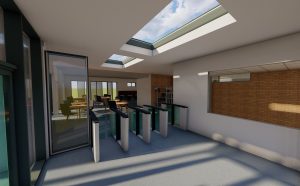