Students at Rivers Academy West London have been using the recent lockdown to express their creativity, by recreating famous works of art from around the world.

Inspired by a recent social media project organised by the Getty Museum in Los Angeles, students were tasked with using household objects to create pieces of art that resembled iconic contributions to the world’s best galleries and museums.

Students took inspiration from iconic artists such as Van Gogh, Banksy and Hokusai, while using household items such as umbrellas, bedding, crockery and even relatives!

Kathrine Richards, Coordinator of the Creative Arts at Rivers, decided to set this task for the students because it was accessible for everyone and could include the whole household.

She said: “It was a project that doesn’t require a lot of research or work, but also something that parents can help with, giving something for families to do together.

“Rather than giving students something to do where they go and sit on a computer and research, and then work on their own, it was an interactive project that is accessible and creative” she added.

The nature of the task meant that there was a lot of scope for freedom, interpretation and creativity for the students to get involved.

Additionally, because the government has encouraged everybody to stay at home during the coronavirus outbreak, it was important for Mrs Richards to reiterate to the students to only use items that were already around the house.

Kathrine was captivated by the response that the project received from students: “I was so, so impressed with the creativity that they showed.

“Not only that, but also the complexity of the paintings they chose, as some of them chose really serious works of art.

I originally thought that they would choose things like pop art or easy sculptures to replicate, but they really went for it! That was really nice because it meant that they also spent time researching and appreciating the works of art themselves as well.”

Find below the submissions from students across Key Stage 3, adjacent to the pieces of work that inspired their recreations.

‘The Son of Man’ by René Magritte, recreated by Luke Matthews, Year 7: 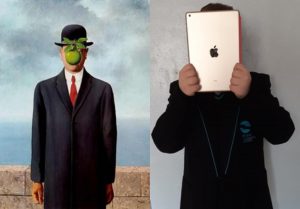 ‘The Virgin Mary with Christ’ by Carlo Crivelli, recreated by Nojus Mykolaitis, Year 8: 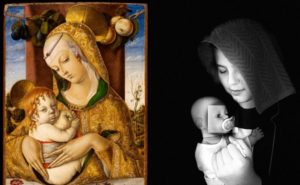 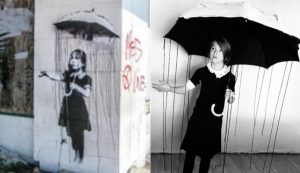 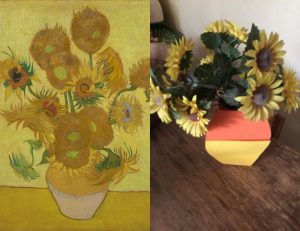 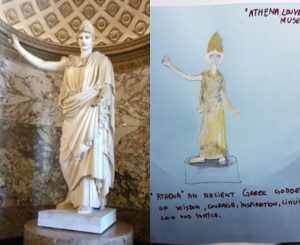