Do you dream of seeing your name in lights? Youth theatre group to host Taster Day at Wykham Theatre, Wykham Park Academy

After having to postpone their 2020 production due to the pandemic, the Youth of Banbury Operatic Society – Banbury’s multi-award winning youth theatre group – is thrilled to be back bigger than ever!

YOBOS are looking for anyone aged 11 to 19 with a passion for performing or backstage work to join them at the Taster Day for their latest production of In the Heights.

With a film adaption being released later this year and music by Lin-Manuel Miranda (Hamilton, Moana), YOBOS is looking for people to join them for the revolutionary musical.

The Taster Day for In the Heights takes place on Sunday May 23 at Wykham Theatre, Wykham Park Academy from 2 to 5pm and anyone aged 11 to 19 who is interested in either performing or working behind the scenes is invited to attend.

The event will follow Covid-19 safety regulations and those interested should sign up at www.YOBOS.co.uk by Saturday May 22 to confirm their place at the Taster Day. 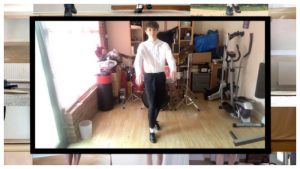 Ben Coleman, youth officer for YOBOS, told the Banbury Guardian: “The Taster Day is a chance for anyone aged 11 to 19 to come along to see if the show is for them. They will meet the team, pick up audition pieces, take part in fun activities and learn all about our exciting vision for In the Heights alongside others with similar interests.

“There is really something for everyone in this musical and, with the movie adaption due to come out the day before we start YOBOS Week, In the Heights is about to become the must-see show of the year. Come along and join us at the Taster Day to see if it’s for you.”

“The vision and style of this musical is something that Banbury has not seen before. We stage the musical at Banbury’s Wykham Theatre in one intensive week in the summer holidays and the results have always been outstanding – nobody believes we can achieve what we do in just one week.” 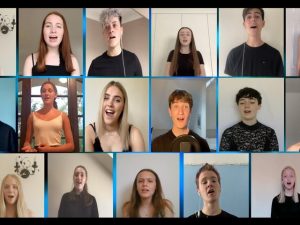 YOBOS is a non-profit group created in 2003, as an exciting musical theatre project giving young people in the Banbury and North Oxfordshire area a taste of what it’s like to be in a West End style musical production.

YOBOS’ high quality productions have resulted in them gaining national recognition, winning multiple awards for their work. YOBOS members have also gone on to top UK Drama Schools as well as starring in productions across the country including lead roles in London’s West End.

Ben said: “We were devastated to have to postpone In the Heights last year due to the pandemic.

“We were able to hold a Taster Day prior to Lockdown which saw over 50 young people in attendance.”

Following the postponement of In the Heights, YOBOS immediately began work on a back up plan and produced an hour long digital concert entitled ‘The Lockdown Look Back’ to raise money for YOBOS, Katharine House Hospice and Banbury Young Homelessness Project.

Ben added: “The commitment and hard work by our cast was incredible. They filmed multiple musical numbers in their own homes and all singing and dancing rehearsals were held over Zoom. The concert was utterly incredible and we raised over £1,000 for worthy local causes.”

Ben said the group also has plans in place in case circumstances change this year to ensure YOBOS doesn’t break its 17 years of summer schools.

He added: “We have an incredibly exciting back-up plan in place in case the situation changes which we will be announcing at our Taster Day.

“YOBOS is run by volunteers and our only aim is to give young people in the area an incredible experience. We intend to do that this year in one form or another.”