Duchess of Cambridge’s charity, Place2Be, helps pupils at Dashwood & Harriers to settle back into school post-lockdown

Pupils at Harriers and Dashwood are benefitting from a system of measures, designed to boost their happiness, which have been endorsed by the Duchess of Cambridge.

The two primaries are part of the Aspirations Academies Trust and are also partner schools of mental health charity Place2Be, which has Kate Middleton as its patron.

A working party was set up between Place2Be, Dashwood and Harriers prior to lockdown, with the charity helping the schools by highlighting strategies and methods proven to help children feel calm in classrooms.

A practice known as Zones of Regulation, designed to encourage children to self-regulate their emotions, was introduced. This helps youngsters categorise the different ways in which they feel and their states of alertness into four concrete coloured zones. 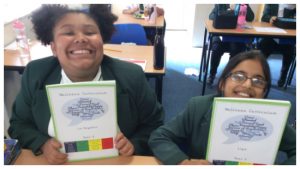 Following the return to school post-lockdown, staff at Dashwood and Harriers have built on this foundation set.

Amy Rogers, principal at Dashwood, said: ‘’The children have now been taught how to calm themselves down if they’re feeling emotional.
‘’This term we’ve upped the wellbeing sessions in place and provided more opportunities for the children to talk about their emotions and we’ve upped the level of 1-to-1 support to give them more help and understanding post-lockdown.

‘’The students have also been given a mental wellbeing book this term, which they use as a jotter to refer to when discussing their feelings.’’

Place2Be is a charity with 25 years of experience working with pupils, families and staff in UK schools. Since her patronage began in 2013, Kate has helped to shine a spotlight on the organisation’s vital work across the country. 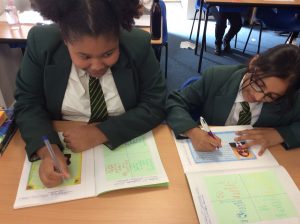 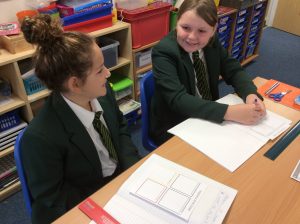 Annelise Gooch, assistant headteacher at Dashwood, is responsible for overseeing behaviour and wellbeing strategies at the school.

In addition to the practices outlined by Place2Be, pupils are also using the forest school allocated at the back of the academy to boost mental health through physical and outdoor activities.

Miss Gooch said: ‘’It’s important to be mindful that young children cannot sit for too long so we take them out for a Daily Mile [walk]. We also use play as an opportunity for them to talk about their feelings for example when they’re playing with lego or a toy.’’ 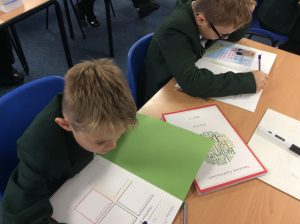 At nearby Harriers Academy, Jo Agate, deputy principal, said pupils are happy to be back at school and the start of the term has also been spent making sure the students feel secure and nurtured.
She said: ‘’We’ve made sure that they’ve had plenty of time to talk and engaged them in ‘low stake’ activities to help them settle back in to school life.’’

Place2Be was founded in 1994 and has grown from supporting a handful of inner London schools, to working with more than 600 schools nationwide.
It was set up by Dame Benny Refson DBE to provide emotional support to children at an early age. She was inspired by a Family Service Unit (FSU) project in Southwark called ‘The Place to Be’ which had placed a counsellor in a primary school.

Place2Be is a founding partner of Heads Together, the mental health initiative spearheaded by The Royal Foundation of The Duke and Duchess of Cambridge.