His grandmother is a passionate Portland campaigner and councillor.

So it will come as little surprise that 14-year-old Josh Pepper has decided to follow in her footsteps and put himself forward for a seat on Portland’s first Youth Town Council.

The teenager is one of the first Atlantic Academy pupils to do so and admits his grandmother, Cathy Atkins, influenced his decision (he is pictured below with his grandmother).

He told the Dorset Echo: ‘’I chat to my grandmother a lot about what is going on in the local community. She was voted in to Portland Town Council last year and I enjoyed helping her with her campaign.

‘’I think the Youth Town Council is a great idea as it gives young people the space to talk about what they want.

‘’I’m very passionate about environmental issues and I’m keen to focus on things that benefit the community. I think we should make it more accessible for the kids to get to school as so many of them come from Underhill so it would be great to make bus passes easier for them.’’ 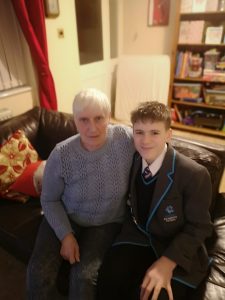 The Youth Town Council was launched in January this year and is open to any Atlantic Academy student up to the age of 16.

All candidates standing have been given a deadline of Monday March 16th to present their manifestos. They will also be mentored and supported during their campaign.

There are spaces for 15 youth town councillors and they will represent Underhill, Tophill East and Tophill West. The YTC will be allocated a budget of £1,000 to spend on community projects.

Mrs Atkins said she was proud of her grandson for putting himself forward for nomination. She said: ‘’Young people are the councillors of tomorrow and I think it’s a good idea that Josh is choosing to stand.

‘’When I told him that I would be standing last year he was very supportive.

‘’Josh has always been supportive of me and we chat about things that are going on in the community so he has always had an interest.’’

Mayor of Portland, Cllr Sue Cocking is the force behind the Youth Town Council and said she was inspired to make a change after taking part in a Demos Kratos presentation at Atlantic which involved explaining the part politics plays in the lives of people.

She said: ‘’It’s important that the youth council is represented by a diverse range of students, whatever their abilities maybe.

‘’Once the Youth Council is established we want to include students who may go to other schools on or off the Island or are home-educated and for them to be involved in decision making about their community and take part in projects on Portland.

“One of the benefits of the Youth Council will be that young people will feel that there are valued and their voices heard, this will inspire and empower them to believe in themselves and have a greater confidence once they have left education and join the work place.’’

The youth town council election has the personal endorsement of local MP, Mr Richard Drax, and will be officiated by Mr Matt Prosser the CEO of Dorset County Council. 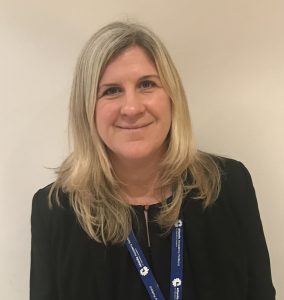 Once student candidates have published their manifestos they will then prepare for the hustings that will take place at the end of March. The election of the youth town councillors will involve all young people from Portland (Years 5 to 11) voting on the 2nd of April, with the result being announced the following day by the official returning officer, Mr Prosser.

Lesley Bishop, Principal of Atlantic Academy (pictured above), said: ‘’We are really pleased to be working so closely with Portland Mayor, Cllr Sue Cocking, who has been a real champion for Atlantic students and the Portland Community.

‘’We are proud of what our students have achieved so far and look forward to them being able to influence public decision making, and improve facilities and services for young people in Portland.’’