Forget Love Island & Eastenders: Park Academy students as young as 12 are given lessons in healthy relationships

Pupils as young as 12 are being taught how to develop healthy relationships and avoid being influenced by TV shows like Love Island or Eastenders.

Experts said these popular programmes encourage youngsters to view ‘’sexual contact as currency’’ or to expect relationships to be ‘’volatile”.

Aware that the internet, reality TV and soaps promote an often-unhealthy view of intimacy, one area of focus under the Government’s new sex education curriculum is teaching students how to tell the difference between relationships that appear on screen and online and how they should be in real life. 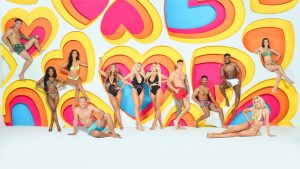 Students in Year 8 at Park Academy West London academy recently spent several hours discussing the differences and the common traits of friendship, romance and the appropriate moment to take a relationship to the next level.

The session was led by Vanya Harris (pictured below), 43, a teacher at the Hillingdon school. Although the Government’s new sex education framework does not come into force until this September, it is already being rolled out in schools across the country.

Ms Harris, who is Wellness Lead at the school, told Yahoo News & the Hillingdon Times: ‘’Sexual contact has become currency and it’s become akin to a handshake.

‘’It’s important for teenagers to realise they can have a platonic friendship and it doesn’t have to lead to sex.

‘’On shows like Love Island, it doesn’t make good viewing to see a relationship slowly build up over many weeks, so they see a relationship build up over a few hours. And it’s not about getting to know someone properly, finding out about their personality, intelligence or if they know any good jokes. There’s no mystery, it’s based heavily on the physical aspects. Shows like this spread ultra-sexualised images to children and body shapes that are not always natural. I would rather the boys and girls in my class learn the importance of using their intelligence, wit and charm as a currency rather than their sexuality and trying to attain a body image that isn’t always healthy.

‘’Then you have a show like Eastenders which is based on extremes and volatility. This is entertainment after all, but this breeds an ‘I’m going to create a big scene and a drama’ mentality. This is not how positive, quality relationships unfold in real life.’’ 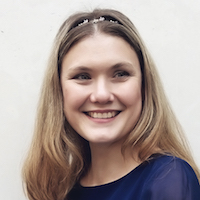 The update to guidance on sex education, the first in 20 years, was announced by former Education Secretary Damien Hinds in 2019. He said at the time: ‘’The internet and social media add new pressures that just weren’t there even one generation ago. So many things about the way people interact have changed, and this new world, seamless between online and offline, can be difficult to navigate.’’

In addition to discussing relationships, the new sex education framework will also see primary and secondary pupils taught how to protect their mental health and how to stay safe online.

The plans set out by the Government aim to provide a deliberately holistic curriculum that not only focuses on subjects but on wider learning and about equipping students for a healthy life after school.

Ms Harris said the decision to target Year 8 pupils aged between 12 and 13 was deliberate: ‘’It is about catching them early and thinking let’s discuss this before it’s too late and they make bad decisions that they feel they can’t turnaround from. At this age they are starting to find their feet when it comes to relationships and they are wanting to couple up. A negative experience can damage their mental health and wellbeing.

‘’And what I’m trying to do is get them to understand that friendship and romance have a lot of common qualities but they are also very different.

‘’The classes are tailored to tackle the issues and hopefully stop them from getting into a situation that they regret and not confuse, ‘I really like talking to him/her with I’m going to his/her house to sleep with him/her.’

‘’It’s about teaching children how to identify what a positive and healthy relationship is and to empower them to make positive decisions and not rely solely on the less healthy examples set by some entertainment programmes and media.’’