Former Britain’s Got Talent champion reveals all about Spelbound, Simon Cowell, 2012 Olympics and the support from teachers at Rivers

“I can honestly say, on live TV, that was one of the most astonishing things I’ve ever seen.”

This was the praise from Simon Cowell given to Lauren Kemp and her Spelbound teammates at the Britain’s Got Talent final in 2010.

The remarkable tribute, from one of the biggest names in showbusiness, followed a mesmerising performance by the Heathrow-based gymnastic troupe.

It impressed the British public enough to see them crowned as champions of the fourth series of the hit ITV talent show.

In this wide-ranging interview, Lauren, now 28, reflects on her experience in gymnastics with Aspirations Academies Trust, as she looks back at the moment that defined her career.

She discusses winning Britain’s Got Talent, performing at the London 2012 Olympics, touring the United Kingdom, and everything that has happened since. 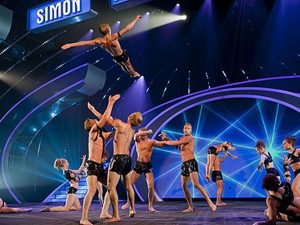 Lauren is the first to admit that her success came at a price. She juggled school and homework with a rigorous training schedule, and sacrificed socialising and having fun with friends to commit herself to gymnastics. However Lauren is also quick to praise her teachers, many of whom work at Rivers Academy, Feltham, for their support.

She said: “I would train for at least three hours every evening, usually 6pm until 9pm, for five days a week. As well as this, I would also train in two mornings per week before school!

“The school were so incredible with my training schedule and allowed me to be relatively flexible, showing me the most amazing support when I needed it!”

Recalling Cowell’s ecstatic response to Spelbound’s performance during the BGT final, Lauren said: “That moment is something that you can’t even describe. It is just the weirdest thing!

“We didn’t expect it at all. Everyone else seemed so sure that we would win but we never thought that. People were even putting bets on us!” Lauren said. 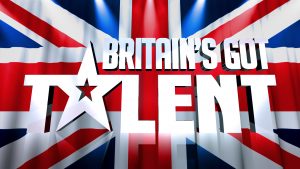 Lauren was 17 when Spelbound were formed. An ITV casting agent approached the gym that she had attended from when she was four years old, and asked if they would be willing to form a group to enter Britain’s most famous talent competition.

“It all happened really quickly! We went to an initial audition with just the producers at London’s ExCel in November 2009, where we were supposed to audition in a small room, where everyone else completes their auditions.

“Because of the nature of our act, we couldn’t fit our audition in the small room as the ceiling was too low, so we had to perform our audition in front of all of the other people that were auditioning!

“That was really intimidating and embarrassing for us, but it also made quite a few heads turn and made people ask ‘oh my god, who are these people?’

“They contacted us after Christmas to let us know that we were through to the second audition in Hammersmith in the February, in front of the judges and a live audience.”

At their second audition, the gymnastic troupe received a standing ovation from most of the audience and from Amanda Holden, as the judges unanimously sent them through to the live finals.

At the finals, Spelbound cruised through the semi-final, before amazing the judges and audience with a spectacular final performance, which included one of the gymnasts being thrown over the judges’ panel. 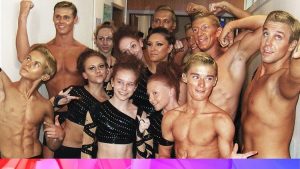 Back at home, the local community in Feltham had got firmly behind Lauren and her Spelbound teammates, as there were posters everywhere and all of the students at Rivers Academy were encouraging people to vote for them.

In front of 15 million viewers, Spelbound were crowned champions of Britain’s Got Talent 2010, winning £100,000 to split between the seven boys and six girls in the group, as well as a performance at the Royal Variety Show, in front of HRH the Prince of Wales and Camilla, Duchess of Cornwall.

On top of this, members of the local community attended an open-top bus parade through Ashford and Staines to celebrate the groups success.

Lauren said: “We performed at the Royal Variety Show and then we were actually the last season that was able to go out and tour the United Kingdom with our fellow contestants after the show ended.

“The tour was great because we were able to spend time with friends that we had made from the show, even if we were training for the World Championships at the time!

“My highlight, however, was definitely being able to perform at the London 2012 Olympic Games Closing Ceremony. It was amazing. Hearing the roar of the crowd in that stadium was the most surreal feeling ever!” she added. 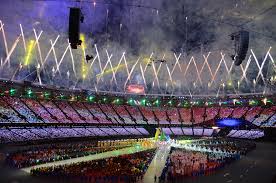 After winning the show, Lauren and her teammates were signed to Simon Cowell’s management, so they maintained a professional relationship with the talent show expert.

“Simon was so lovely and nice! Because we were signed to a contract with Simon after the show, he would be in contact with us regarding any shows that we did in the six months or so after BGT. We also went to his offices to go through everything and sign a contract which was really cool!

“In the live shows, Simon would come down to the dressing room to wish us luck and he was so lovely. After we won, he invited us into his dressing room and congratulated us properly and stuff, which was just really nice.”

The once-in-a-lifetime performance at the 2012 London Olympics was to be the final Spelbound performance of Lauren’s gymnastics career, as she would then retire from the sport.

Lauren said: “It’s a difficult situation. The girl that we would throw around got a little too big and we couldn’t be given an alternative top to work with because obviously it can take years to get that bond and work well together.

“It was the right time though, as we had done the BGT tour and had just finished at the Olympics too, so it was the perfect time to end on a high.” 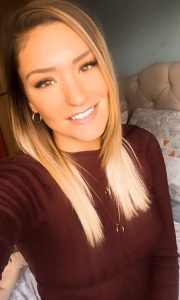 Since her retirement from gymnastics, Lauren has spent her time working and exploring the world, having recently returned to West London from travelling South East Asia and New Zealand, where she also became engaged to her fiancé!

She is now focussing her energy on pursuing her career in cyber security and preparing for her marriage, but will always have extremely fond memories of Britain’s Got Talent and her gymnastics success with Spelbound.