So you’ve finished your GCSEs and you’re thinking about the next step…A-levels, a vocational qualification or an apprenticeship?

At Budmouth Academy, students considering their next steps post-16 have a range of options available to them and a supportive environment where their goals for the future are nurtured and realised.

Up to 30 A levels are available alongside 7 vocational courses which can be taken in combination with each other or separately. There is a strong pastoral support system to ensure that students are both happy and successful at Budmouth.

Sessions on employability skills – through the Aspirations Employability Diploma – and work experience are also provided.

One afternoon a week on a Wednesday, students are off timetable and encouraged to put down their books and focus instead on enrichment activities whether that’s dance, drama, sport or volunteer work. Extra-curricular activities include Ten Tors, the Combined Cadet Force and trips abroad to an array of destinations from Ecuador, Iceland to  New York and even NASA!

With so much to offer it’s no wonder former students have so many happy memories of their time at Budmouth’s Sixth Form.

Here, in this article, originally published in the Dorset Echo, they reveal why choosing to study at Budmouth provided them with the stepping stones to success.

To apply for a place or to find out more about Budmouth’s Sixth Form email: JCockings@budmouth-aspirations.org  or telephone 01305 830 560. 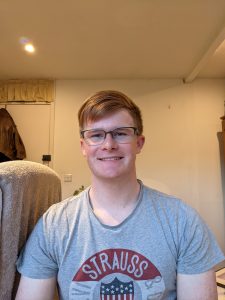 Henry Bell,19, is a former All Saints Academy student who chose to study for his A-levels at Budmouth Academy. He achieved an A* for Product Design, A*Maths, A in Further Maths and an A for Physics. He is now in his second year at Bristol University studying Aerospace Engineering.

Elaborating on his decision to choose Budmouth post-16, Henry said: ‘’Studying for my A-levels at Budmouth’s Sixth Form made the most sense to me. I could have gone to a Sixth Form much further away but there was no real reason to do so. I had my friends at Budmouth and all the teachers were brilliant, they were very knowledgeable and supportive which made the experience enjoyable. There were also good resources and facilities available.’’

Henry went on the annual NASA trip organised for Year 12 students and also led a group of students involved in a satellite project. He also took part in a trip to Ecuador.

He said: ‘’I had a fantastic time at Budmouth Academy’s Sixth Form and I would highly recommend it to any other student thinking about their next steps Post-16. I learnt so much and was given so many opportunities.’’ 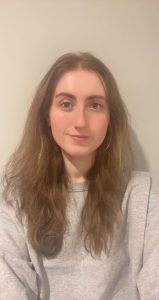 Erin Stow is a former President of Budmouth’s Student Union Executive. The 20-year-old is currently at Exeter University studying International Relations. Erin started at Budmouth in Year 7 and chose to continue her academic journey at the school Post-16 studying for A-levels. She achieved: A* Business Studies, Maths: B, Biology: B, and an A for EPQ (Extended Project Qualification which is equivalent to 50% of an A-level).

Explaining why she chose to stay on at Budmouth, Erin said: ‘’I had a brilliant relationship with my teachers and the courses and A-levels on offer elsewhere were no better than those at Budmouth – there were no appealing factors at other establishments that made me think they were a better choice than Budmouth.’’

Erin said the approach to learning and teaching at Budmouth post-16 helped to prepare her brilliantly for life at university.

She said: ‘’Sixth Form is such a different experience and it did prepare me for what I needed to settle into academic life at university. Studying for A-levels is very different to GCSEs where information is served to you on a platter in comparison. This has stood me in good stead as arriving at Exeter, I knew I would have to work hard and be independently motivated.’’

Molly Rogers is at Cardiff University where she is studying for a BA in Modern Languages and Translation. The 19-year-old started at Budmouth in Year 7 and also chose to stay on at the academy to complete her A-levels. Molly took 4 A-levels and achieved a B for German, an A grade in Italian, an A for English Language and a C for Business Studies.

Molly said she chose to stay on at the academy to complete her A-levels because of the quality of the teaching on offer and the excellent working relationship she had with her teachers: ‘’I knew I wanted to go to university and I knew I would need A-levels. There was the option to go elsewhere but I didn’t want to do that. I knew all the teachers at Budmouth and I especially liked my German teachers and their way of teaching – this was a big factor in choosing to stay at Budmouth. I also enjoyed the freedom that I had when I was studying for my A-levels at Budmouth and I always knew a teacher was available to provide support if I needed it. There were good resources for studying – there were lots of different options.’’

Every Wednesday students at Budmouth’s Sixth Form are off-timetable in the afternoon to allow them to spend time on enrichment activities. Molly spent time with her friends playing sport and said she found it a useful way to de-stress.

The relaxed and happy atmosphere at Budmouth’s Sixth Form also provides the perfect environment to make new friendships. Molly reveals it is where she struck up a friendship with Brett Altoft who is now her boyfriend.

She said: ‘’I had a great time at Budmouth’s Sixth Form and would highly recommend it to other students thinking about their next steps post-16.’’

Brett Altoft is also now working in Cardiff at DS Smith Shared Service Centre. The 19-year-old originally applied for an apprenticeship but after impressing his employers with his proficiency in German – he credits his MFL teachers at Budmouth for this skill – he was offered a full-time role with greater seniority. Brett works in the finance department of the company and regularly uses his A-level German when dealing with companies abroad. Brett studied A-level German and achieved a B, secured a C for his EPQ (Extended Project Qualification & equivalent to 50% of an A-level) and a pass for his Engineering A-level.

Brett said: ‘’I started in Year 7 and was more than happy to stay on because I knew the teachers well and I especially like my German teachers – I loved my German lessons so much that if I could take them again I would! When I applied for my current role I had to do a segment that involved live translating and it was hard but the quality of my German saw me through and helped me get the job – I owe my German teachers a huge thanks. The support from all our teachers at Budmouth was great, my friends were there and I just felt so comfortable. I felt I could be what I wanted to be and express myself.’’

Budmouth Academy is part of the Aspirations Academies Trust and all schools that are part of the trust offer an Aspirations Employability Diploma to all post-16 students. The course provides all students with the skills they need to thrive in the workplace and is especially useful for students considering an apprenticeship. Brett said: ‘’I always knew I wanted to go into the workplace after my post-16 studies and I had a lot of support to help me work through what I wanted to do. There was an expert that came in to talk to us and she provided lots of information about apprenticeships. Budmouth Academy’s Sixth Form was a great place to learn.’’