Four Magna students make local & national headlines after pushing pensioner, 90, in his broken-down buggy for a MILE to get him home

Others had walked by or not noticed, but four Magna Academy students realised 90-year-old Alan Stanyon needed help.
The battery in his mobility scooter had died, leaving him stranded and in distress.

Harley Donworth-Kent, Kaden Rocha, Finlay Hamilton and Jack Murphy did not hesitate to step in and offer their assistance. They pushed his scooter all the way back to his home on Bader Road in Poole, just under a mile away. 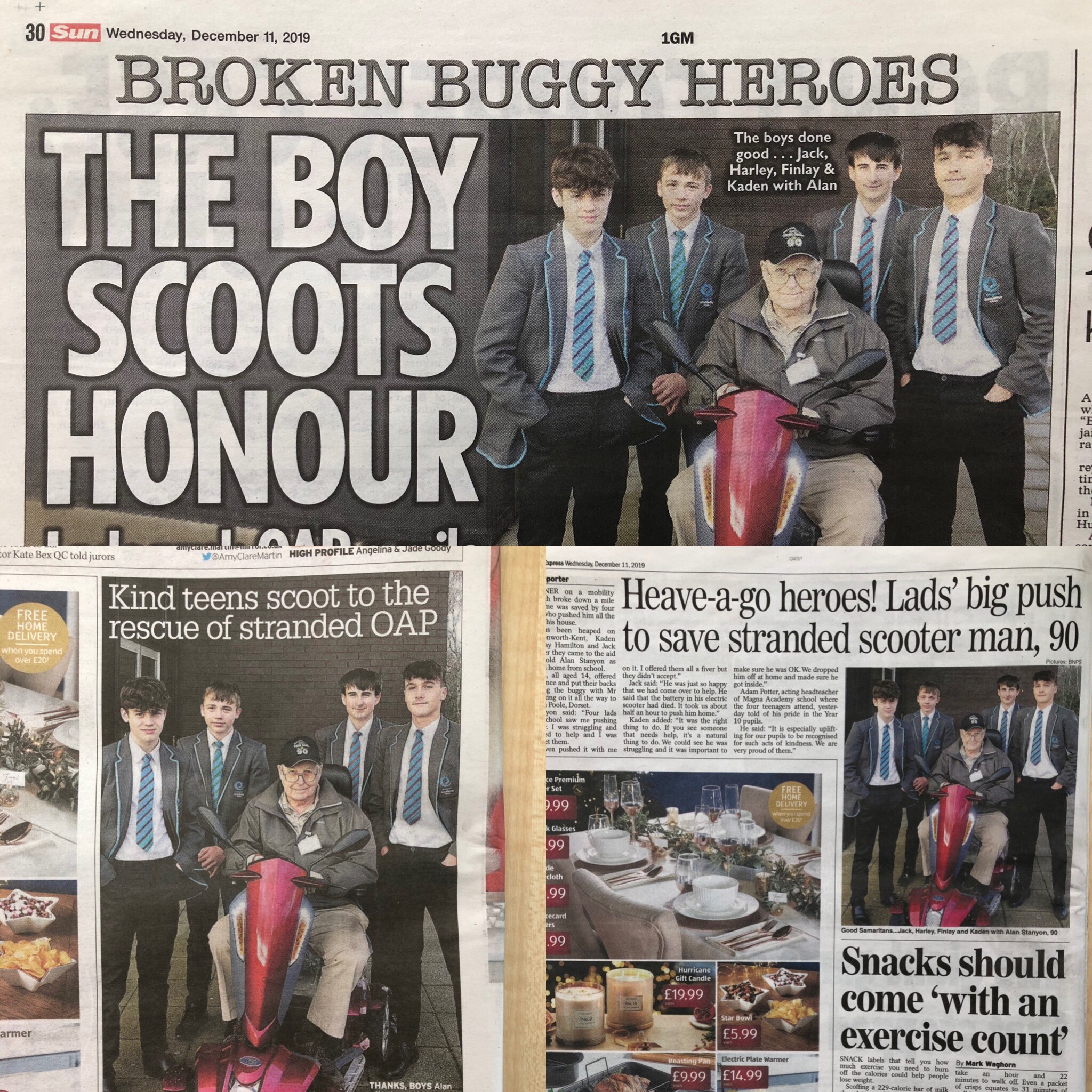 Mr Stanyon told the Bournemouth Echo: “Four lads from the school saw me pushing it and came along and pushed it for me all the way home.

“I was struggling and they offered to help and I was willing to let them. They even pushed it with me on it.

“I offered them all a fiver but they didn’t accept.” 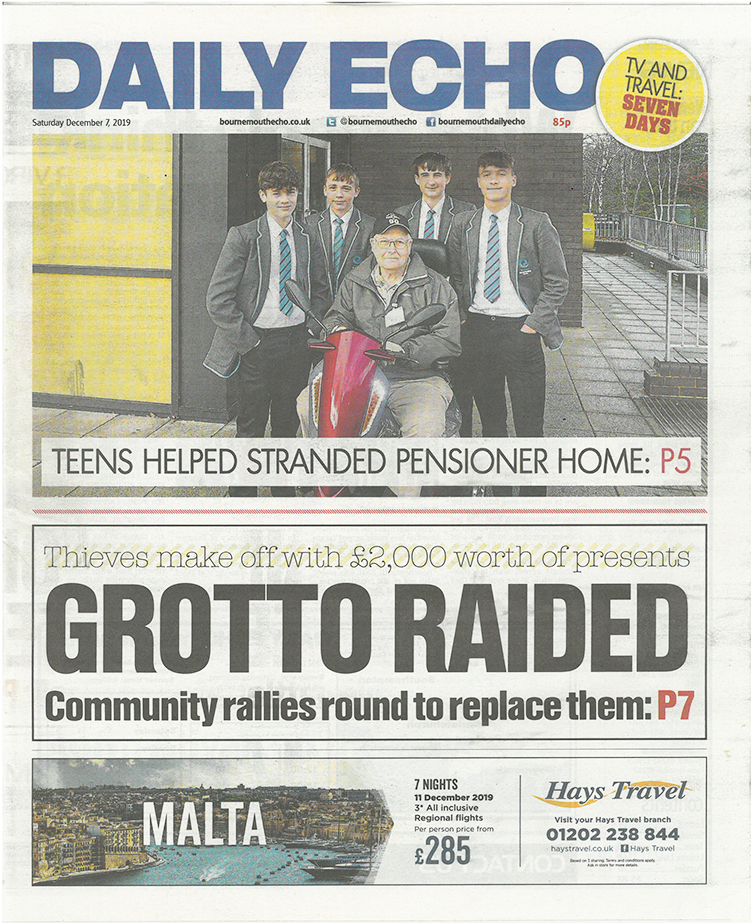 The teenagers, all 14, said they spotted Mr Stanyon shortly after leaving Poole’s Magna Academy as they headed towards the Broadstone area.

Jack Murphy said: “He was just so happy that we had come over to help. He said that the battery in his electric scooter had died.

“It took us about half an hour to push him home.”

Friend Kaden Rocha added: “It was the right thing to do to help him. If you see someone that needs help, it’s a natural thing to do.

“We could see he was struggling and it was important to check to make sure he was ok. We dropped him off home and made sure he got inside ok.” 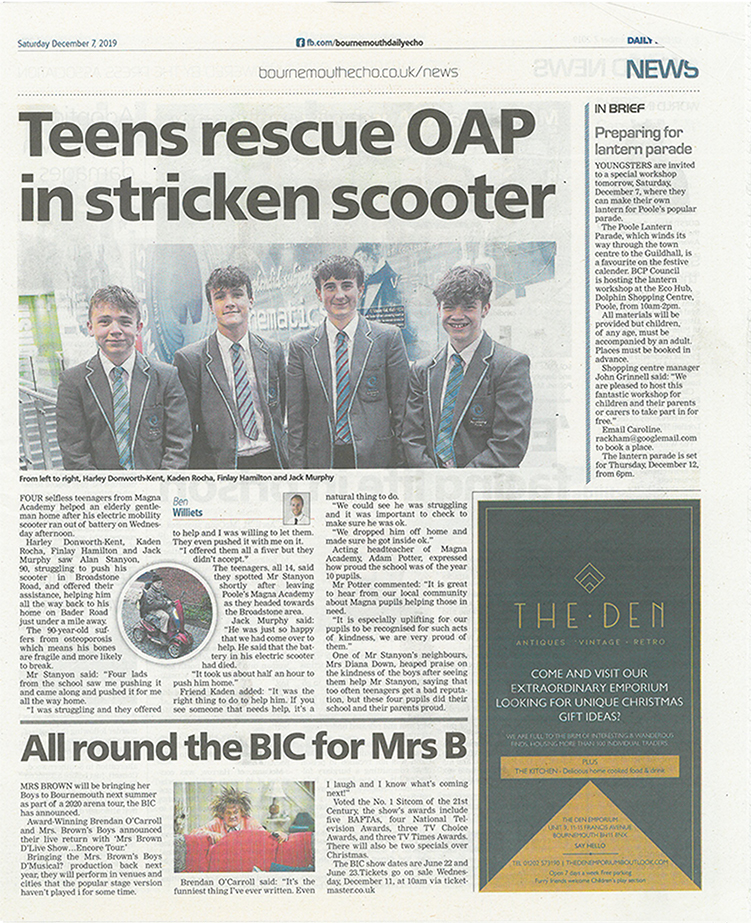 Acting headteacher of Magna Academy, Adam Potter, expressed how proud the school was of the year 10 pupils.

Mr Potter commented: “It is great to hear from our local community about Magna pupils helping those in need.

“It is especially uplifting for our pupils to be recognised for such acts of kindness, we are very proud of them.”

One of Mr Stanyon’s neighbours, Mrs Diana Down, contacted Magna Academy to heap praise on the kindness of the boys after witnessing their actions.

She said that too often teenagers get a bad reputation, but these four pupils did their school and their parents proud.