Generous students at Magna Academy have raised a record number of food donations for the homeless and those in need this Christmas.

For the second year running the school is supporting Bournemouth’s Hope For Food.

The charity aims to help the homeless or those living in poverty by providing fresh food at its soup kitchens or food hampers.

The decision to donate to Hope For Food was made in 2018 and started as a staff-led appeal. This year it has been picked up by the Poole school’s Sixth Form students.

The enterprising pupils exceeded last year’s donations by challenging all the tutor groups from Years 7 to 13 to create their own hamper and offered a prize to the group that raised the most. 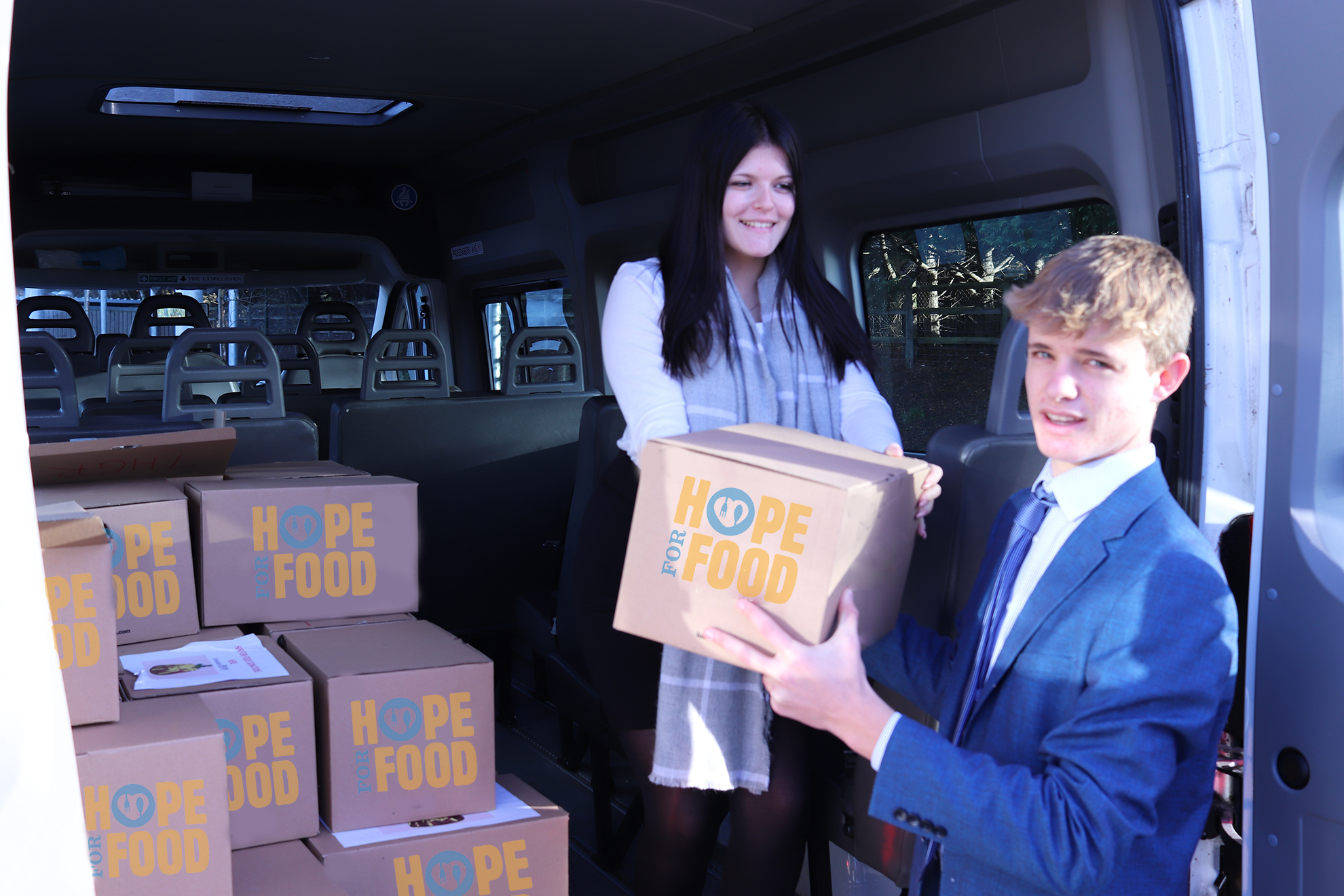 Magna Academy’s donation amounted to around 40 large boxes, largely consisting of canned and dried foods. They were presented to Hope For Food when the students and teacher Rebecca Halls visited the charity’s collection point at West Howe Industrial Estate.

Student Louise Punchard, one of the appeal organisers in Year 12, said: “We live in very difficult times and many people are finding it harder to cope than ever. Homelessness and poverty are especially cruel experiences at Christmas because it’s a time of joy and coming together for so many of us.”

Harry Harding, a fellow Year 12 charity organiser, added: “It really doesn’t take much to offer a little something and the collective power of a school to make a genuine difference is an opportunity we didn’t want to waste.” 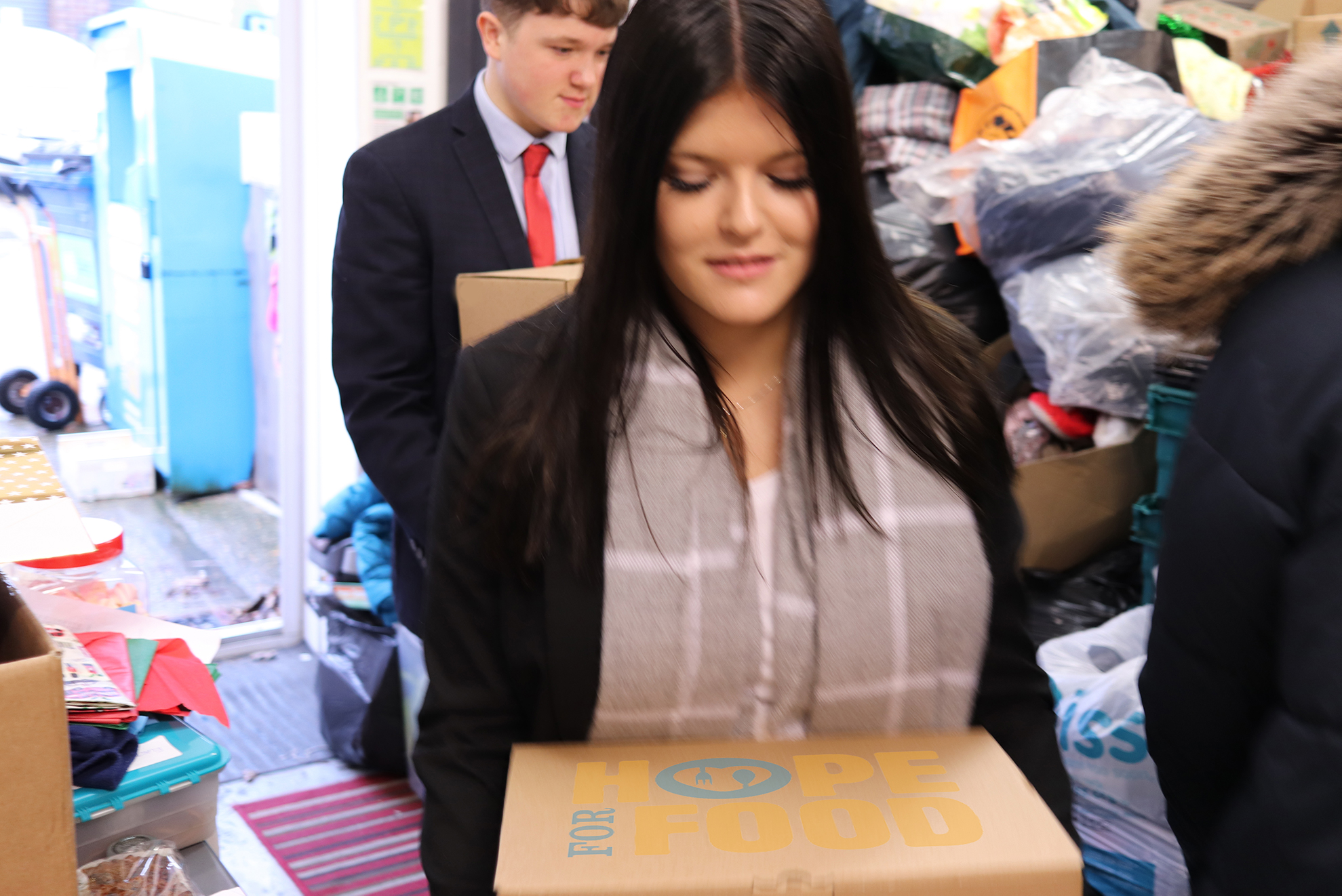 Mrs Halls, Head of Business and Magna’s Careers Officer, said: “These students have been brilliant in taking on the appeal this year. Hope For Food runs a fantastic operation, and not just at Christmas.

Poverty, hunger, despair and misfortune exist all year round and people who fall into need are supported by this charity five days a week, 52 weeks a year. They need volunteers and donations all the time.”