They are too young to have heard of George Formby but that has not stopped these seven and eight-year-olds from developing a love for the ukulele, the instrument he made famous.

As a special treat, the youngsters from Ocean Academy and their counterparts from nearby Jewell Academy, were invited to the Lighthouse Theatre in Poole to watch professionals play the four-stringed instrument.

The delighted children from Ocean, which is based in Bournemouth, happily posed up with members of George Hinchliffe’s Ukulele Orchestra of Great Britain to say thank you. 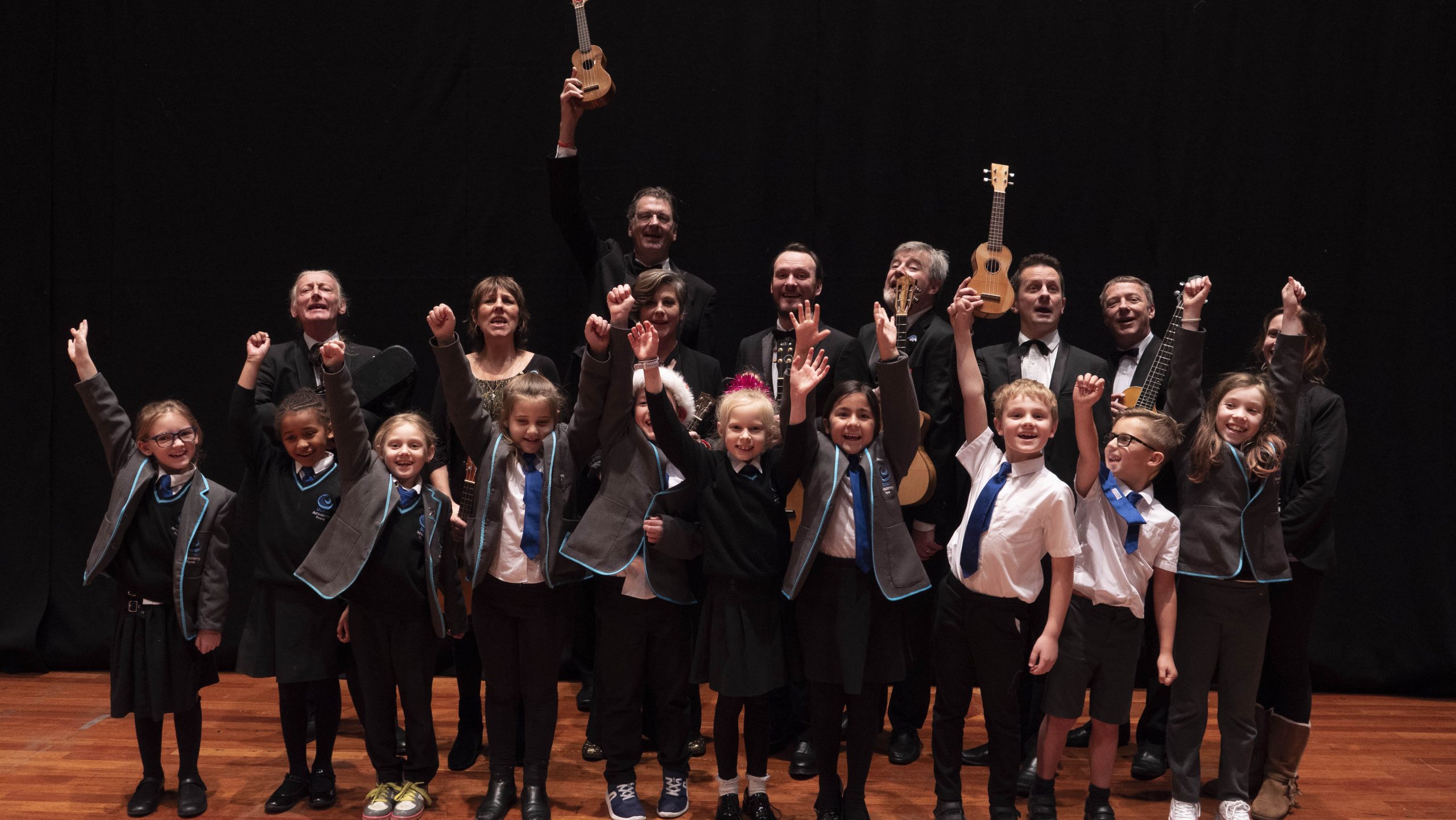 The Year 3s from Ocean Academy are learning to play the instrument, rather than the more traditional recorder, as part of the schools new music curriculum.

Chris Beedie, who teaches at both Aspirations Academies primary schools, said the ukulele allows students to play a transferable instrument before they leave primary school.

They have a chance to build up the basics of the ukulele in class and develop that over their years at Ocean Academy.

He said they thoroughly enjoyed their visit to the Lighthouse: ‘The children were clapping, dancing and singing to the great selection of songs the band played.’’

The children said: “The best bit was singing along to the songs.

“The band were really fun and played the ukulele great.”

The exclusive concert was commissioned by Bournemouth-based SoundStorm and fulfils one of its extension roles as a Music Education Hub set up by the Arts Council with the aim of ‘’providing access to large scale, high quality music experiences’’. 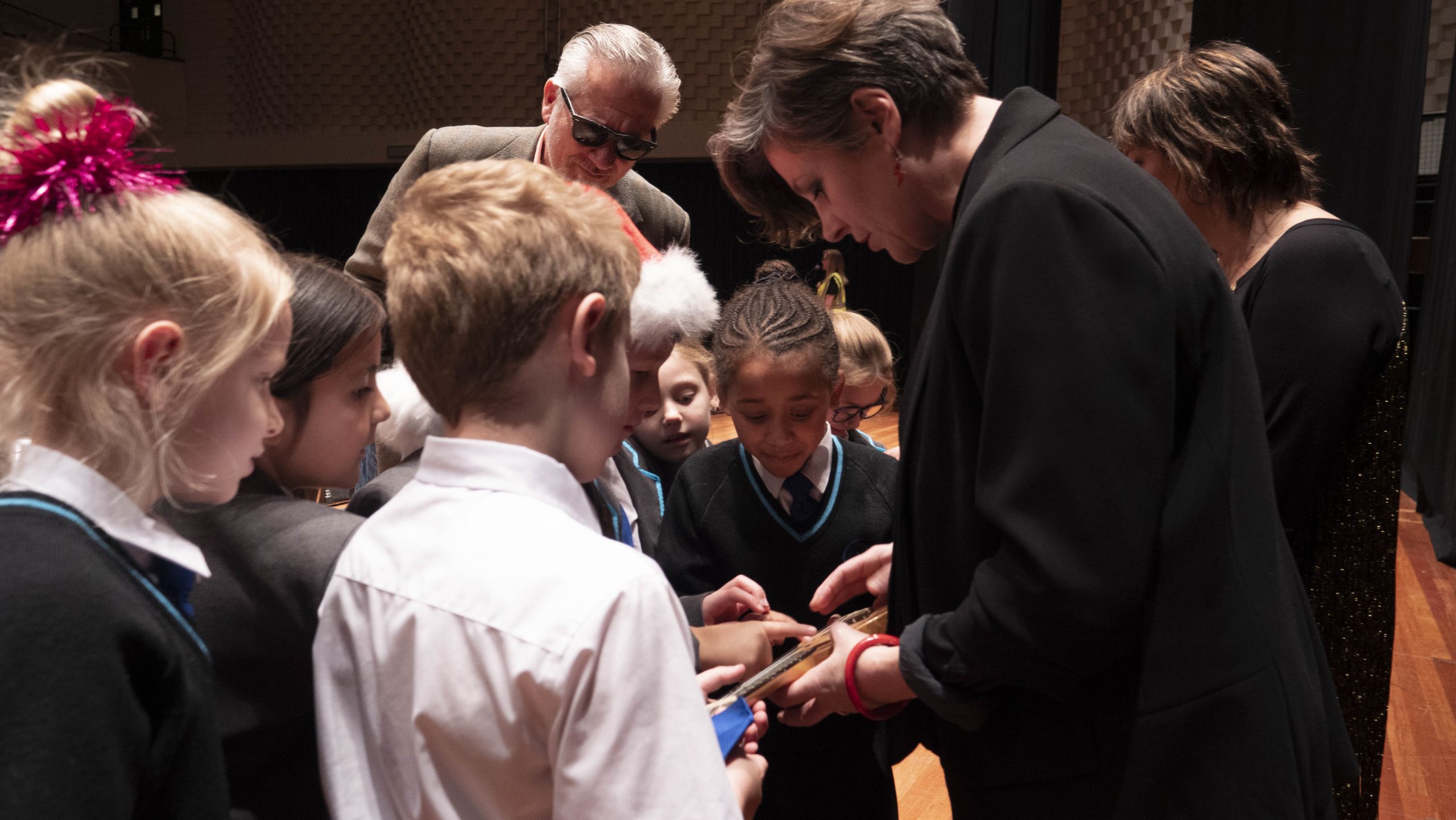 Jo Farley, Music & Cultural Education Coordinator for SoundStorm, said: ‘’For the SoundStorm team, one of the most fulfilling parts of our role is to provide opportunities for these young people to develop their love of live music and be inspired to take up instruments themselves.

‘’It was fantastic to see so many children singing and clapping along and really engaging with the performance”.

George Formby was one of Britain’s most popular entertainers and was dubbed the ‘Ukulele King’. The Lancashire-born star who died in 1961 of a heart attack, was one of the UK’s best-paid during his heyday in the 1930s and 1940s.