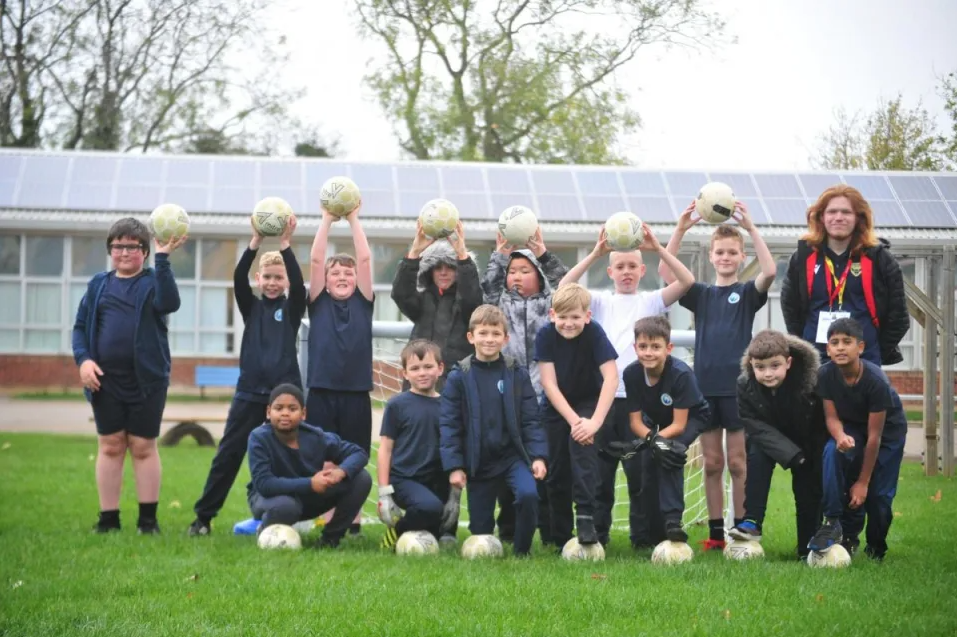 Pupils at Banbury Harriers Academy on the Oxford United in the Community scheme Photo: Fortitude Communications

Oxford United in the Community has joined forces with the Angus Irvine Playing Field Fund (AIPFF) to launch free football for schoolchildren in north Oxfordshire in time for the World Cup.

The new partnership, The Angus Irvine Football Programme, has been established ahead of the FIFA World Cup to inspire schoolchildren into playing team-based sports while tackling barriers which often restrict participation including accessibility and opportunity.

Girls and boys aged 5-11 at Harriers Banbury Academy are being offered free after school football coaching delivered by FA qualified coaches once a week immediately after school as part of a pilot project.

Coaching is being delivered in six-week blocks by Oxford United in the Community and funded by AIPFF to teach basic football skills while promoting enjoyment, communication, cooperation and camaraderie on the pitch.

The sessions will inspire children to play football within their school and local community. To facilitate this, the project has teamed up with Easington Sports FC who will provide places to pupils who have participated on the Angus Irvine Football Programme.

As part of the programme Easington Sports FC and Oxford United in the Community will organise a festival of football designed to give participants the chance to experience the game as grassroots level. 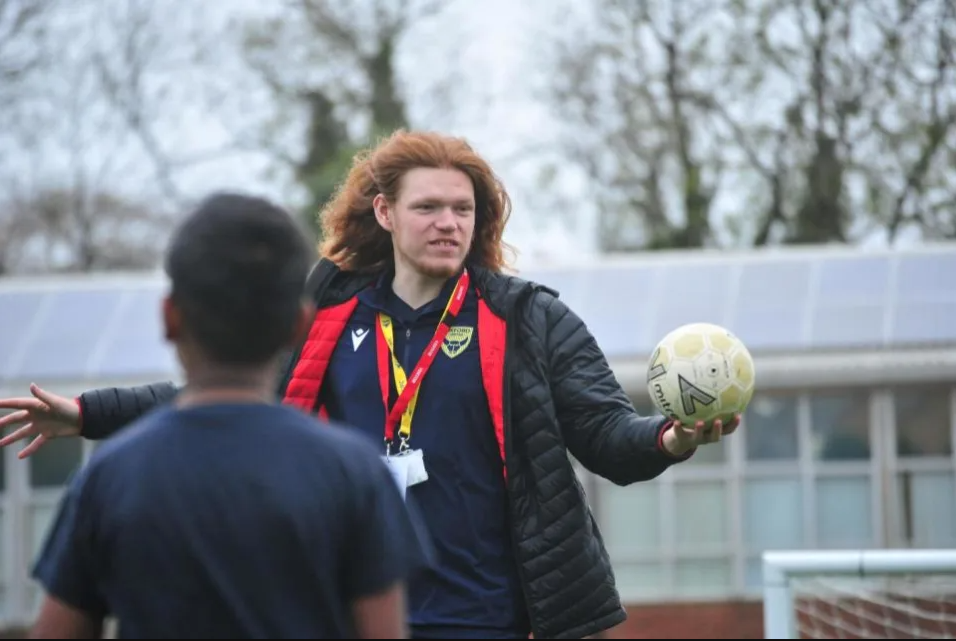 Chris Lowes, head of Oxford United in the Community, told Yahoo Sport: “Football and team-based sports play an important role in our young generation developing skills and confidence which are later essential in everyday life.

“Sport England statistics show fewer than half of children in England are meeting Government guidelines of taking part in sport and physical activity for an hour each day.

“The enthusiasm amongst our first wave of players demonstrates how much children love to play sport. It’s our responsibility to help take their participation to the next level and help them become a real part of their local community.”

Harriet Baring from AIPFF added: “We strongly believe all children should have the opportunity to access sport and playing provisions outside their regular school curriculum.

“Should this pilot be successful, we would like to unite with local businesses and roll out the programme in several other schools in the Banbury area. Every child deserves to play sport and be part of a team.”

Faye Winter, PE Coordinator at Harriers Banbury Academy, said: “This pilot scheme has already proved to be a huge hit with the children. They cannot wait to get outside, even when the weather is bad! They leave the session in high spirits and return to class with renewed energy the next day.”