The choices that you make have consequences.

It’s a life lesson that was recently taught to students at Park Academy through a drugs and alcohol workshop that focused on the true story of Daniel Spargo-Mabbs.

Students sat transfixed in their school hall as they watched a play about how the 16-year-old lost his life on January 20, 2014, after taking MDMA at an illegal Hillingdon rave, organised via Facebook. His death made headlines at the time.

It was the first time Dan had been to a rave and only the third time that he had dabbled in taking drugs, it is believed.

Intelligent, popular and easy to get on with, Dan took MDMA with four other friends. He had had no way of knowing that there was a lethal amount of MDMA in the bag he was given.

Dan’s last words to his mother on that fateful night had been: ‘I Love You Mum, I Promise I Won’t Die’ and are used as the title of the play, written by Mark Wheeller and currently on tour with Wizard Theatre Company.

A verbatim play, this means all the lines used have been said in real life which plays a crucial role in its impact.

Dan’s mother Fiona Spargo-Mabbs, told the Hillingdon Times: ‘’The play is a really powerful way of managing and getting that message out to young people that choices have consequences.

‘’With drugs and alcohol it’s always a choice and those consequences aren’t just theirs but so many people can be impacted and there are so many people that are affected by that.

‘’The last thing I always say to students as Dan’s mum is ‘don’t forget how incredibly precious you are and how precious you are to people around you and that’s why it’s so important that the choices you make keep you safe and allow you to go home in one piece’.’’ 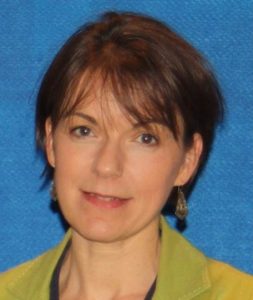 Spurred on by a sense of responsibility to warn other parents and teenagers about the perils of drug use, a week after Dan’s death Mrs Spargo-Mabbs (pictured above) and her husband Tim set up a foundation in his name.

At the time Mrs Spargo-Mabbs worked in adult learning for Croydon Council and used her experience in education to devise lesson plans to tackle the subject in schools. The play was developed sometime later and is now an integral part of the programme.

Reflecting on his emotions after watching the play, Year 10 pupil Banita Anthony who attends Park Academy in Park View Road, said: ‘’I felt that this play had a massive impact on my thoughts about drugs. Personally I didn’t know a whole lot about drugs in the first place but I feel that since they brought up this topic, it makes me want to be more careful and advise my friends to make the right choices. I felt very emotional when they talked about his last words to his mum.’’ 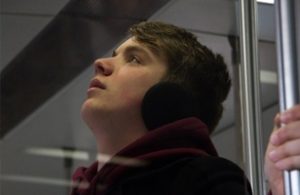 Fellow Year 10 student Bradley Brazil said: ‘’I felt the impact and touch to my heart from the quote ‘I love you mum, I promise I won’t die’. The fact that he was a young person like myself made me feel heart broken and made me want to stand up for myself and do the right thing.’’

Evening performances are included in the tour so that parents can watch together with their children,

The play (images below) has had a huge impact on its audiences in schools, colleges and communities across London for the last three years with 244 performances and over 25,000 teenagers seeing the play and taking part in the workshop.

In the six years that have passed since Dan’s death, Mrs Spargo-Mabbs has become a vocal campaigner. In addition to speaking at events or in schools she is now turning her attention to tackling the spread of young people being offered drugs via social media.

A recent survey commissioned by the foundation which involved almost 1,000 teenagers aged between 13 to 15, 1 in 5 had seen drugs offered on social media with Snapchat the most common forum for doing so. 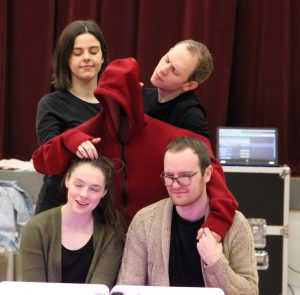 Mrs Spargo-Mabbs said: ‘’It wasn’t as though Daniel was on a path [to becoming a drug addict or regular user], he had taken ecstasy three times and this was his first rave.

‘’If someone like Dan could get caught up in something like this it shows it’s undiscriminating and it’s not to give people nightmares but to make sure they are armed.

‘’And parents need to know that this is the world that their children are inhabiting.

‘’Dan was exposed to decision-making about drugs in a way that we hadn’t realised.

’’Social media makes the route to dealing easier and it makes it very easy for kids to get influenced in that.

‘’Through the foundation Dan is enabling other people to learn the lesson that he can’t learn. He paid the heaviest price for the decision that he made. But other people can learn from what happened and that helps me enormously.’’ 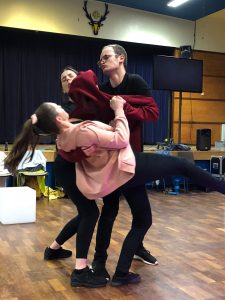