How to save Year 11s from post-16 abyss: Why lockdown does not mean transition is off the table – the solution is digital

This article was originally published by Tes

They missed their last term in secondary education, but does that mean transition is off the table? Carly Berry explains how they managed it digitally.

Five years ago, I was preparing to meet with students on GCSE results day to enrol them in our sixth form for that academic year. It was my first year in this role and I was excited and eager to assist them in making this next step in their academic career.

But it didn’t go quite how I planned. Only 26 students enrolled that morning out of approximately 90.

I soon realised that there were students leaving the school site who did not have a clear plan of what they were going to do in September. So, I began calling all students who had not enrolled and should have, based on their results.

I was shocked and overhauled our transition process to ensure that the situation would never happen again.

For the next five years, we had assemblies, drop-down days and turned the whole process around and improved our numbers. 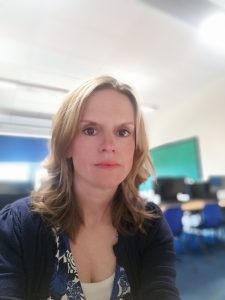 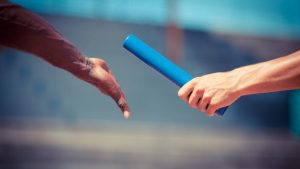 However, this year, the coronavirus pandemic put a stop to our now well-practised routine. As soon as Year 11 left school, it quickly became apparent that they could easily become lost and adrift – in a no man’s land between Year 11 and post-16 study. We ran the risk of the events of five years ago repeating themselves.

Lockdown has proved to be challenging but, thankfully, technology has allowed Year 11 transition to remain on track.

As a sixth-form team, we decided immediately that we would identify all students who were, or should have been, planning a sixth-form pathway and contact them to discuss their options and offer support.

We also ensured that all other students who did not have a plan were supported in whatever way we could.

In our phone calls, we reassured students that school closure did not mean that we were not available and they did not have support. The individual phone calls were very well received. That personal contact is so important to students.

We used Google Classroom facilities to set up a “Transition Year 12 Intake 2020” folder. This folder wasn’t just for our current students, but also the external students who would be joining us from other schools.

We also invited all sixth-form staff and asked them to post welcome messages and then set engaging, purposeful tasks they could work on in readiness for September.

3. Getting to know you

It was now my turn to get behind the camera, so I recorded myself introducing our sixth form and gave a virtual tour of the school. I wanted to give a clear message: yes, we are going through difficult times, but look at what you have to look forward to!

I wanted our students to feel that the future is bright and that school is here for them throughout all of this.

Carly Berry is an assistant headteacher and head of an Ofsted-outstanding sixth form at Banbury Aspirations Campus, which encompasses Wykham Park Academy and Futures Institute Banbury. Both are part of the Aspirations Academies Trust