The new academic year will see them start at a secondary school. And as the summer term draws to a close, Year 6 students at Oriel Academy Primary were given a special memory to take away with them: The Lion King.

Pupils travelled by coach for their roarsome day out to the West End’s Lyceum Theatre to watch a matinee performance of the popular musical.

They enjoyed a picnic at the nearby Victoria Embankment Gardens before making their way to the performance.

Aine Linney, Principal at Oriel Academy, said the trip was an important highlight of the school calendar for Year 6 students and she was thrilled they had such a great time. She told The Hounslow Herald: “Our Year 6 students will be starting at secondary schools in September and this is a great memory for them to leave with. It was a great cultural experience and highlights how at Oriel there isn’t just a focus on the academic side of things, we also provide our students with great cultural experiences.

“Many of our students will have grown up reading about Simba or watching the Disney film and now they’ve been able to enjoy the musical version. It was a great day out for them.”

Oriel currently has places available in Reception and Nursery for the academic year that begins September 2022. For more information email: office@oriel-aspirations.org or call: 0208 894 9395. 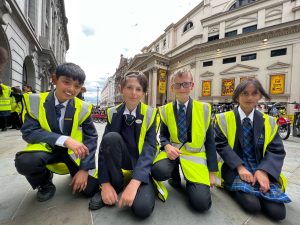 Aishwarya, a Year 6 student in Sycamore Class, said: “The effects used in The Lion King musical were colourful and outstanding. I had a great time.”

Laiba, a Year 6 student in Oak Class, added: “The show had a really powerful message. I found it very moving. I enjoyed our day out.” 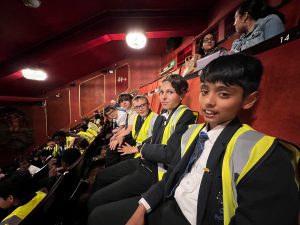 The school’s first Ofsted inspection since the pandemic began states Oriel is “happy and welcoming. Pupils enjoy their learning and try their best. They feel motivated by the encouragement they get from staff. Children get off to a good start in the early years. They do well in the nurturing and stimulating environment.”

The report, published earlier this year, reveals pupils state that bullying does not happen at Oriel as they know that staff will resolve any friendship issues or unkind behaviour.

The inspector also noted “leaders have ensured the school has continued to improve. They have introduced a successful mathematics programme and reading is at the heart of the curriculum. This starts in the early years. Leaders want the curriculum to be memorable and they use educational visits to bring learning to life.” 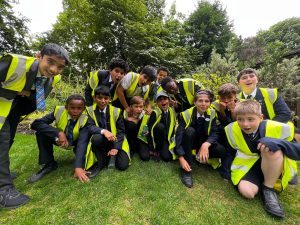 The Lion King is a musical play based on the 1994 Walt Disney feature film with music by Elton John and lyrics by Tim Rice.

The show opened in the West End’s Lyceum Theatre on October 19, 1999 and is still running after more than 7,500 performances. The cast of the West End production were invited to perform at the Royal Variety Performance in 1999 and 2008. The theatre flooded on May 11 2020 while it was closed due to the Covid-19 pandemic. The Lion King reopened at the Lyceum July 2021.