Visitors to the Johnson Space Center usually head to the viewing platform to take in their spectacular surroundings.

However it was 30ft below where Aspirations students found themselves for an exclusive behind-the-scenes tour of the facility where astronauts are trained for their space missions. 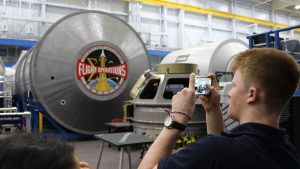 The tour was being delivered by Ginger Kerrick, the first Hispanic female NASA Flight Director, who gave an inspiring perspective to the historical NASA success stories and missions.

Ginger Kerrick provides a hugely important and encouraging message to students, that regardless of your background, it is “your determination and willpower to accomplish your dreams is what will take you far in life”.

In Building Nine, the students were able to explore a mock-up of the International Space Station, where real astronauts are given their training before they are launched in to space to fulfil their duties on the ISS. 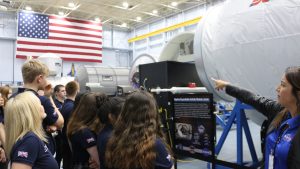 In addition to this, the group were also given the opportunity to investigate the new Orion capsule. This is a human spacecraft for deep-space missions that will usher in a new era of space exploration, and interestingly, uses much of the same physics and design as that
used in the 1980s.

The sheer size of the mock-ups in the building were mesmerising for students. 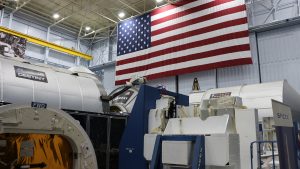 The tour that was given to the group at Building Nine is a result of a longstanding relationship between key physicists and security figures from within the organisation, which all began at Walmart!

Years ago, a group of Aspirations students were walking around American supermarket Walmart, a member of the public spotted the Union Jack on the groups shirt and enquired why they were in Texas. 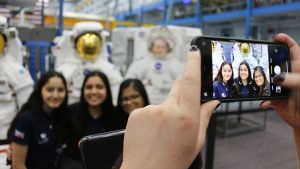 After explaining the focus of the trip, the member of the public informed SEA of a connection that they had in Johnson Space Center who was also from the United Kingdom.

The contact happened to be Sam Davies, who was able to get security clearance to get the entire group behind-the-scenes at NASA, to observe artefacts that are not open to the general public. 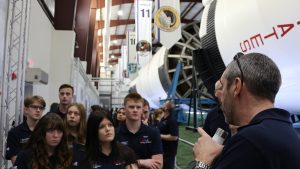 Building on that relationship, Aspirations have been back for the exclusive tour with every cohort since.

Through Sam, SEA was introduced to Corporal Matt Gillian, whose father-in-law Ellison Onizuka, tragically died in the Space Shuttle Challenge disaster in 1986.

Matt Gillian, who is now responsible for much of the on-site security at the Space Center, spoke with the students about Mr Onizuka’s story.

The Challenger tragedy was a sombre reminder for the budding scientists and engineers at Aspirations about the heart-breaking reality of space exploration missions that do not go to plan.