They could be options on the menu of an upmarket restaurant or bistro, but these are dishes that students at Rivers Academy West London are rustling up thanks to a teacher determined to have a healthy impact on students’ lives during this lockdown.

Jonathan Duchezeau, a PE teacher at the school, has compiled a variety of healthy, hearty and balanced meal recipes, which has been uploaded on to a Google document so that pupils can access the recipes. 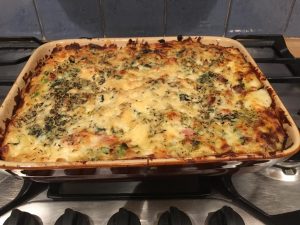 The recipes that have been included are intentionally well-balanced, whilst also remaining affordable and also relatively easy to make.

Moreover, in light of the current Covid-19 pandemic and limited stock in supermarkets, he has also tried to ensure that the recipes include ingredients that are still easily accessible in the current circumstances.

Jonathan said: “During this lockdown period, people are being limited in the amount of exercise that they are permitted to do; pupils aren’t coming in to school so that is already a reduction in the number of steps that they’ll be completing each day. 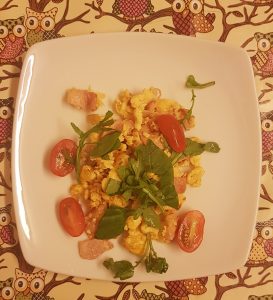 If they are going to be more sedate in their lifestyles, they are already experiencing a reduced calorie burn, so if we can encourage them to eat bigger, heartier, and more balanced meals, they will hopefully reduce their snacking too.”

The recipes that MR Duchezeau elected to include in his online guide are varied by nature, ensuring that they are fun and different, whilst accommodating to a variety of different dietary requirements and choices.

“I have noticed in the supermarkets that fresh fruit and vegetables are still readily available, as opposed to long-lasting foods, which appear to be what is being bought up by shoppers, so I have tried to make the recipes as fresh as possible. 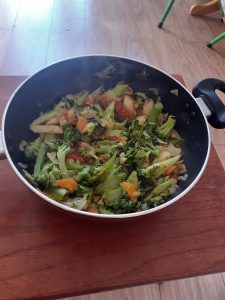 “I also wanted to incorporate foods from different cultures to cater for all pupils and ingredients that households will already have in the cupboards.”

Students have reacted to the initiative very positively in the last week, with many of them using the recipes provided by Mr Duchezeau and sending in photos of their kitchen creations.

Jonathan said: “It has been quite popular – particularly with pupils in Years 7, 8 and 9. One student even approached me and said ‘Thank you Sir, this is absolutely fantastic!’

“After explaining to the students that these recipes are only suggestions, some have made their own adaptations of the dishes based on what they have or were able to buy, which I have really enjoyed. 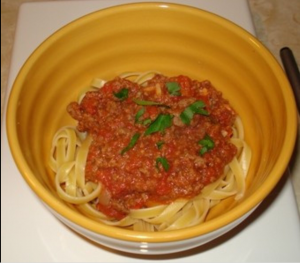 “If they were missing an ingredient, they would use their own initiative to replace it for something else that they had, which is encouraging them to think about their food a lot more” Mr Duchezeau added.

In order to make the recipes more accessible for the students, he adapts the existing recipes to make them simpler or include more easily accessible ingredients, and will be continuing to do so throughout this period of uncertainty.

This initiative is part of a programme being run by the Rivers Academy PE department, which also includes virtual staff Zumba, fitness programmes for students to complete at home, and various challenges set by different members of staff.