Jake Williams had never really given much thought to the car park and field at his junior school.

But a home school project has now helped him to uncover the fascinating royal and nautical history behind the vast plot of land where Ocean Academy stands.

11-year-old Jake began his journey of discovery after being alerted to a picture on Poole Museum’s website labelled ‘Nautical School’ and was instructed to investigate.

The aim of the Year 6 project was to encourage pupils to learn more about local history. 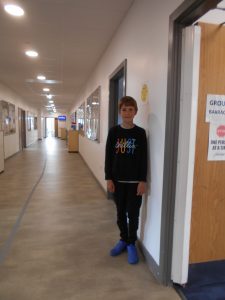 Jake started researching and quickly uncovered that King George VI had laid the foundation stone for the Nautical School in May 1919 and it was also where he made his first public speech. The event was reported in the Bournemouth Echo.

Prince Albert – as he was known then – arrived by train for an official ceremony to mark the creation of the Russell-Cotes Nautical School on Constitution Hill Road, Parkstone.

The site was provided by Sir Russell-Cotes, a former mayor of Bournemouth and a prominent figure. The school was run by Barnardo’s to train orphan and destitute boys for life in the Navy.

Nothing of the school now remains and the spot where it once stood is used as a car park and field at Ocean Academy. The school, which caters for three to six-year-olds, is a new build and has only been on the site for five years.

Reflecting on his efforts, Jake told the Bournemouth Echo: ‘’I started to ‘dig’ when I got a book about the history of Poole and it mentioned a nautical school around the Parkstone area. I investigated when I remembered my teacher had posted a picture of where the school was, labelled ‘Nautical School’.

‘’I began my investigation by logging onto the computer and typing in ‘Nautical School Poole’. One website mentioned the Russell-Cotes Nautical School. I dug deeper and found a map, showing Constitution Hill Road and the road to the Co-op. In the middle, was the school. I was feeling very shocked and proud when I found it out. I contacted Mr Lee and he put it on the class stream on Google Classroom. I was the first person to research and find this out.’’ 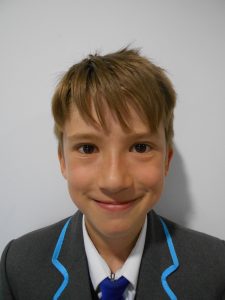 Class teacher Jon Lee said: ‘’The children weren’t currently learning about local history but I decided to look through the photo archives should I find anything of interest.

‘’I did not know what stood on the Ocean site at the time of the photograph. The photo was labelled ‘Nautical School’ and I thought this seemed like a tantalising clue that could be pursued. I set it as an optional challenge in case it spurred the interest of any pupils.’’

Mr Lee said he was not surprised that Jake had accepted the challenge, he said: ‘’Jake is a very curious and diligent pupil so I wasn’t surprised when he responded however, I was impressed that a pupil his age can act with such independence and determination in the pursuit of knowledge.’’

King George VI was the subject of Oscar-winning film The King’s Speech starring Colin Firth. The plot centres around his battle to overcome his stammer which was kept secret from the public.

In 1919 when he arrived at Constitution Hill Road, a report in the Bournemouth Echo alluded to the struggles faced by the future king in the following sentence: ‘’His speech at the conclusion of this ceremony was simple, direct and encouraging to the scheme.’’