Students at Oriel Academy West London have played their part in showing their respect and admiration for the millions of key-workers that have been working to keep us safe throughout the coronavirus pandemic.

Since the beginning of the outbreak, the uncertainty caused by the disturbance to normal life has been countered by small acts of hope and kindness from individuals and groups around the country.

The rainbow has become a symbol to embody the burst of positivity, as t has been emblazoned in the windows of peoples’ homes in support of the millions of people that work for the NHS and other public services. 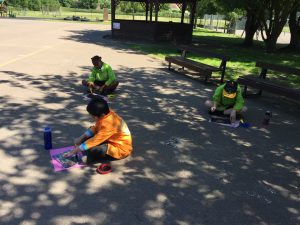 The students at Oriel decided to recreate the rainbow symbol by painting their hands onto pieces of card, which were then cut out and arranged to create the meteorological phenomenon.

They were also able to get creative with scratch art, creating colourful pictures and imaginative designs using their names, which everyone thoroughly enjoyed. 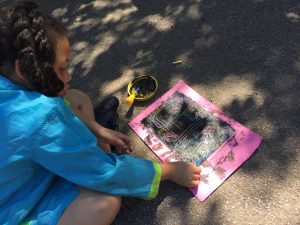 The students, of varying ages, were extremely excited to combine their creative art skills with paying tribute to medical and care staff.

Rachel, 11, said: “We wanted to say thank you to the NHS for getting us through this ordeal”, and classmate Aleena, also 11, said: “Thank you key workers.” 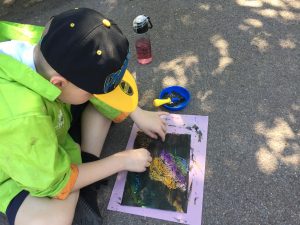 For Helen Owden, Year 4 teacher, was very impressed with the understanding that the children had for the situation: “They showed great respect and appreciation for the people who are helping us through these difficult times.”

The large rainbow mural is now proudly on display at the front of the school building, so that the student’s appreciation for the NHS staff can be seen and admired by the general public.