For students at one Hanworth school, Red Nose Day was filled with fun, silliness and raising money for good causes!

Comic Relief 2022 saw pupils at Oriel Academy boost their wellbeing as they spent Friday (March 18th) celebrating with red noses galore and a range of special activities from themed quizzes and word searches to a Superpower Maze.

The primary students were also invited to bring in £1 to donate as part of the annual fundraising campaign for those in need.

The day was brought to an end with a special ‘Circle Time’ session where the children discussed the purpose of Red Nose Day, the charities it supports and why it’s important to help others.

Principal Aine Linney told the Hounslow Herald: ‘‘Red Nose Day is the perfect opportunity to use laughter to boost the wellbeing of our students and also raise vital funds to help those in need not just nationally but also globally. This helps to show children from a young age that they can make positive changes in the world.

‘‘It’s important to recognise the need for positive mental health in school because it allows children to do their best learning. Our recent Ofsted inspection – which saw Oriel maintain its ‘Good’ rating – saw the school described as happy and welcoming. Our pupils have a strong sense of belonging. The care and nurture given to our pupils reflects the warmth and care that radiates from them and the fundraising we do for charity visibly reflects this.’’

Oriel currently has places available in Reception and Nursery for the academic year that begins September 2022. For more information email: office@oriel-aspirations.org or call: 0208 894 9395.

Earlier this year, Oriel received a glowing Ofsted report – despite the upheaval caused by Covid-19.

The school’s first inspection since the pandemic began has seen it retain its ‘Good’ rating. 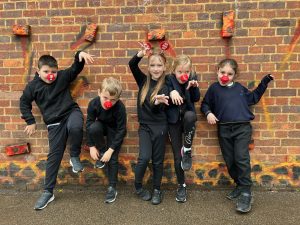 The inspector said the school is, ‘‘Happy and welcoming. Pupils enjoy their learning and try their best. They feel motivated by the encouragement they get from staff. Children get off to a good start in the early years. They do well in the nurturing and stimulating environment. Pupils said that bullying does not happen here. They know that staff will sort out any friendship issues or unkind behaviour.’’

The inspector also noted, ‘‘Leaders have ensured the school has continued to improve. They have introduced a successful mathematics programme and reading is at the heart of the curriculum. This starts in the early years. Leaders want the curriculum to be memorable and they use educational visits to bring learning to life.’’ 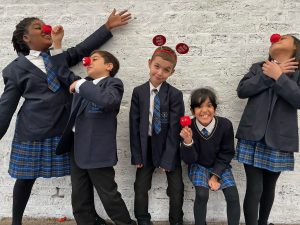 Jokes and lots of larking around for students at Oriel Academy

The Ofsted report notes pupils behave exceptionally well in lessons and around school.

They feel safe in school and said bullying does not happen at Oriel Academy.  Leaders have high aspirations for every pupil and staff are supported and encouraged to play their part in making a difference to pupils’ lives.

Since the very first Red Nose Day in 1988, the British public have helped to raise over £1 billion through fundraising events and donations. The donations have helped a string of charities – in the last two years alone a staggering 11.7 million people have been supported through Comic Relief. They include those living in poverty to domestic abuse victims and children. 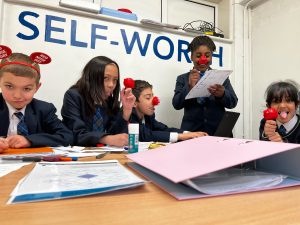 The charity Comic Relief was launched in 1985 by comedy scriptwriter Richard Curtis and comedian Sir Lenny Henry in response to the famine in Ethiopia.

The concept behind Comic Relief was to get British comedians to make the public laugh, while raising money to help people around the world and in the United Kingdom. The highlight of Comic Relief’s appeal is the annual Red Nose Day which was launched in 1988 and includes a BBC telethon. 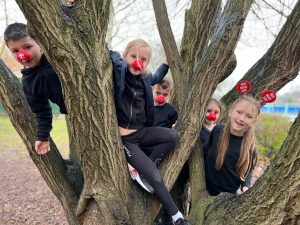