Park Academy students turn TV tragedy into positive thinking: Pupils asked to do one nice thing for someone everyday, without being asked

In one of her last Instagram posts, Caroline Flack urged her followers: ‘’In a world where you can be anything, be kind.’’

The Love Island presenter’s poignant words have now been used to help make a positive difference to the mental wellbeing of students at one Hillingdon school.

Students have been urged to start this half term by committing to doing one nice thing for someone every day, without being asked.

They have also been asked to create their own positive affirmations and to share them as a class this week when they will also be displayed. 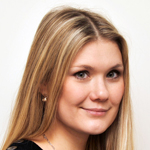 Teacher Vanya Harris (pictured above), Wellness Lead at Park Academy, which is based in Park View Road, said she decided it was important pupils did not turn Ms Flack’s death into gossip but used it to reflect as part of the school’s Personal, Social, Health and Economic education (PSHE).

Ms Flack, 40, a popular TV personality (pictured below), found herself subjected to endless pressure, scrutiny and cruel social media jibes as she battled to clear her name after an alleged domestic violence incident involving her boyfriend Lewis Burton.

Last month, just hours after she was told she would face a court trial, she was found dead at her London home after apparently taking her own life.

Ms Harris explained to the Hillingdon Times: ‘’The students were talking about Caroline’s death when they returned. By turning what happened into a subject that could be discussed in small groups in a constructive way it stopped it becoming gossip and became an opportunity to learn about the way in which we behave towards others.’ 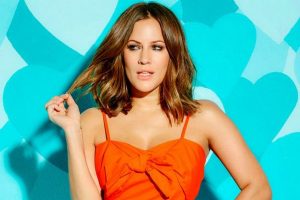 A set of slides were shown to students across the school.

They were given a list of negative traits they will all have displayed at some point, including forgetting to ask someone how they are, posting negative comments about someone on social media, gossiping and judging without knowing the facts.

A second set of slides state:  Let’s start this half term by deciding to be better to each other. Let’s all make a commitment today that: We will support one another, listen to one another, say positive things to each other, acknowledge our own stress and anxiety and ask for help when we need it. Finally, commit to doing one nice thing for someone every day without being asked.

Ms Harris said: ‘’None of us are perfect, we’ve all gossiped or not checked in with a friend to see how they are or not focused on ourselves or our wellbeing.

‘’The exercise is about making a commitment to do better and think more about the wellbeing of others and try to be a positive force.

‘’Hopefully the students will now think more about the impact of their actions and trying to be better and kinder. ‘’