It is a moment he describes as the ‘’lowest part of my career.’’

Photographer Aiyush Pachnanda was taking images at a Tommy Robinson protest last summer when he was verbally and physically assaulted by a right-wing activist who also used racist language before punching Aiyush in the face.

The way in which Aiyush dealt with the incident resulted in justice for him and highlights the power of photography: ‘’My reaction was to take a photo of the man that assaulted me and I sent the photo to the metropolitan police. They were able to use the time stamp on the photo and compare it with CCTV and it resulted in a court case whereby the man was arrested for assault.’’ 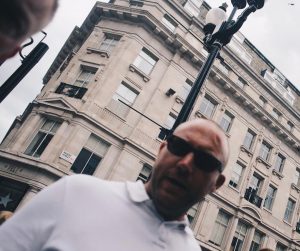 It should come as no surprise to learn then that in 2019, at the age of 21, Aiyush was named EyeEm Photographer of the Year.

The awards are run by EyeEm, a Berlin-based technology company with a global photography community and marketplace, and Aiyush won the accolade ahead of an overwhelming 750,000 entries from around the world.

It’s fair to say that life has certainly changed a lot for Aiyush since his time studying at Rivers Academy West London.

He left the school when he was 16, unsure what type of career path he wanted to follow but armed with advice from Paula Kenning, former Rivers Academy principal and now co-managing director of the Aspirations Academies Trust.

She had told him: ‘‘Shoot for the moon. Even if you miss, you’ll land in the stars.’’ Aiyush said her words taught him to ‘’aim high and leave my comfort zone.’’ 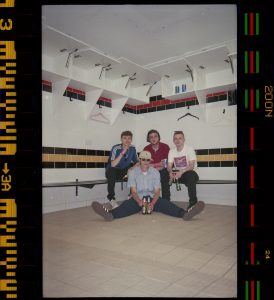 “I didn’t always want to be a photographer”, Aiyush explained “but during my time studying GCSE Art at Rivers Academy, I benefited from a fantastic network of teachers that helped me build my confidence to leave my comfort zone and go to college. It was a stepping stone, or a foundation block, to build on my creative side”.

He went on to study journalism at Kingston College, before studying Photojournalism at the University of South Wales in Cardiff. This is where he built up his portfolio by photographing many different styles across South Wales. 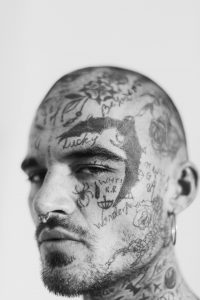 “Wales is a very different place to London. A very creative place to live, study and work in. At first, it was quite difficult and I even faced some racist comments when I first moved there, I was definitely out of my comfort zone.”

Since then, he has worked on many projects of differing natures in an array of sectors, including: music, portrait, sports, fashion, photojournalism and documentary.

“When I first moved to Cardiff, I photographed mostly underground music in nightclubs, drum and bass in particular, and built on my working relationships with DJs and venues over the years. I have now established my own patch in that field, and clubs across Wales, London and Bristol are asking for me and wanting to pay me for my work.” 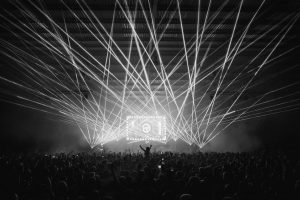 Aiyush noted, however: “Documentary photography or photojournalism is my favourite style to work with because it encapsulates everything. You can turn anything in to a documentary project. Even the mundane things.”

A project that Aiyush is working on in 2020 is about exactly that. He has decided to start a photojournalism project on Zone 6 of London, with particular focus on the suburban town of Feltham, where four Aspirations Academies are situated.

“I think that Feltham is in the beginning phases of being gentrified into a newly ‘hip’ part of London, so I want to document this part of Feltham’s proud history, as a town that is comfortable being situated between two very middle-class areas – South West London and Surrey.” 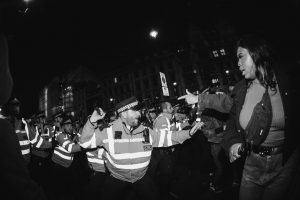 Although Aiyush has only been a photographer since he was 17, he has already had an extremely varied and turbulent career.

“The highlight of my career so far was definitely being recognised by EyeEm as their Photographer of the Year. It has led to so many amazing things like working with companies like Apple and Google, and the EyeEm offices in Berlin have even named an office after me! My name is on a door, with company such as Martin Parr, Robert Frank and Henri Cartier-Bresson!”

Another fascinating project that Aiyush has recently taken on, which included following and documenting Babaji, the direct descendent of the founder of Sikhism. He spent a month in Punjab on the India-Pakistan border, where Babaji was building a road between the two countries.

“It was a really amazing experience. I met with the Indian Prime Minister and spent a lot of time with the India Ministry of Defence because we were working in a notoriously hostile part of the country.” 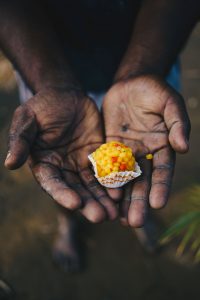 He added “I am currently curating 16,000 photos into a book and a gallery to exhibit the project”, which he is doing by himself with no sponsorship or organisation supporting the project.

Aiyush currently works on a freelance basis, which is common in creative occupations.

“The benefits of freelance working is that I work off my own back, and I don’t have to rely on anyone else. Also, it allows you the time and the freedom to build your portfolio. When I was working full-time in Cardiff, I didn’t have enough time to spend on building that.

However, it can also be challenging as a lot of clients can be unreliable and disorganised in payment. You have to learn to work with people that you trust.” 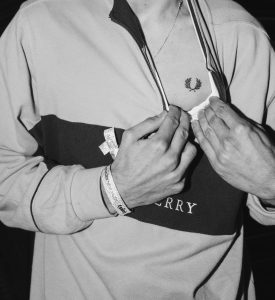 He also offered some advice to students at Aspirations Academies that are considering becoming photographers or entering a similarly creative field:

“If I was speaking to myself a few years ago, I would urge myself to spend that free time after school, on weekends, not playing video games, but developing an interest or a craft. If you develop your skills now, by the time that you’re in your early twenties, you will have a head-start on your peers that would only be starting out!”

All photos credited to Aiyush Pachnanda. You can view the rest of his portfolio at: www.aiyush-pachnanda.format.com 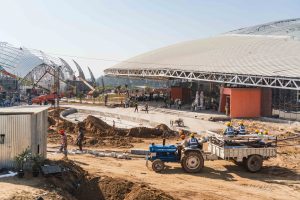