World-renowned choreographer Sir Mathew Bourne has congratulated a local schoolboy for securing a scholarship to the prestigious Elmhurst Ballet School.

Sir Matthew was instrumental in encouraging 11-year-old Alfie Rogers to not give up on his ballet dream after he found himself being taunted by boys for his passion for dance.

The youngster has been dubbed a ‘real life Billy Elliot’ because he was inspired to take up tap and ballet after watching a performance of Billy Elliot: the Musical.

Responding to Alfie’s good news, Sir Matthew said: “I’m so delighted that Alfie had the courage to continue and chase his dream to be a dancer.

“His obvious talent and potential has now been recognised by his success in securing a place at the prestigious Elmhurst Ballet School and I couldn’t be happier.

”I look forward to following his progress and hopefully, one day, inviting him along to one of our New Adventures auditions. Bravo Alfie!” 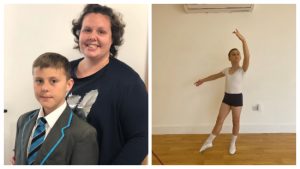 Alfie, who attends Jewell Academy in Bournemouth has already performed with the Royal Ballet in their Christmas production of Sleeping Beauty.

He told the Bournemouth Echo: “It’s awesome to have received such a nice message from Sir Matthew. He is a role model to me. When I found out I had been successful in securing a scholarship to Elmhurst, I cried but they were tears of joy.”

Elmhurst is an independent school in Birmingham for professional classical ballet and is widely recognised for its close association to the Royal Ballet.

Alfie endured a tough audition process to gain a funded place on scholarship. An average of just 30 places are allocated each year for youngsters at Elmhurst with hundreds applying. 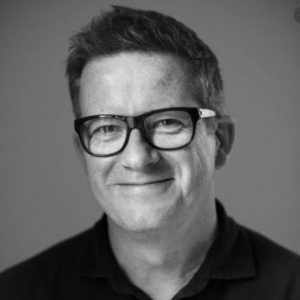 However, there was a time when bullies threatened Alfie’s love for ballet and left the AFC Bournemouth supporter close to tears.

It prompted Sir Matthew to step in after Alfie’s mum, Lucy Lamb reached out to him on Twitter.

Sir Matthew invited Alfie to see a production of his Swan Lake and meet the male dancers backstage.

Alfie continued: “Once when I had to leave a football session on a Saturday for a ballet class, the other boys made fun of me. It did upset me but then I realised that no one has the right to stop me from doing something that I’m passionate about – and look at me now and what I’ve achieved.”

“This scholarship is a big step for Alfie as he will be moving away from home but it’s a great opportunity and I’m incredibly proud of him.”

Alexandra Waddington, principal at Jewell Academy, said: “Alfie is a dedicated student who has always been passionate about dance and it’s been wonderful to be able to support him on his journey. His scholarship to Elmhurst is a fantastic achievement.”