Missions to Mars & why Space Studio West London will nurture astronauts of the future: Head Andy Morgan reveals all to Radio Jackie

February is the month for love for and there is a lot of it for the Red Planet this year with not one but three separate national missions.

United Arab Emirates’ Hope spacecraft and China’s Tianwen-1 space craft have both reached the orbit of Mars in recent days.

NASA’s trip to Mars will round out the month – and will involve touch down. Its Perseverance rover is expected to land on February 18th.

For Andy Morgan, Principal at Space Studio West London (SSWL), the missions are indicative of the acceleration in space exploration.

In a recent interview with Radio Jackie, Mr Morgan discussed the significance of the three space missions to Mars and told presenter Jacqui Kerr that he can see SSWL students playing a pivotal role in space.

Each year the best students from SSWL are sent to NASA which provides a unique opportunity as Mr Morgan explained: ”I’d love to think we have future astronauts developing at the school. We send our best students each year on a trip over to NASA where they get to meet astronauts, flight engineers and get to look behind the scenes.

”So they really do have the role models to look towards to do it. I would be surprised if we didn’t eventually end up with someone who has been at the school as an astronaut because they way in which space exploration is going currently, it is definitely accelerating.

”We had a visit from a NASA astronaut when we first opened, Ken Bowersox, and one of the students said to him, ‘What’s the way to become an astronaut?’

‘’And his answer I thought was really insightful because rather than saying ‘the way to become an astronaut is this’, he said ‘if you never try, you never will be’. So he twisted it round to say you have to push yourself to try and achieve it.” 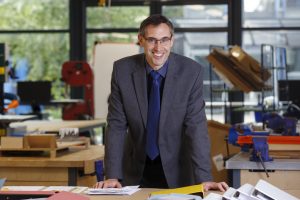 There has been widespread celebration in UAE following the Mars mission which was chosen to inspire a new generation to study science and shift towards skills that will be of value to a 21st-century economy.

It’s a change in outlook that Mr Morgan embraces.

His studio school for 300 students aged 14 to 18 nurtures the engineers, scientists, inventors, entrepreneurs and aerospace experts of the future.

Mr Morgan told Jacqui Kerr: ”One of the main ways we incorporate space into the curriculum is through the Astronomy GCSE we offer. Not many schools offer it but we do which is a really nice thing for those students who are keen and enthusiastic.

‘’One of the things we have to remember when we are talking about space is the fact that space is just an application of science so if you’re a school and you’re focussing on science that could be the Physics, Chemistry or the Biology, there is always an aspect that you can apply through space.

‘’So within our science lessons, within our astronomy lessons we’re always able to link into space. And then there’s another aspect of the school which is very special to Space Studio West London which is in Year 10 we have something called Core Project. This is where the students have to work through a driving question, for example, we might ask them, Is it Possible to put a Colony of People on Mars?

‘’At this point they have to use all their science, all their maths and some psychology as well, we also offer Psychology at Year 10 into play to see if they can solve that problem.

‘’They then have to produce a presentation, a 3D model, and present that to science teachers and to the myself, the principal of the school, and we judge whether or not their project has been successful. So not only are they learning Science, they’re also learning teamwork, creativity and the ability to communicate. That’s something special that we do at the school that we’re really proud of.’’ 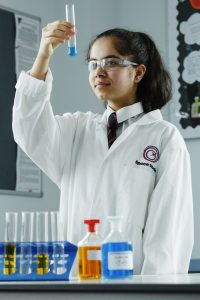 Missions to Mars & the future of space exploration

United Arab Emirates’ Hope spacecraft entered the orbit around Mars after a six-month, 300-million-mile journey from Earth. The mission was the first by an Arab nation.

China has followed next with its Tianwen-1 space craft which also reached the orbit of Mars following six months of travel. The Machine will now orbit the planet for seven months, before a rover descends to the surface.

It is the first time China has managed to get a space craft to Mars, following in the footsteps of NASA, the Soviet Union, India, the European Space Agency and just one day later after the UAE.

NASA’s Mars trip will involve a harrowing descent to the surface, during which the rover must reduce its speed from more than 10,000 miles an hour to just a few feet per second over the course of 15 minutes.

Getting to Mars is still a major challenge – historically only 40 percent of Mars missions have been successful.

The arrival of three national missions on Mars within two weeks of one another is a historic moment in the history of space exploration. It underscores the rapid development of space capabilities around the world and the true internalization of planetary exploration. 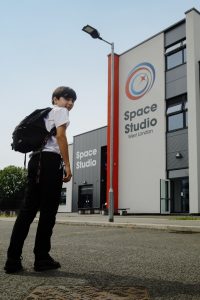