Return to Rivers! Former students reveal why they came back to teach at the Aspirations Academy that nurtured their potential

The impact that teachers have on their students often goes far beyond the subjects that they teach.

For these young teachers at Rivers Academy West London, their time as pupils at the school was shaped by the inspiring and committed work from their teachers; and it was so impactful for them, that they decided to return to the school to begin their teaching careers!

Three of those teachers reflect on their school days and the ways in which their own experience at Rivers Academy helped to shape their current career trajectory, whilst also explaining the benefits of teaching in the school that you attended as a pupil, such as the ability to ‘give back’ to the facility that nurtured you and having a better understanding of the local community.

Rasandeep Sagoo, a first year Teach First English teacher, decided to return to the academy in September 2019, after studying BA Music and History at the University of Leeds.

“As a student, there was a real sense of unity among the students as we all felt a part of one big community. That is something that is really important to me and something that I want to uphold as a teacher!” 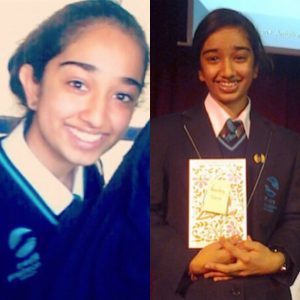 That narrative transpired to her work in the English department of the school too, as a sense of community is also delivered amongst staff members: “Our staff body are so incredibly supportive of each other… Next level supportive! I don’t know if I would have received the amount of support that I have if I started at another school.”

Rasandeep is the newest member of staff that has returned to Rivers, and therefore, the most recent to have left the school as a pupil.

“Despite doing my degree in Music and History, my heart has always been in education, and English is one of the most important core subjects for students to succeed in, so teaching English is a good way for me to ensure that I can make a difference!” Rasandeep said. 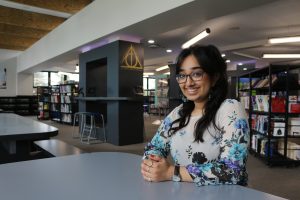 Speaking about her school experiences, Rasandeep was a particularly active member of the student body, always keen and enthusiastic to get involved in any events that she could.

“I used to take part in, and eventually coach a debate club, where I took them to the National Debate Trials. I took part in school productions, Model UN, and in Sixth Form, where I was deputy Head Girl, I had the opportunity to deliver two TEDx Talks, which I wouldn’t have been able to do without the support of the teachers that I had.”

It is for this reason that Rasandeep decided to come back to Rivers Academy, where she feels that her experience with the school allows her to connect with the pupils better.

“I think it is easier for the children to trust me and I have built better relationships with them as they feel like they can connect with me. Because I have grown up in this area, this community, and this school, I find it easy to have empathy with the students as I understand where they come from, their lingo, and their community.”

Siân Llewellyn returned to teach at Rivers Academy four years ago. After leaving to study BSc Psychology at the University of Chichester, she undertook an assessment-only route to teaching through E-Qualitas, and said that is just ‘made sense’ to begin her teaching career back at Rivers Academy.

“It made sense for me to get into teaching at Rivers because of all of the connections that I already had there. But four years on, I am still here because I have realised that coming from this area and having attended this school has meant that I have a deeper understanding of the children and their needs” Siân said.

Siân also emphasised the significance of feeling like she is able to give back to her community and her school: “I wish to be a part of giving back to the community in which I lived and prospered, and proving to the students that they can do that too.” 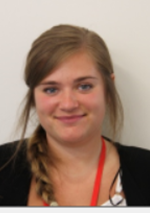 All of the teachers that were previously pupils at the school quoted at some point that they were inspired by the teachers that had taught them, proving the lasting impact that educators can have on their pupils.

“What stuck with me most from my time studying at Rivers was the teachers. When I was a student, I had some teachers that were so engaging in the way that they delivered a subject that even the topics I would not have typically enjoyed, I was still able to connect and engage with just because of the teacher delivering the lesson.”

Now that she teaches at the school, Siân is able to instilk the same values in her current students in her English and Psychology classes: “We are all driven to encourage students to achieve their personal best and to have aspirations and dreams; we have high expectations of the students as we know that these will benefit them for employment and further education.”

Sunita Khara, now Assistant Principal of behaviour and inclusion, had a slightly different route into returning to Rivers Academy to teach.

After leaving the school in 2007, Sunita attended Sheffield Hallam University, whereby she studied BSc Sport & Exercise Science. After the completion of her degree, she admits that she didn’t know exactly what she wanted to do. 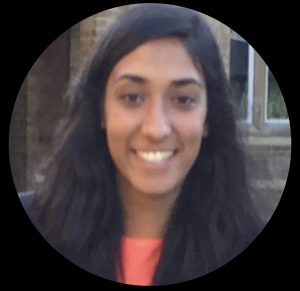 “I started in a cover supervisor role and enjoyed getting to know the children and develop my behaviour management strategy, and then I began exploring my options, before taking the School Direct GTP (Graduate Teacher Programme) route into teaching!”

In her teaching career, Sunita has covered a variety of subjects: “I have taught PE, Health and Social Care and Psychology. I always had a natural aptitude for PE, and the pastoral side of teaching hooked me in; knowing the impact it can have on students’ lives was hugely important in my career development.”

As the teacher that returned to the academy the earliest, Sunita is the most equipped to identify the ways in which the school has changed since the time that she studied there.

“The curriculum is so much more exciting now! The transdisciplinary approach to learning gives students so many more opportunities than what we used to receive. They are able to develop their future skills, while the development of their cultural capital is so much more expansive.”

Whilst there are many reasons why Sunita has remained at the school for the length of her teaching career so far, it is the culture at Rivers Academy West London that has been the most contributing factor.

“The culture here is both committed and supportive. When you come in as a teacher, the academy is focussed on developing you in that role.” Sunita said, “There are CPD programmes at every level and you never stop developing; the invested CPD and fast progression are reasons why I have decided to stay here so long!”