It is currently little more than a construction site.

But this time next year, Livingstone Academy Bournemouth, located on Madeira and Stafford Roads, will be an ‘’oasis for learning in Bournemouth’s city centre and a marriage between old and new.’’

The ambitious description for the £28.5m transformation currently underway on the site – once home to a magistrates’ court, Grade II-listed coroner’s court building and a police station – comes from the lead architect for the project.

It is the designs of Giancarlo Pesiri which will be used to create the country’s first state-of-the-art digital academy with a focus on STEAM (Science, Technology, Engineering, Arts & Mathematics). New internal images of the academy have now been made available for a first look. 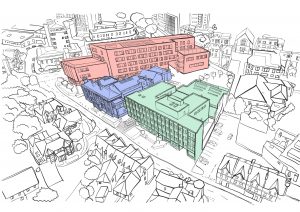 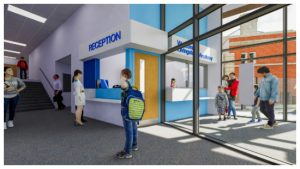 The school is the vision of games entrepreneur Ian Livingstone CBE and Steve & Paula Kenning, CEOs of Aspirations Academies Trust. However, it is Mr Pesiri and his colleague Lucinda Colegate, pictured below, at Noviun Architects who have been entrusted to bring their ideas to life.

By the time the school officially opens its doors for the first time in September 2021, Madeira Road will be a tree-lined boulevard complete with a piazza.

The academy will also be awash with new paving, a courtyard, seating areas and greenery from planters, trees and landscaping all of which will be used to create boundaries. Mr Pesiri said the overall feel would be that of an ‘’oasis of learning in Bournemouth’s city centre’’. 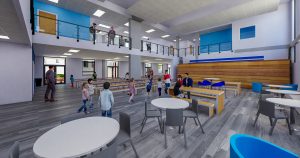 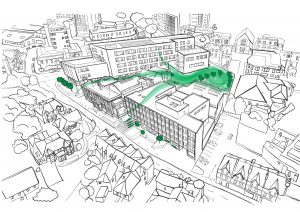 The vast site will see the magistrates court turned into a primary school, the coroner’s court will become a sophisticated sixth form and the police station will be cleared to create a state-of-the art secondary school complete with multi-sports facilities and a ground floor that opens out onto the courtyard.

The academy will eventually be home to 1,500 children from ages 4 to 18 but during the first year will have just 150 Year 7 students and 60 Reception pupils. A handful of places are still available (email office@livingstone-aspirations.org for more details). 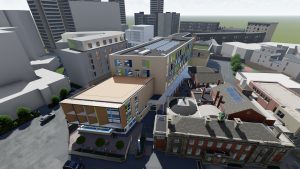 Speaking to the Bournemouth Echo, Mr Pesiri, pictured below, said: ‘’This project is a marriage between old and new and is a great example of repurposing. Inside the Magistrates’ Court there will be open plan classrooms and a contemporary learning environment. It was originally a grey 1960s building but the outside is going to look very different. It will have coloured windows and big canopies and we will be using interior design to brighten up the building. It is over four levels and there will be different colours per level so there is an identity for the different year groups. The lower ground floor will be turned into a library and there will be innovation rooms complete with 3D printers and laser cutters.

‘’The new building will be the secondary school and it will be state-of-the art. There will be plenty of break- out spaces for project-based learning, creative thinking and innovation rooms.

‘’The sixth form will retain all the original wood panelling, all the original seating and benches from the Coroners court. There are lots of high ceilings in this building which make for great art rooms and lecture spaces.’’ 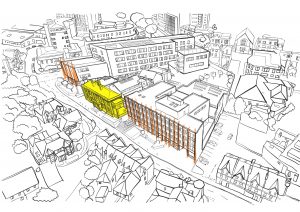 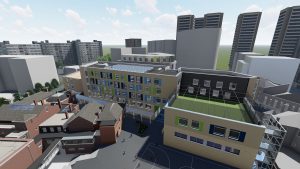 The academy will have plenty of play areas and sports facilities throughout the site.

There will be play decks throughout, including one with an astro turf. There will also be a multi-sports facility on the ground floor of the secondary building and a two court sports hall. 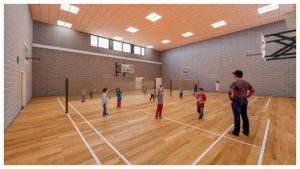 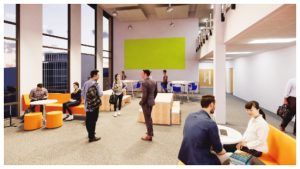 Miss Colegate said: ‘’The site is a unique space. Sometimes when you’re in an all-through school it can feel like you’re in the same building all the way through your time there. At Livingstone Academy, there will be a different building for each of the three stages: Primary, Secondary and Sixth Form.

‘’The site of the school and the surrounding area is undergoing a process of transformation and hopefully the local community put their trust in what is taking place and will be pleased with the end result.’’ 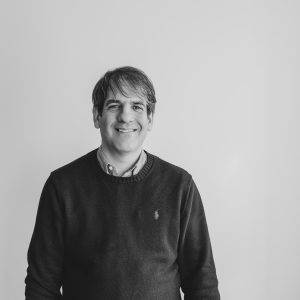 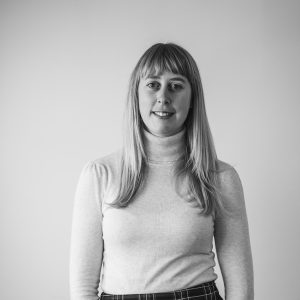