Rivers Academy pupil reveals why she is set to uproot and move to Texas, USA, to attend prestigious Rice University this autumn!

Leaving sixth form to study at university is an equally exciting but daunting time period in any teenager’s academic career.

However, for Aanchal Thapa, a Year 13 student at Rivers Academy West London, the polarised emotions are even stronger, as she is moving to Houston, Texas in the autumn to study at Rice University. 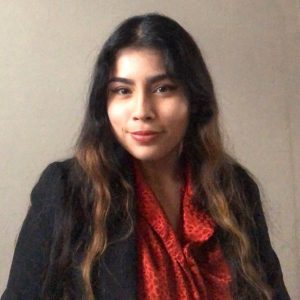 Aanchal said: “Attending the NASA trip was an amazing opportunity to have a glimpse at a university system outside of the UK, which gave me my first taste of what studying in a different country would be like.

“We had a lecture with Professor David Alexander which was absolutely brilliant.

“But what made me fall in love with the university was walking through the Science QUAD and seeing little geeky scientific references on the walls, which I found really endearing and could envisage myself there! she added. 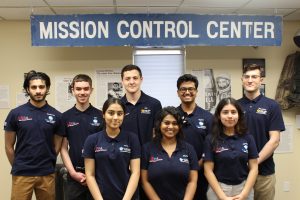 The trip provided Aanchal and her peers with once-in-a-lifetime experience at NASA Space Centers in Texas and Florida, where they chatted with scientists, witnessed the pinnacle of space engineering, and made friends for life.

“it gives young people the opportunity to connect with likeminded people, and it was a really good, cohesive group of people” she added.

This year, Aanchal is studying A Level Chemistry, Biology and Mathematics, whereby her predicted grades are a very respectable A*A*A*.

At Rice, Aanchal is intending to major in Natural Sciences, but given the flexibility afforded to students in the U.S. college system, she also anticipates to take minors in hobbies of hers that she would like to explore in an academic setting, such as languages, art, media and music.

Aanchal has applied for US Financial Aid to help with the costs she will encounter studying at Rice.

Aanchal also applied to five universities in the UK via the UCAS application system, including Oxford, Warwick, York, UCL and Imperial, and the application processes differed considerably. 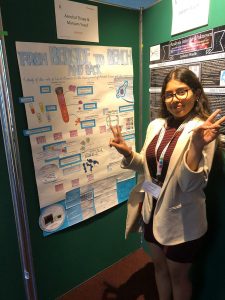 She explained: “The U.S. has a big emphasis on multiple factors of a student’s profile before they would consider accepting them.

“One of the larger factors of the application profile is your extracurriculars, you need to have 5-10 of these.

“In addition to this, you need to enter your academic transcripts as well as getting recommendation letters from teachers, explaining not just how you achieve academically, but also who you are as a person and how you act in a classroom environment.”

In preparation for applying for Rice University, Aanchal increased the amount of extracurricular activities that she took part in.

In addition to being Head Girl at Rivers Academy, she completed the Nuffield Science Programme, where she was able to work with scientists in universities to help them with the research, and volunteering in a care home as well.

Aanchal has studied at Rivers Academy since she was in Year 7, and last year, achieved straight A’s in AS Biology, Chemistry and Mathematics.

She explained the opportunities that she has been given throughout her academic career at Rivers: “The school has built my confidence all the way from Year 7, with schemes like the Brilliant Club, and constantly being pushed to believe in what I’m able to achieve.

“The support that we receive from the teaching staff is amazing. They do a really good job in keeping us focussed on both our end of year exams, for example, and also the huge choices we have to make and the changes that are going to happen in our lives!” 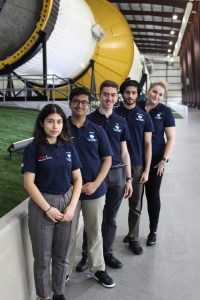 Her time in Sixth Form has been particularly helpful for Aanchal’s development, as opportunities are regularly presented to the students to broaden their experience and cultural capital.

Aanchal said: “The 6th Form have put a really big emphasis on advertising opportunities outside of school.

“For instance, lectures that you can attend, programmes you can apply for, and after a student in the year above me did it, The Sutton Trust’s U.S. programme was something that the 6th Form encouraged me to apply for.”

The Sutton Trust, an educational charity that champions social mobility, runs an annual U.S. Summer Programme, which gives students from non-fee paying secondary schools the opportunity to spend time in the USA discovering what it would be like to be an international student at U.S. institutions in the New England region.

According to Aanchal: “Initiatives like the Sutton Trust’s U.S. Summer Programme and Aspirations’ annual trip to NASA help to broaden the opportunities for students at state schools, which is great for giving them the confidence to apply for universities like Oxford, as well as international institutions like Rice!” 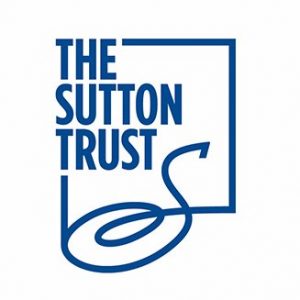 “Plus, it is next to the huge Texas Medical Center, one of the biggest medical centres in the world, which is a major gateway into the world of research.”

Although she has some reservations about being an international student, like making friends and finding a similar sense of humour, she is very excited about experiencing a different culture.