Most children expect Father Christmas to arrive on a reindeer-pulled sleigh. But at Bovington Academy he arrives on an Army tank.

Nearly 300 excited children lined the car park to watch as a Warrior Infantry Fighting Vehicle made its way through the school gates on Friday morning.

Covered in snow and reindeers, Santa and a team of elves arrived with sacks of presents to ensure every child received a gift.

The tradition to allow Santa to use a tank instead of a sleigh stretches back over 20 years and is a nod to the primary school’s links to Bovington camp which is close by.

Many of those who dressed up for a place on the tank are parents of children at Bovington Academy who work at ATDU.

Although not an Army school, it is estimated that around 65 per cent of the children who attend Bovington, which is part of the Aspirations Academies Trust) are from military families. 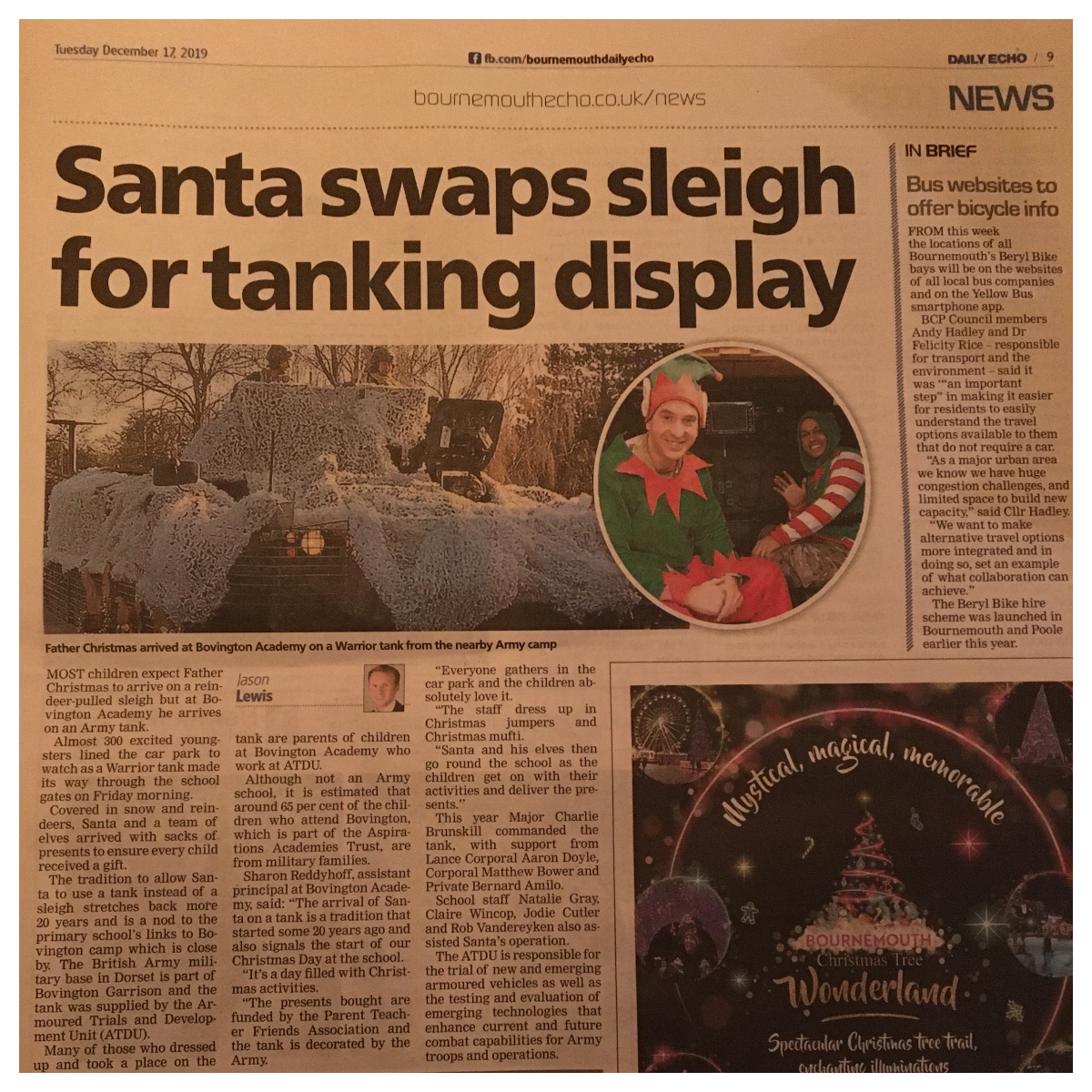 Sharon Reddyhoff, Assistant Principal at Bovington Academy, told the Bournemouth Echo: ‘’The arrival of Santa on a tank is a tradition that started some 20 years ago and also signals the start of our Christmas Day at the school. It’s a day filled with Christmas activities.

‘’The presents bought are funded by the Parent Teacher Friends Association (PTFA) and the tank is decorated by the Army. Everyone gathers in the car park and the children absolutely love it.

‘’The staff dress up in Christmas jumpers and Christmas mufti. Santa and his elves then go round the school as the children get on with their activities and deliver the presents.’’

This year Major Charlie Brunskill commanded the tank and LCpl Aaron Doyle dressed up as Santa. 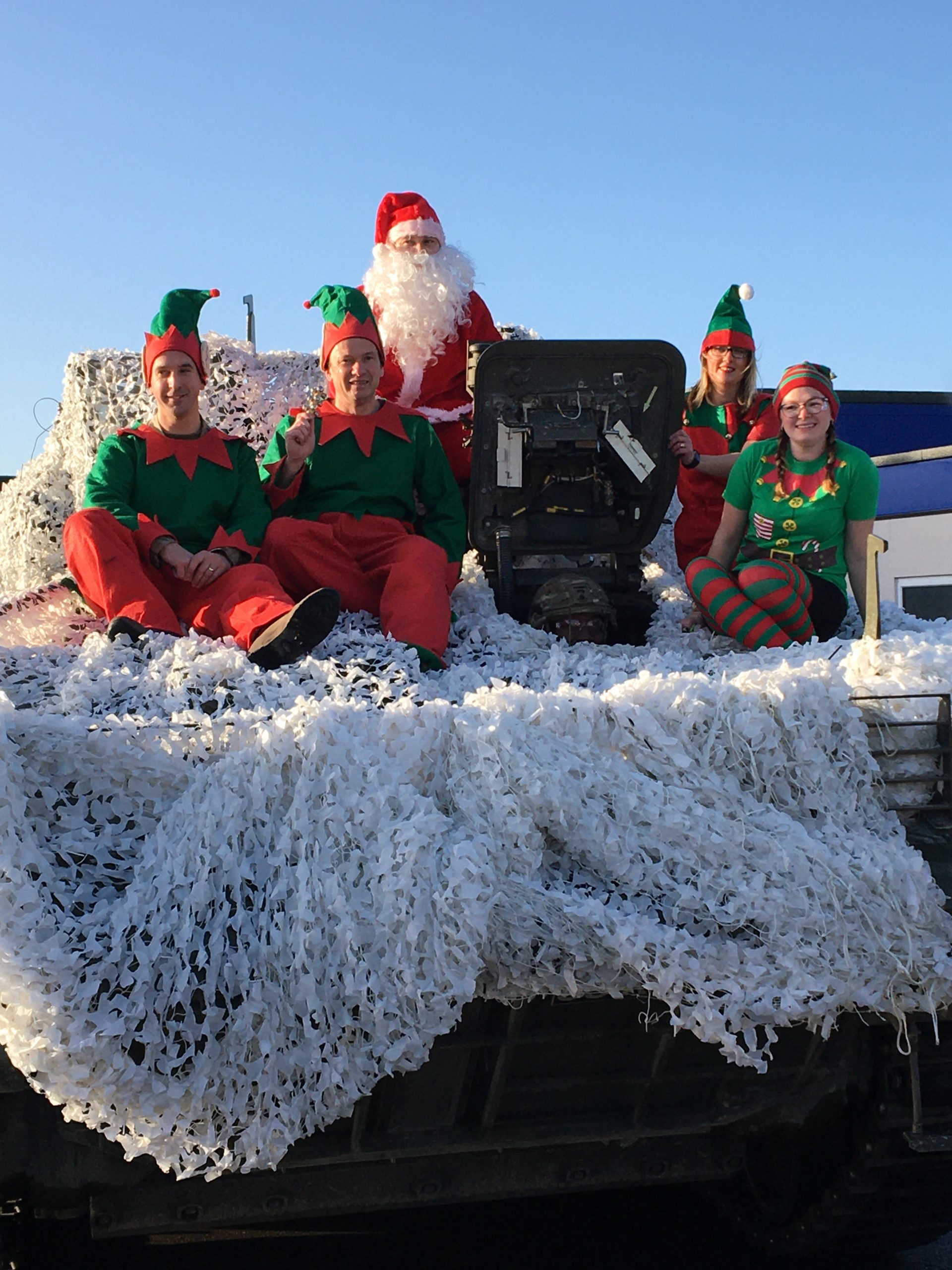