The man behind the new Livingstone Academy said he is “super excited” for the opening of the school as he celebrated receiving a knighthood.

Sir Ian Livingstone, co-founder of the Games Workshop has been knighted for his services to the game industry.

It comes at a time when he has seen the opening of his Livingstone Academy in Bournemouth delayed due to the Covid pandemic.

However, Year 7 and Reception are set to move into its premises in February, with a full opening in September.

Sir Ian told the Daily Echo: “A lot of children love learning but hate school because it doesn’t often speak to them as a human being, there’s no reason why learning can’t be an enjoyable experience.

“It’s frustrating [it hasn’t opened] but you have to accept the pandemic has put a lot of projects like this back. A lot of the workforce were ill, whilst it’s not inevitable there would be a delay, you can’t really complain too much.

“The important thing is it will be ready for full opening in September which is great. “The children seem to be loving it and enjoying their learning experience. We’re trying to contextualise learning.” 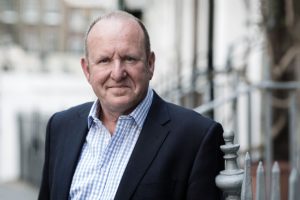 Sir Ian said he wanted the school to “change the agenda” and help the students be “in control of their technology future”.

He continued: “In schools they were being taught how to read but not how to write, they could consume but they couldn’t create and that’s the core focus of the Livingstone Academy to get people to be in control of their technology future.

“A case in point when you think about games, in Minecraft if a child applies the heat of a furnace to silica sand they’ll create glass. Because they’re doing it themselves, even though it’s digital, it’s learning by doing and they won’t forget that.

“They haven’t just been told how to do it and they might forget. It’s that learning by doing and that’s at the heart of the Livingstone Academy.

“We’re not going to treat children as Guinea pigs, we are still going to serve the national curriculum, we’re still going to expect great exam results but as a by-product of a more engaged learning experience and we will make sure there’ll be a good art component for that learning.” 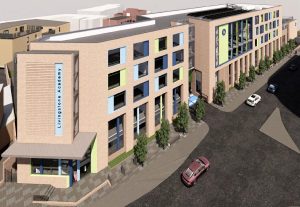 Speaking of his knighthood, Sir Ian said: “I wasn’t expecting it but I’m very delighted and it’s also great for the industry which has never been recognised like the other creative industries.

“It’s also recognition that games are finally being seen as a positive thing, a contextual hub for learning and the problem solving and intuitive learning and creativity, there’s a better understanding now of games and hopefully the people in it will get more recognition.”