Students from Atlantic Academy on Portland watched history in action during a specially themed week.

Their tour through the ages included a trip to Portland Castle to learn about medieval monarchs and Chinese New Year celebrations to tie in with learning about the Shang Dynasty.

The children walked from one end of the island to the other to visit Portland Castle to imagine what life was like under the rule of Henry VIII.

A visit to Dorchester Museum helped to contextualise learning about the Romans and the local tribes that set up home in the area.

A trip to Pirates Graveyard and Church Ope Cove as part of Atlantic’s newly launched Beach School allowed pupils to enjoy the fresh air and local history on their doorstep.

Activities were tailed off with a Romans re-enactment day to bring learning about the topic to life.

All primary year groups also joined in with Chinese New Year celebrations to mark Year 3 learning about the Shang Dynasty. 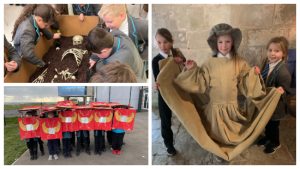 Principal Melissa Heppell told the Dorset Echo: “The children walked end-to-end of the island to get to Portland Castle and this allowed them to become engulfed in the history of the island and to be able to see landmarks as they passed.

“The experts at Dorchester Museum also helped to bring learning about the Romans to life with their vast knowledge and explained how the Romans changed the roads and living conditions in Dorchester.

“The trip to Pirates Graveyard gave the children a day outdoors to enjoy the fresh air as part of our newly launched Beach School.

“We rounded off the learning around the history units with a Romans re-enactment day and Chinese New Year celebrations that involved all of our primary year groups.” 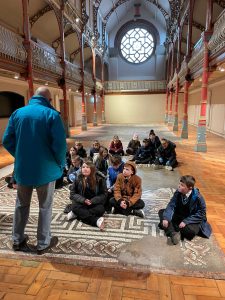 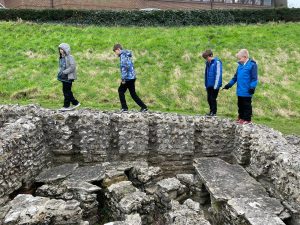 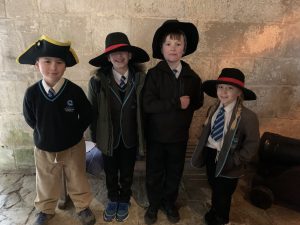