Aspirations Academies Trust’s new national director of education and standards explains his ‘success by design’ strategy to tackle the basic lack of opportunity rooted in too many schools’ culture. By JL Dutaut @ Schools Week

Jeffery Quaye is living proof that time is relative. Our interview proves he can squeeze into an hour what it would take any other mortal a whole day. Apply that to a year, or indeed a career, and you get a sense of how much Aspirations Academies Trust’s new national director of education and standards has already achieved – and, scarily, how much more he may yet accomplish.

Take, for example, the fact that he completed his PhD in maths education with Brunel University in under four years. That’s good going in itself, but Quaye did it while working full time as an assistant principal in one school and a maths adviser to three others, changing jobs to take on the vice principalship of a challenging school experiencing difficulties mid-way, and all the while practising as an additional Ofsted inspector.

Today, in the midst of the most disrupted year in education in more than a generation, 47-year-old Quaye is three months into a new role for Aspirations while continuing to work as an examiner for Oxford University’s MSC in learning and teaching. He’s on Ofqual’s books as an external expert for mathematics and he’s advising the Department for Education on the implementation of its teacher recruitment and retention strategy.

In addition, he continues to be a lead Ofsted inspector – though that hasn’t been taxing of late – and a trustee of his local primary school – which surely must be.

Oh. And he’s married to a teacher – no easy feat – and a father of two boys. 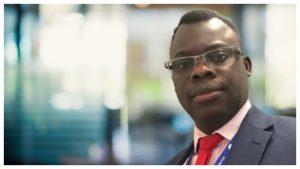 I can’t say for certain that the electrical and electronic engineering graduate with first-class honours didn’t in fact build himself a time machine during his studies in Hertfordshire and hasn’t been using it to great and subtle effect for the past couple of decades. But however much time he has, it’s clearly not enough. He is driven to improve equity, and the improvements are simply too slow. “Ten years ago, two per cent of head teachers were black, Asian or ethnic minority teachers. Now that figure has increased 100 per cent, but it’s still just four per cent. So at that rate, it’s going to take about 130 years to have any meaningful representation at that level!”

It’s an unnerving statistic – one that reflects deep underlying issues in wider society and in education. And you wouldn’t blame him for messing with space-time to get things moving quicker, but the sheer fact is that – for all the support for which he credits Aspirations Trust CEOs Paula and Steve Kenning – Quaye, as so many other people of minority ethnic backgrounds have described, has had to work twice as hard to have even a chance of achieving the same as his white colleagues. “I didn’t need a PhD for teaching,” he tells me wryly. 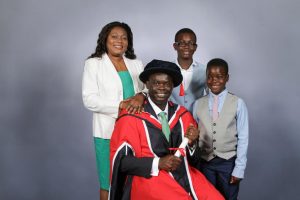 In fact, many headteachers are considered quite qualified enough with a BA and an NPQH. Quaye, for his part, holds a first-class BEng, a Master’s degree in education (with distinction), the aforementioned PhD, the NPQH, an executive certificate in high-impact leadership from Cambridge and a certificate in school management and leadership from Harvard.

Having become a leader – and one still on an upward trajectory – his approach to helping others up the ladder is two-pronged. First is his commitment to being a role model for others. “As long as you don’t have enough people at the top,” he tells me, “others might look to those roles and say it’s not for them. They will self-select.” Second is a belief in “success by design”. In the wake of last summer’s global anti-racist protests, Quaye wrote for Schools Week of his experience of racism in education, both overt and covert. Five months on, he is no less willing to use his platform to reiterate the charge: “There are people who have seen so many disappointments along the way, not for lack of being qualified or having the skill, but for the basic reason of lack of opportunity. And that is rooted in school cultures that don’t recognise either their value or that they can be of equal merit in those roles.” 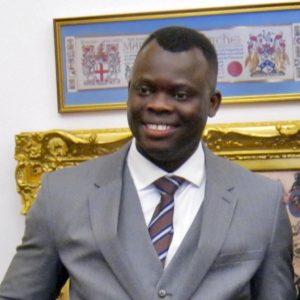 Since the start of his career, Quaye has done everything in his power to ensure his value and merit were recognised. Having decided on education when he found himself enjoying mentoring other engineering graduates more than doing the engineering itself, he’s now a chartered maths teacher and a chartered London teacher and early on “became an advanced skills teacher, because that was almost like the pinnacle of best practice. So I aimed for that, but underneath I’ve always had that eye on leadership, because I think you have more influence through leadership.”

To be sure, he has influence now. And his focus isn’t just on equity for children from ethnic minority backgrounds. “My first leadership experience, I was tasked with improving maths, but then I had also the joy of being told to do that with English. So it was quite a meaty role, you know? The school was predominantly white British pupils, but the same issue of equity and excellence was at play. So for me, that strong conviction of wanting to transform life chances was the driver, not necessarily how many kids are from ethnic minority or diverse backgrounds.”

That was at Goffs School (now Goffs Academy) in Cheshunt, Hertfordshire, where Paula Kenning was headteacher at the time. The results he contributed to there prompted David Cameron to single the school out for praise. “Dramatic improvement is possible,” he said in 2011, citing Goffs’ results by way of example.

Quaye had moved to Goffs from Hatch End High School in Harrow, where he held his first teaching position, and moved on from Goffs to Rivers Academy West London, where his assistant headship was complemented with a trust-wide role for maths. Then, it was on to City of London Academy in Southwark, where he took on the role of vice principal.

One of the first academies to open under New Labour’s school improvement programme, a 2016 short inspection said the school continued to be good and highlighted that “pupils identified as coming from a disadvantaged background make progress in line with their peers. In 2015 a larger proportion of disadvantaged pupils than their peers attained at least five GCSE grades at A* to C including English and mathematics.” By 2017, Quaye had overseen the academy’s best ever results in maths at GCSE and A-level, placing the school in the nation’s top ten per cent for pupil premium attainment. 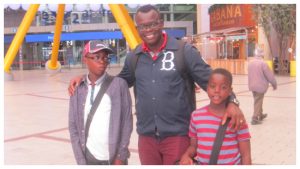 Everywhere he has gone, the Ghanaian-born and raised Quaye has left a trail of successful results in his wake. He identifies closely with Nick Gibb’s statement that “education plays a vital role in tackling inequality”. He also believes deeply in the importance of excellent behaviour, but he is more inclined to talk about Aspirations’ new “no limits” curriculum – a problem-based inter-disciplinary approach across key stages two and three – than “no excuses” behaviour policies.

In fact, reductive approaches are as far from his thinking as can be, an appreciation of complexity that has stuck with him from his engineering training. “Changing human behaviour is not as simple as designing something to do what you ask it. But you can create systems. You have to design that path and put in the supporting structures to enable the likelihood of that intention to manifest. Success by design.” 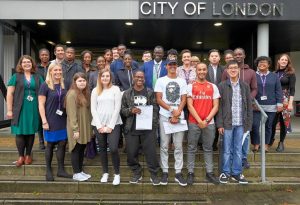 When Quaye moved to England for university, he left his parents behind. His father, a banker, is now deceased and his mother, a teacher, still lives in Accra where he was born. But he was moving closer to other family members. His grandfather had served in World War II and made his life here. Over the course of his life and career here, he has received more visits from Ghana than he has made back to his birthplace, but it’s a sacrifice he has willingly made to get on. “I didn’t do a visit for 14 years. The last time I did was 2018. You’re trying to fit so many different things in the summer period and you always have something scheduled for that block.”

And that’s the truth of it. There is no time machine. There is the pressure to prove yourself, that “niggling feeling for people from ethnic minority backgrounds that they have to always do extra to get that one opportunity”. There is the responsibility of being a role model that comes with being one of only four per cent. And there is passion for your work, which Quaye has in spades.

And the rest is organisation.