A talented Uxbridge student’s sculpture will be exhibited at this year’s Young Artists’ Summer Show at the Royal Academy of Art.

It is the first time work created by a Park Academy pupil has been chosen and the accolade for Sam Auckland is all the more prestigious because his entry was one of 17,700 submissions from youngsters nationwide aged between 5 to 19.

The 16-year-old is one of 400 artists who will have their work go on display after impressing judges with his super-sized matches and matchbox.

An online exhibition launches in July. The onsite exhibition has been postponed to the Autumn and there are further prizes on offer with Sam now also having the chance to sell his work too.

Geraldine Mattis, head of art at the Park View Road school, submitted Sam’s entry, created as part of his GCSE coursework, on his behalf.

She told the Hillingdon Times she was ‘’ecstatic’’ his work, influenced by Pop Art, had been selected: ‘’Sam is just incredibly talented and I intuitively knew he would be chosen. This is brilliant news for him and the school and he will hopefully inspire other children.’’

Sam said it was ‘’amazing’’ to have his talent recognised by the Royal Academy of Art, adding: ‘’Art helps me to relax and it gives me a sense of freedom knowing that I can make anything I want. I love art.’’ 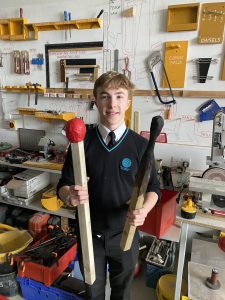 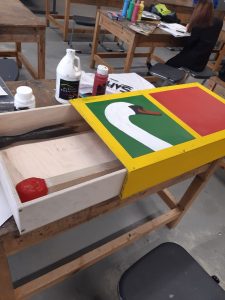 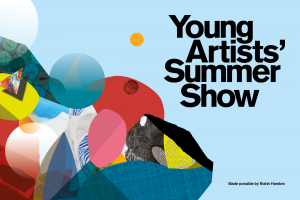 His parents Melanie and Mark Auckland said they were ‘’incredibly proud’’ of him and his mum gushed: ‘’Sam always astounds me with some of the things that he makes and never disappoints me with the items he produces.

‘’During lockdown he has spent his time making a bench (see pictures below). On another occasion he decided he wanted to build a shed at the bottom of the garden so that’s what he did and it’s where he keeps his tools and lathe. The way his brain works is incredible – he finds different ways of doing things.’’

Prizes will be awarded for two inspiring artworks from each key stage, as chosen by the Judges.

Members of the public will also be able to vote for their favourite artwork in the People’s Choice Awards. All prize winners will receive vouchers for art materials plus a free practical workshop for their school.

Juan Delgado, Principal at Park Academy, said: ”Having seen Sam work so hard this year and witness how creative he is it is no suprise he has been shortlisted. I look forward to Sam’s future works and I have a feeling that we will hear about him in the not too distant future on a more global scale.’’ 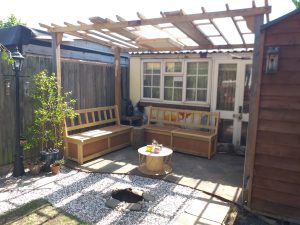 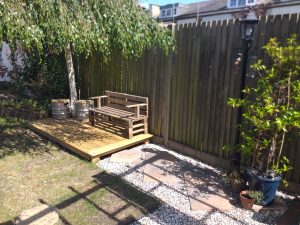 A spokesperson for the Royal Academy said: ”The Royal Academy is delighted to host the Young Artists’ Summer Show for a second year. We were overwhelmed by over 17,700 submissions – testament to the importance of art and creativity in young people’s lives, now more than ever.

“Thank you to the many schools and households across the country who have nurtured and sustained young artists in this challenging time.

“The standard of the work was extremely high and we congratulate every young artist who entered the competition – thank you for sharing your work with us. The final selection of works can be viewed in the online exhibition, opening on 12 July, and in the onsite exhibition here at the RA (dates tbc).

“We would also like to thank our sponsor Robin Hambro, whose vision and generosity has made this exhibition a reality.’’