It has turned into one of the must-see films of the year and one that has touched the military wives who work at Bovington Academy.

They are thrilled Military Wives has become a box office hit and turned a spotlight on the women, regarded by many, as the unsung heroes of the military community.

The film is based on the real-life story of an all-female choir on a military base which was set up in 2010 to help the women cope with the pressures of their husbands being away fighting wars.

News of the choir quickly spread and there were TV and radio appearances followed by a collaboration with TV choirmaster Gareth Malone and a Christmas number one with ‘’Wherever you are’’.

Bovington Academy, a primary in Wareham, is just yards from Bovington Camp a British Army military base that focuses on training.

For many of the wives of the soldiers based there, it is not a choir that provides them with a sense of purpose, an opportunity to support their community or a release from their worries. It is the classrooms of Bovington Academy where they work as teachers or Learning Support Assistants.

Around 60% of the 247 children at the academy are from military families and the support and help provided by the military wives at the school is invaluable.

The three teachers and 12 members of support staff have an unspoken understanding of the emotional turmoil and upheaval that the military children go through and that their needs are often different to their civilian peers.

Very often these children have left friends behind as they’ve moved from one base to another either at home or abroad. Some are worrying about a parent not returning from a tour while others could be dealing with a parent who has PTSD.

The military wives at Bovington Academy reveal why the pastoral support they provide military families is crucial (Picture below FINNBARR WEBSTER/F30901).

Lowry Stone is Pastoral Lead. Married to former tank commander Rocky Stone, who is now a lecturer in driver and mechanics at Bovington Camp, they have one daughter Eleanor, 30.

Lowry is pictured below and told the Dorset Echo: ‘’We are serving the community and we [military wives] are kindred spirits. Our school is so fundamental to these [military] families.

‘’We get many parents who come through the school gates who tell us that they don’t know what to do in a certain situation or they need help with signposting [guiding], sometimes it’s about a situation they find themselves in.

‘’As military wives we understand what this all feels like – we’ve all been there and we’re happy to do whatever we can to help and support so that the children can carry on coming into school. They all feel supported which enables us to breakdown their barriers to learning.

‘’Sometimes a child might say, ‘I can’t remember what my mummy smells like’ [if she is away on a tour] or they might be worried about a parent not coming back home – we can help take the pressure off those children because we understand what they are going through.

‘’We have to help the community that we are in because we know what it is like not to have somebody there in your darkest moment when it turns out it’s your husband that has fallen off the mountainside and you hear it on the news or you’re in a foreign place and feel isolated.

‘’The first childhood experiences for some of these children may mean some could have PTSD because of what they’ve witnessed or the disruption they’ve encountered.

‘’For some of the children who come to us, this is their 9th school. Others may have to deal with scenes of domestic violence, alcoholism or drug abuse at home. Or it could be that the family dynamic has changed at home with dad now around a lot more.

‘’Being emotionally available to the children as we are helps to heal them.’’ 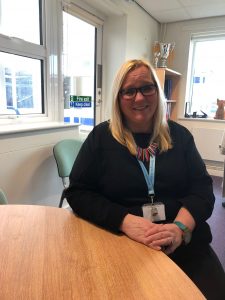 Sarah Brunskill is a Year 1 & 2 teacher at the academy. She is married to Major Charles Brunskill and they have two children 7-year-old Harry and 8-year-old Isabella. She is a member of the Bournemouth Symphony Chorus.

She said: ‘’When military children come in you have to break down those barriers very quickly especially if they might have a short period of time within this school. The children have to get to know people just like we do as adults having to get to know the area. They have to get into activities and get to know people especially in a rural environment. You have to be mindful of their experiences – they might not have seen one of their parents for a good while and we understand those stresses and strains.

‘’It can be traumatic for the children, home can be a stressful environment for them, but you don’t dwell on it. But you are mindful of it when you’re talking to them and thought through distractions are important.

‘’Music in the military wives’ choirs allows adults to go and take part in an activity where they don’t have to say ‘how are you, how old are you?’. You use music as a way of translating and communicating and we do the same through play and learning activities here.

‘’The children can have a real giggle about things. Breaking down barriers through projects to stimulate them such as role play.

‘’We treat the children very similarly [military and non-military] because when they come in through the door there could be other stresses and strains. There could be a divorce happening at home, it’s not just that they’re in the military.

‘’You use distraction methods and other ways of coping and tools that allow them to cope when they feel stressed.

‘’They have time to talk sessions at the school where they talk about their feelings and how it’s ok not to feel ok.

‘’It’s lovely the camaraderie with the military wives here but I also feel I can genuinely talk to anyone who works here at the school, military or non-military. But the people that have been military those are the people that you can turn around to and say ‘he’s away again’ and tap in with them.

‘’Just as much as the military children have moved, we have as adults – I moved from Kuwait and Jordan prior to being here – and we have lots of different experiences to help with coping with change which children can find difficult.’’ 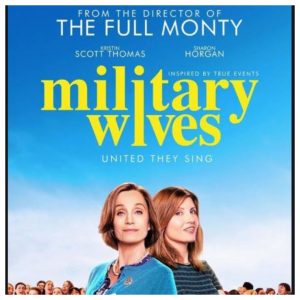 Vicky Smith, 38, is a Learning Support Assistant and has two sons, Dylan, 7 and Aiden, 4. She is married to Andrew Smith, a WO2.

She said: ‘’Some people think it’s really glamorous that you’re married to a soldier and it’s amazing and it is – you’re so proud of what they do – but being a military wife is actually hard work and it’s tough!

‘’I officially started at Bovington Academy in October last year. Prior to that I volunteered at the school for a year every Monday and Wednesday. For a long time, I was thinking, ‘what can I do, what can I do?’ It got to October (2018) and my son had started going to nursery and I decided to volunteer at the school because it got me out of the house and I thought, I’ll see if it’s my cup of tea and I absolutely loved it.

‘’You can get stuck in a rut [as a military wife] and you find Monday to Friday you don’t leave the house apart from to do the school run. I wanted to do something that needed me to get up, and go in. I needed to do my hair and make-up and have a reason to leave the house. Volunteering at the school allowed me to do that especially during the winter months when it was chucking it down with rain.

During the period Mrs Smith volunteered, she decided to start studying for a diploma to qualify as an LSA and found herself leaning towards fellow military wife Natalie Gray for support. Mrs Gray is also an LSA at Bovington Academy and as she was already qualified she acted as a mentor to Mrs Smith.

Mrs Smith said for many the school is an extension of the military community nearby.

She said: ‘’The school knows there are extra needs when it comes to military children – they have specific ones. Especially at Bovington because it has such a high turnover. Families usually start with a two year posting and then go. So you get children who when they come here may have moved many times before and they know they’re only here for two years and then off again.

‘’We understand what’s that’s like – my family has been posted to Germany, Norfolk and Tidworth –  and with the other military wives, we understand from personal experience, we have that little more insight into how tricky it can be.

‘’Some children struggle with that transition and it’s difficult. Some of them have had three or four schools prior to being here. That support you wouldn’t necessarily get in a regular primary school with no forces nearby. Here you’ve got the breakfast and after-school clubs which my son’s previous primary didn’t have.