The personal touch to say thank you: Park Academy students hand-deliver Christmas cards to the community to spread festive goodwill

Tablet devices, email cards and notes are now the norm.

But it seems a hand-written and hand-delivered Christmas card still comes up trumps in the feel-good factor stakes.

It’s a lesson that was brought home to students at Park Academy West London after they spent an afternoon delivering festive cards to local businesses.

The aim of the exercise was to remind pupils of the importance of saying thank you to those who play an intrinsic part in the community in which they live and study. 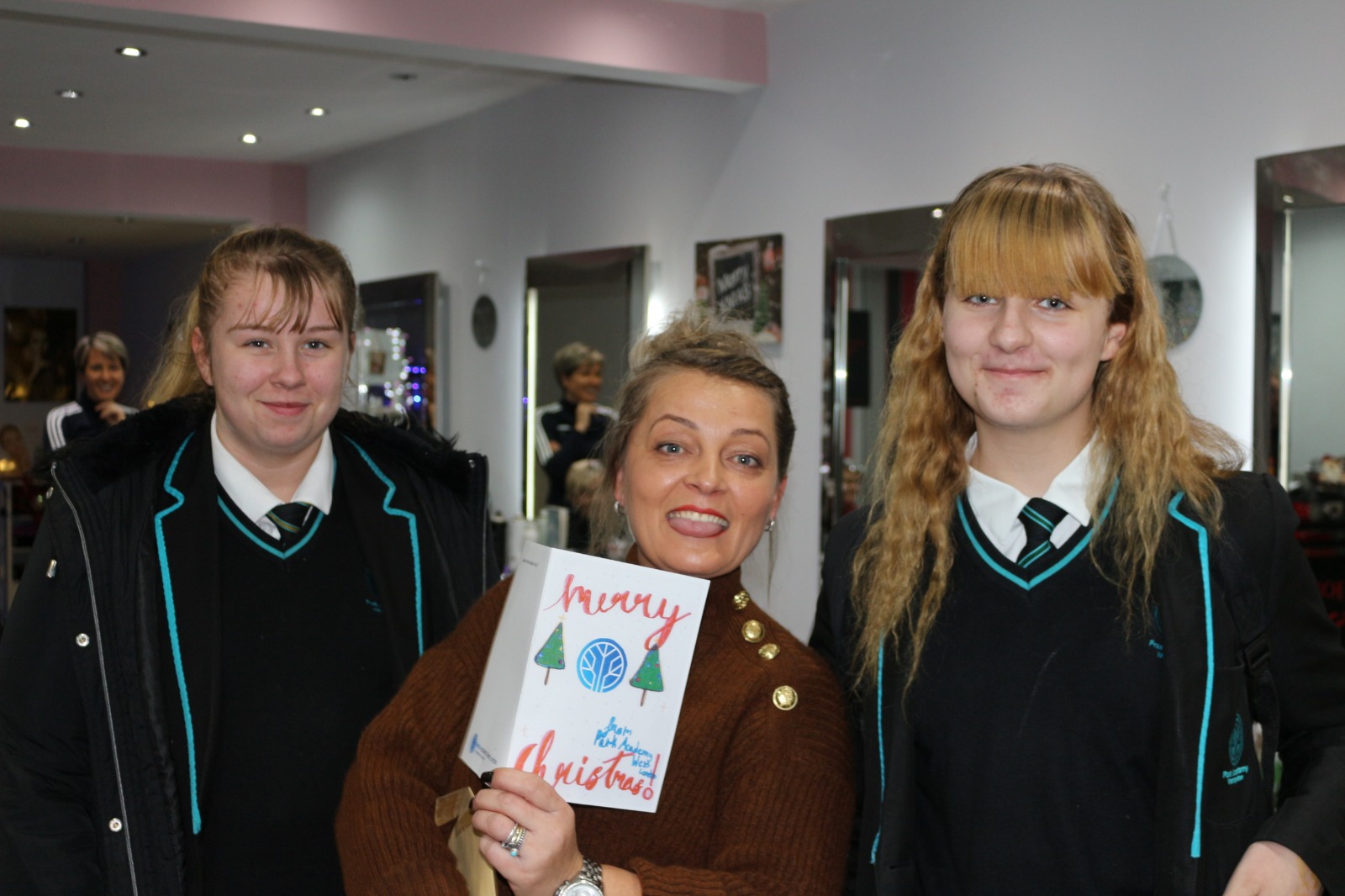 The idea for the goodwill gesture originated following a competition which challenged students from four year groups to each design a Christmas card.

It was decided the best would be mass-printed and delivered to different members of the community in Uxbridge.

The winning designs of the Year 8 students were chosen for their relevance, use of bold colours, and simplicity in conveying the message of Christmas.

Juan Delgado, principal of the school which is part of the Aspirations Academies Trust, said the decision for the students to hand-deliver their cards ties in with the school’s No Limits Curriculum which aims to encourage pupils to think about the bigger picture.

He told the Hillingdon Times: ‘’It’s very easy for students to get stuck in the bubble that is their school and it was important to remind them about the people in the community who play a role in the bigger picture that makes up their lives.

‘’Part of our No Limits Curriculum is about pulling together several different subjects and showing how they all link in. With the card competition, it wasn’t just about designing and printing a card or making a profit by selling it.

‘’We wanted to think beyond that and for there to be an altruistic element to what the students were doing.’’ 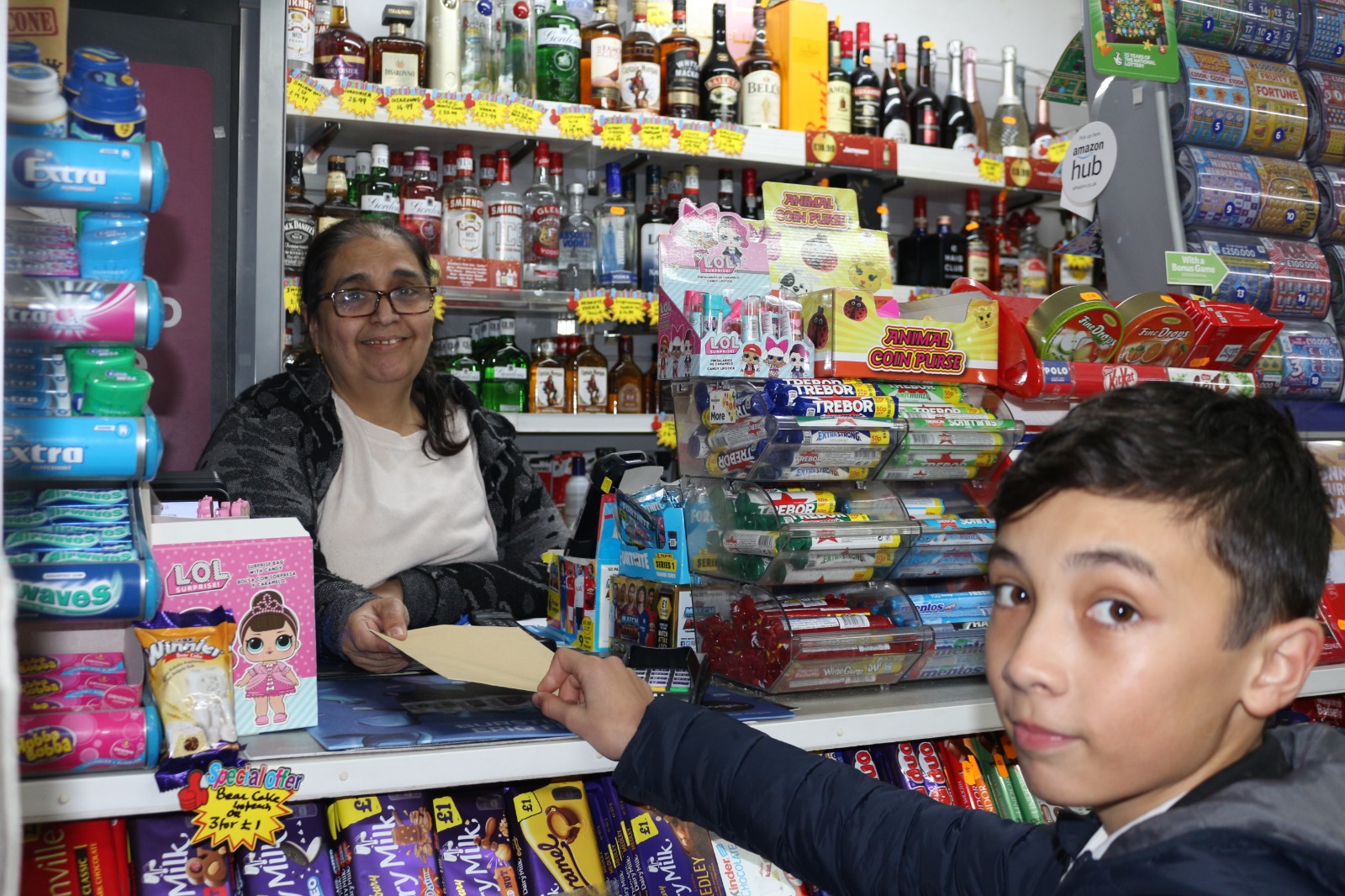 Mr Delgado said the students were left with the same feel-good glow as those who received a card.

Student Andreea Galatanu said: ‘’ ‘I wanted to make the design really simple to have impact. Going out and giving the card to members of the community made me feel really proud’’

The card competition was led by art and design teacher Charlotte Fragoso who said: “Teenagers can often receive such bad press in local communities as people often only talk about negative stories they hear, so it was important to give something back this year and spread some Christmas cheer! Many of the passers-by that the students gave cards to seemed genuinely pleased about receiving the cards”

Some of the winning cards will also be delivered by post to local care homes, primary schools and hospitals, as the students try to spread some Christmas spirit to the community in West London. 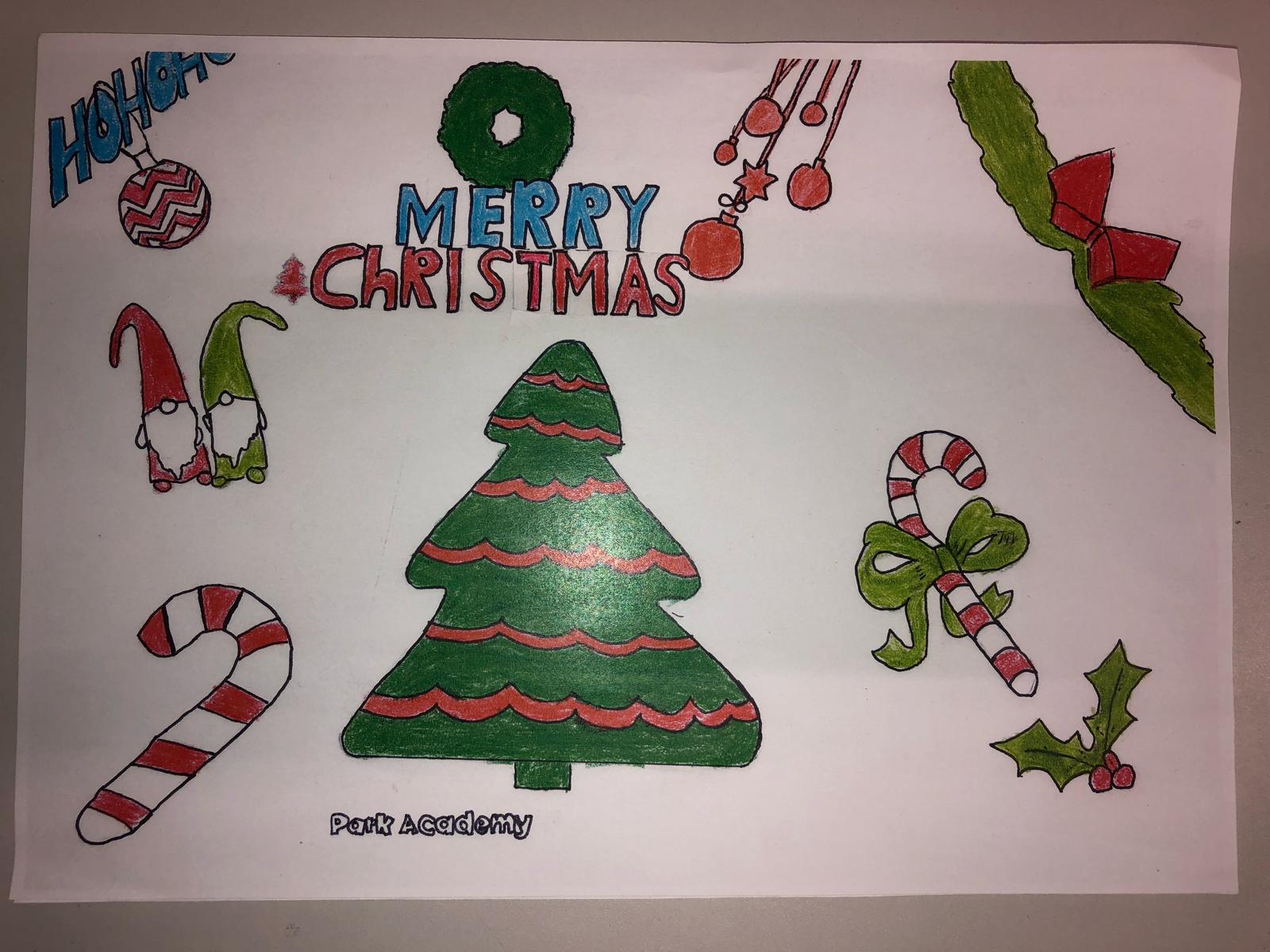