The response from the public has been humbling and heart-warming.

An incredible 750,000 people have signed up to join the NHS volunteer army in just 5 days to help our frontline health workers, doctors and nurses battle coronavrius.

A target of 250,000 had initially been set by Health Secretary Matt Hancock but this was trebled following the huge response from the public. The appeal has now closed.

These kind-hearted individuals will this week start delivering food and medication to 1.5million vulnerable people who have been told to stay at home.

They will also transport patients to and from hospital and provide regular phone calls to the lonely and isolated.

Two teachers from Wykham Park Academy in Banbury are amongst the 750,000 who have been vetted, approved and are ready to start volunteering. They will both deliver food and medicines and drive patients to appointments or take them home.

Schools are currently only open for children classed as vulnerable or whose parents are key workers. Millions of other children are being home schooled and work set remotely.

Neither Stacey Walsh or Maria Martin teach a core subject and the flexibility around volunteering for the NHS means that it does not interfere with the work that is set for pupils and their needs and requirements are still a priority.

Miss Walsh, 30, is part of the Senior Leadership Team at Wykham Park Academy in Banbury and teaches travel and tourism. She spent time in hospital as a child and is grateful to the NHS staff for life-changing treatment that she received.

Mrs Martin is a 52-year-old mother-of-two and art teacher at Wykham Park. She sees NHS volunteering as an opportunity to thank the NHS for the incredible care that her twin sister Tania Shankland received almost four years ago when she was involved in a horse riding accident.

Left paralysed from her arms down, Mrs Shankland received almost £1m worth of treatment to repair her body and help her adjust to her new life. 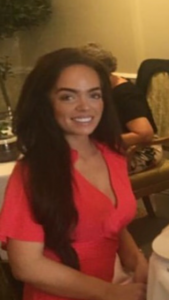 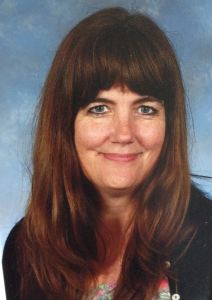 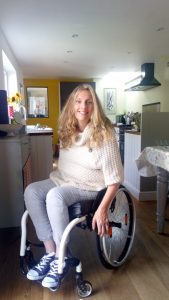 Miss Walsh, 30, told the Banbury Guardian: ‘’When I watched the Prime Minister urge the public to step forward and help, I thought I have to sign up straight away.

‘’We are key workers and still being paid. Teachers are working on a rota but we have time and I wanted to put the time I have to good use.

‘’I don’t have any children or underlying health issues so it’s not a problem for me to help.

‘’I’ve ticked all the options available when it comes to helping so I will be talking to the elderly, doing the shopping, transporting patients and picking up medication.’’

Miss Walsh (pictured below) said teachers are key workers and are being paid, at a time when those in other professions have lost their jobs.

Schools are currently only open for children classed as vulnerable or whose parents are key workers. With millions being home schooled and work set remotely, Miss Walsh said more teachers should step forward to help. 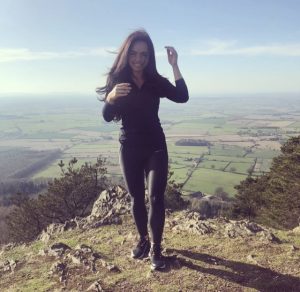 A keep-fit fanatic who goes to the gym at least five times a week, Miss Walsh said her active and healthy lifestyle is the result of life-changing treatment she received from NHS doctors and nurses. Volunteering at this time is her way of giving back and saying thank you.

She explained: ‘’When I was younger, I was hospitalised and treated for a lung infection.

‘’I was about nine-years-old when I started to develop asthma-type symptoms and coughing persistently.

‘’It got to the point where I had to sleep upright. I visited the doctors on numerous occasions and was given steroids and inhalers but nothing worked. Eventually I was admitted to Birmingham Children’s Hospital and was there for three weeks. The doctors and nurses were incredible, they fixed my problem and to me the NHS staff are life-changers.

‘’I have an active and fit lifestyle and it’s all thanks to my hospital treatment. My life could have been very different and I don’t ever forget that.

‘’Volunteering now is an opportunity to give something back and I would encourage more teachers to step forward and do the same.’’ 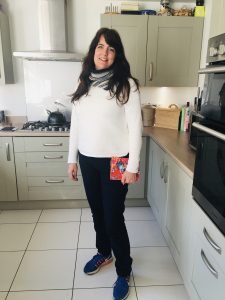 Mrs Martin (pictured above) said: ‘’I signed up last week and have been accepted. As I’ve still got my salary, I can pay for petrol so I’ve put myself forward to take equipment to and from hospitals, take patients home and also do shopping for those that need help.

‘’I have a beautiful twin sister, Tania Shankland, who was left paralysed following a riding accident and the NHS were absolutely amazing with the support they gave her.

‘’The staff were remarkable from beginning to end. At some point in everyone’s lives they will need the help of the NHS. The coronavirus crisis is just a snapshot of the care that the doctors and nurses provide. We are all indebted to the NHS and volunteering is my way of saying thank you.’’

Mrs Shankland (pictured above), 52, is a management trainer for company Eliesha and lives in Abergavenny in Wales.

She cried when she watched Boris Johnson make his appeal as she was reminded of the immense care NHS staff had given her following a ‘devastating and catastrophic’ horse riding accident which left her paralysed from the arms down.

Mrs Shankland’s treatment cost almost £1m and included a year of support from NHS therapists who helped her and her family cope with the life-changing consequences of the accident which occurred in May 2016.

The mother of two fell off the horse she was on as she jumped a fence.

Rushed to the Intensive Care Unit at Nevill Hall hospital in Abergavenny it was discovered that in addition to her paralysis, Mrs Shankland had a punctured lung and the trauma had sent her body into a cardiac arrest.

She underwent a five hour operation at Royal Gwent Hospital to stabilise her broken back with rods and endured five months of rehabilitation at Rookwood before being allowed back home. NHS physical therapists then spent a year visiting Mrs Shankland daily to help her become accustomed to her new life.

Mrs Shankland said: ‘’The care I received was incredible. From the paramedic that arrived at the scene and came back to check on me the next day to the ICU staff and the nurses working 12 hour shifts on wards. Working for the NHS is a selfless job and it’s not one you do for financial gain. NHS staff are incredible. I received almost £1m worth of treatment and care that was fully free to me.

‘’The physical therapists came in everyday at 7am for a year. They helped me to get up in the morning, shower, get dressed. They provided mental support too – there were days when I would say ‘I can’t get up’.

‘’Most people only receive two weeks of this care but my accident was so devastating and catastrophic, they came to see me for a year. They helped me to leave the house, supported me in getting back to work, the emotional support was incredible. A year after my accident I was back at work.

‘’I cried when I heard Boris Johnson’s announcement for volunteers because the NHS staff who helped me, held my life together, kept my family together and made sure we came through on the other side.’’