Would you like to have dinner with a NASA astronaut? It’s on the menu if you’re an Aspirations Academies Trust student!

It is a dinner that left Matthew Meades with an indelible impression.

‘’It was enlightening sitting opposite astronaut Doug Wheelock for an entire meal. I was able to ask him so many questions about space travel and astrophysics which felt quite personal.”

Matthew has nothing but fond memories of the night he dined with the NASA astronaut and was also lucky enough to sit alongside a host of other space experts and grill them during his week-long US visit.

And the experience was not a one-off created just for the former Rivers Academy West London pupil.

For while having dinner with a NASA astronaut is not an everyday occurrence for many students, it certainly is for Sixth Form pupils from across the Aspirations Academies Trust.

Each year a handful are selected to take part in the prestigious visit to the United States’ most important sites in space travel, including the Johnson Space Centre and the Kennedy Space Centre. 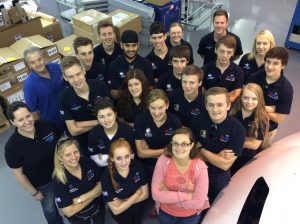 Matthew and another former Rivers pupil Max Wojtkiewicz have nothing but fantastic memories of their trip which took place in 2014 and said it helped them decide what they wanted to study at university.

And while the night questioning Mr Wheelock, who has logged 178 days at the International Space Station in two separate flights in to space, was inspiring, Matthew also recalls: “Almost every single dinner was accompanied by a NASA professional – whether that’s an astronaut, an engineer or a scientist – which was great for building rapport with experts in the field and learning more, even at dinner time!”

The pair have opened up as this year’s batch of Year 12 students prepare to take their places on this year’s Space Education Adventures trip organised in conjunction with NASA.

Visits are also organised to Elementary and High Schools so that students can experience the differences in education cultures between the US and UK.

Matthew and Max were put through a demanding application process including an initial application, a presentation, fundraising efforts, aptitude tests and physical tests.

Matthew added:“The application process was helpful for a variety of reasons. It was cool to conduct individual research on topics that you may not necessarily have to learn in school, and the fundraising element to the application meant that we were active within our community to raise money for the trip.’’

Matthew, along with classmate Ben Lagha, conducted a raffle with prizes collected from members of the local community, including high street vouchers and free haircuts. Max, on the other hand, raised money by taking part in a sponsored run of 100K over the space of five days, running a whopping 20K per day! Altogether, the boys raised over £500 for the trip. 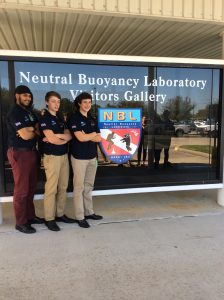 Personal highlights of the trip for Matthew and Max included: “going behind the scenes in the mission control room, where the general public aren’t allowed to go, as well as seeing the way that American high schools operate, everything is so different to the way that schools are in the UK, so that was really fascinating!”

“However, there were some physical challenges on the trip, the days are really long with often late evenings and early rises. It is totally worth the long days but that can be really challenging at first!” Max explained.

When it came to deciding what to study at university, Matthew admits that the visit to NASA influenced his decision: “I wasn’t sure before the trip, but visiting these amazing sites of space exploration cemented my decision to study aerospace engineering at Uni. The trip was definitely aspirational in that respect! I was even lucky enough to stay in contact with an electronic programmer for Orion capsule, who offered me career and internship advice”. 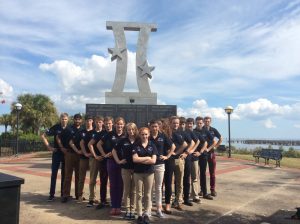 The boys also offered their own advice to students looking to apply to go on the trip, or those that are already planned to attend the trip next month.

“Go in to the trip with an open mind. I wasn’t sure what I was expecting before the trip, but was utterly mind blown by the every carefully picked part of the trip. Show your passion for space exploration and the different ways in which it impacts our lives – you will be rewarded for it and it is so worth it!”