A young student at Ocean Academy who lost his father to dementia has raised hundreds of pounds for charity in his memory.

Nine-year-old Benoit Witt, a Year 5 pupil, encouraged his fellow students to support him in completing a sponsored mile-long walk, raising £566 for Dorset MIND.

Benoit told the Bournemouth Echo: “I was talking about doing something in memory of my dad with Mrs Simpson who suggested a walk which I thought was a great idea. I had already done a walk for Dementia UK so I knew it would be a good idea.

“The charity MIND is important to me because my dad suffered from dementia at an early age and this charity specialises in helping people who have various conditions with their brains.”

One student, Amelie Collings, chose to donate in a special way by walking a mile each day and raised in excess of £70. 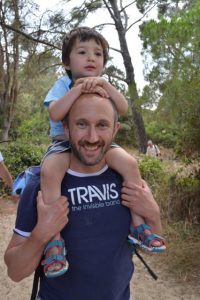 Benoit was only five-years-old when his father was diagnosed with Frontotemporal Dementia with progressive aphasia.

His mother, Nathalie Pezeillier, said: “Ben felt very sad to know his father was unwell and felt it was unfair that dementia had affected his dad, preventing them from getting to know each other, play or talk about football together and build memories together.

“Growing up knowing that his dad had a terminal illness was difficult as the sense of loss was continuously at arm’s length. It was a source of anxiety.” 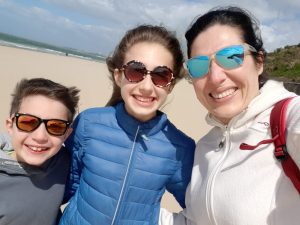 Benoit pictured with his mother and sister

Ms Pezeillier said she was touched by the support staff at Ocean Academy have given her son and praised Mrs Simpson for the care she has shown.

“He has had to face a dad with illness for as long as he can remember,” she added. “He loved his dad unconditionally.

“He felt honoured that the school decided to twin the charity event with a gesture of respect after the loss of his dad.

“Seeing Ben so happy and with a sense of achievement was a happy moment for me. I am grateful to the school for doing something so positive.” 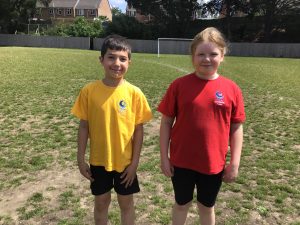