Pupils from a Banbury primary school enjoyed the stage one finish of the Women’s Tour cycle race, and a mini BMX track to ignite their passion for the sport.

Almost all 380 students at Harriers Academy lined the pavement outside their school earlier this month as they clapped, waved their banners and cheered on the elite female athletes whizzing past including World Champion Elisa Balsamo.

The line up of the route which saw the pupils witness a convoy of police escorts, television crews and support vehicles, was preceded by morning sessions for the youngsters on a mini BMX track set up near the school’s site at Bloxham Road.

Organised by British Cycling, the students from various year groups ranging from four to six, were led through a range of activities and races.

Alex Pearson, principal at Harriers, told the Banbury Guardian: ‘’The children loved the whole experience and have been inspired by it. I think it was really positive that it was women’s elite sport too. It prompted some of our year six girls to speak about what great role models they were and the subject of equality during a discussion session later that week.

“Almost all the children at the school – nearly 380 from reception through to year six, lined up on the pavement and the children were delighted by the spectacle. It is rare to see world-class athletes on your doorstep and it was important for the students to see the buzz and the organisation involved and to realise that for a sporting event like this to take place, it takes the support of a whole community.’’ 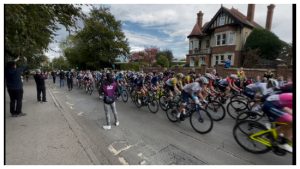 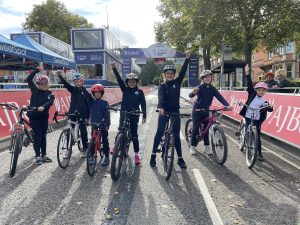 Mr Pearson was so impressed by the enthusiasm of the students about the event, the school is now working with the Banbury Star Cycling Club. Pupils have signed up to the Rising Stars programme run by the club, which is aimed at developing a passion for cycling amongst children aged between seven and 16. 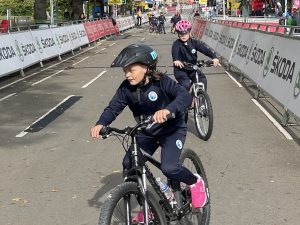 Mr Pearson added: ‘’We now have several children who are interested in joining the Rising Stars programme. The children loved the whole experience and have been inspired by it, from wanting to be a professional cyclist to becoming a motorcycle policeman. It was a great event and has had a positive impact not just on the school but the whole community.’’ 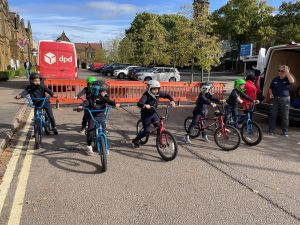 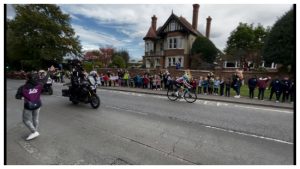