Teenagers at the Banbury secondary school were given the send-off they deserved after staff arranged for the event to take place on the stunning lawns at Compton Verney.

School proms have become a rite of passage for teenagers and staff at Wykham Park were determined this year’s event should go ahead despite Prime Minister Boris Johnson announcing Covid restrictions would not be lifted on June 21st.

While many schools have chosen to cancel their proms, Wykham’s Principal Sylvia Thomas and her staff simply tweaked the plans already in place.

Ms Thomas told the Banbury Guardian: ‘’Our young students have had a disruptive two years and they deserved a celebration. Despite the obstacles they never gave up and carried on doing their best. This was our way of giving something back.

‘’The prom was originally going to be indoors at Compton Verney and we changed our plans to hold it outdoors on the lawns.

‘’The event was simply stunning and the students had a great time and enjoyed an experience they didn’t think was going to be possible.’’ 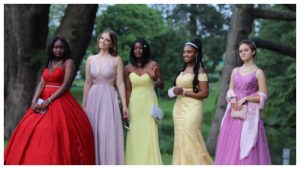 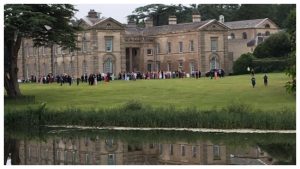 Approximately 90 students attended and were cheered and applauded by family members and Wykham Academy staff as they made their way up the impressive long sweeping drive in their gowns and tuxedos.

The event, which was covid compliant, was catered for by a team of staff at Wykham led by Lisa Palmer, whole school administrator at the secondary academy.

She said: ‘’It was a lovely send off for the students and it was a chance for them to have a little bit of a celebration as it has been tough for them with all the disruption caused by Covid.

‘’It was a team effort and it was fantastic to see what was achieved for the students.

‘’We set up a mocktail bar for them, there was a photo booth, we organised the canapes and buffet. We’re very appreciative of the discounts and donations from Morrisons in Banbury towards our buffet.’’ 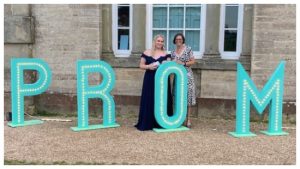 Proms (short for promenades) have long been popular in the United States and are an annual spectacle that took hold in the 1920s when high schools in the country began hosting them for their students.

They are believed to have taken hold in the UK at the start of the new Millennium.

The British Council estimates at least 85% of schools in the UK now hold proms for their GCSE students. 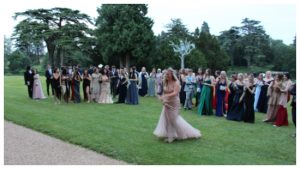 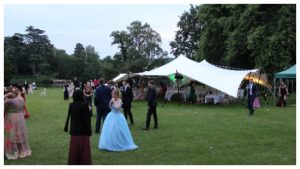 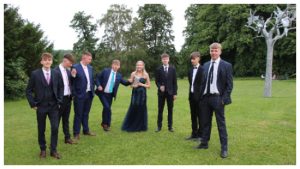