Tasked with creating profit-making ventures with an investment of just £10, year 6 pupils at Bovington Academy became budding businessmen and women.

Students at the Wareham primary school came up with a range of ideas from cake stalls to ‘throw a sponge at a teacher’ and a penalty shoot out with a Slushie stand. This proved to be the most popular stall, making a profit of £71.50.

There were nine groups in total and all generated a profit of more than £15. The money was used towards a leavers’ party for the year 6 students. 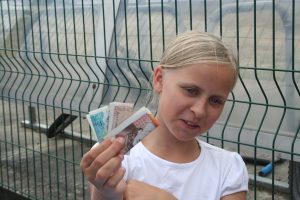 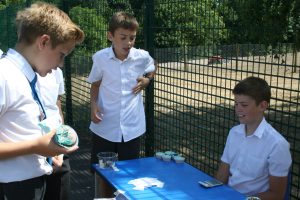 Explaining the purpose of the project, Christopher Rudd, year 5 & 6 teacher at Bovington told the Dorset Echo: “The idea of the project was to essentially paint a picture in the minds of the pupils about what enterprise and being an entrepreneur means and to think about the skills relating to business.

“So the aim was to encourage them to think about leadership and the complexities of business.

“Each group was given a £10 budget and were not allowed to go over that amount. The plan was to develop, run and market a stall and put all their skills together and make a profit.

“The children learn to prioritise, budget and work as a team.

“It was lovely to see how varied and interesting their ideas were and they all made a profit.” 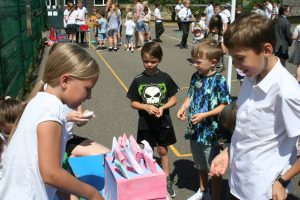 The aim of the ATL project at Bovington Academy was to paint a picture in the minds of the pupils about what enterprise and being an entrepreneur means and to think about the skills relating to business. 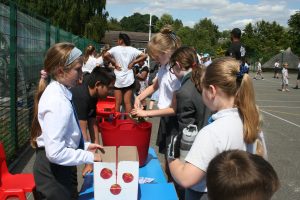 The Business Challenge is an example of Applied Transdisciplinary Learning (ATL): Combining elements of different subjects and applying them to a project designed to develop real-world skills. In this instance it was leadership, teamwork skills and business acumen.

ATL projects form part of the No Limits Curriculum which is unique to Aspirations Academies Trust which Bovington is part of.