Company boss Ryan Irving was left so frustrated by the lack of quality job applicants he made headlines after he vented his frustration in a LinkedIn post which subsequently went viral.

Thankfully his most recent encounter with the job seekers of tomorrow at Budmouth Academy proved to be a far more positive experience.

Businessman Mr Irving participated in a Zoom session with Year 12 students at the Weymouth school who are studying for an Aspirations Employability Diploma (AED).

The aim of the qualification is to equip Sixth Form students with the skills employers are looking for to help them thrive in the workplace.

Claire Hughes, AED lead at Budmouth, set up the recent Q&A session with Mr Irving after reading his criticism of the applicants who responded to his job ad for an intern with a salary of £12,000.

Mr Irving, who owns web design company Ri Web based in Henley-on-Thames, was appalled to discover only six of the 183 applicants followed his simple instructions.

Mrs Hughes thought her students would benefit from speaking to Mr Irving to help them succeed when applying for jobs. 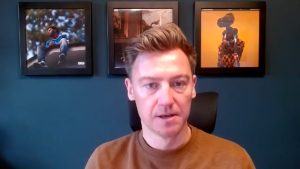 He said he was left hopeful by his session with the students: ‘’I was first of all impressed that students of that age were investing time into their professional development.

‘’It was something I didn’t have when I was younger and I was very impressed with what they were doing. They were engaged, asked some good questions and had taken the time to come and listen to me speak.

‘’A course like this [the AED] is really useful because it serves as a guide for them to focus on what they want to do moving forward.

‘’I didn’t have something like this when I was at school and I ended up taking some random jobs before I discovered what I wanted to do.

‘’The AED gives pupils the platform to think about their future education or skills and I think that’s fantastic. It’s different to anything I’ve seen.’’ 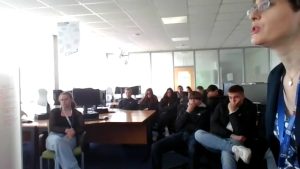 She told the Dorset Echo: ‘’It was good to hear how much effort his firm put in throughout covid and how things have changed due to the pandemic. He came across as a really caring employer and the type of person I would like to work with in the future, as well as raising my employer standards. He definitely got me thinking about my career and has rekindled my interest in web design.’’

It was just over a year ago that Mr Irving made headlines after he criticised jobseekers for failing to follow his advert’s basic instructions.

He asked applicants not to submit a CV but instead asked candidates to answer a handful of simple questions. He revealed that of the 183 people who applied, all but six were automatically declined.

Following on from his LinkedIn post, Mr Irving said he has now changed the way in which he posts vacancies in his company in order to attract better quality applicants.

He said: ‘’We’ve moved away from job boards and we’re doing the more normal advertising which includes asking for a covering letter as well as a CV. A letter gives you much more insight into an applicant’s personality and whether they’re right for a role.’’

Providing his top tips for school leavers looking to find a job, Mr Irving said: ‘’We hire on personality, attitude and keenness to learn.

‘’If you have someone like this on your team you can teach them the skills they need to master a job role. The key message to get across is only apply for jobs that you’re passionate about and care about.’’

The key aim of the Aspirations Employability Diploma is to equip students with the attributes needed to thrive in the workplace.

Creativity, teamwork, problem-solving and communication are skills they acquire during the real-world projects they are involved in.

Question and answer sessions with guest speakers also provide valuable insight into the world of work. 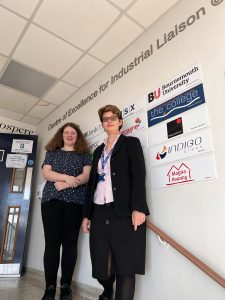 Mrs Hughes said she was compelled to get in touch with Mr Irving after reading his LinkedIn post and realising the issues he faces are the very ones the AED is trying to tackle.

She said: ‘’Meetings with employers like Ryan help to reinforce to students that employers are interested and prepared to give up their precious time and we are truly grateful for that. The AED is about developing skills and competencies that students can use to gain a competitive advantage in the workplace Whilst academic grades are of course important, it is soft skills and other transferable skills that employers are looking for and Ryan really emphasised this to our students and the students said it was helpful.’’