A Portland school has been nominated in the Best Secondary category in this year’s education ‘Oscars’.

Atlantic Academy is one of eight schools across the country to be shortlisted in the category following hundreds of nominations for the TES accolade.

Lesley Bishop and Melissa Heppell are joint principals of the all-through school which has impressed judges.

The prestigious nomination comes just weeks after Ofsted inspectors praised the school for its ‘remarkable turnaround’ after it received a ‘Good’ rating in its first Ofsted inspection since being taken over by Aspirations Academies Trust.

Mrs Bishop, Principal of Atlantic secondary, said she was ‘over the moon and incredibly proud of the TES nomination’.

She told the Dorset Echo: “It’s recognition of all the hard work of our staff who have stuck with us and worked tirelessly to help us turn the school around. It’s an honour to be shortlisted for them and our community.” 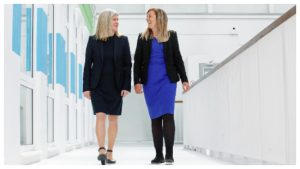 Ms Heppell, Principal of Atlantic primary, said: “Atlantic Academy is at the heart of Portland’s community.

“All staff at the school work together as a family and we’re here working for the students and the people of Portland. We turned the school around for them and we are still improving. We never want to settle and we’re striving to be better – we want the school to be outstanding.” 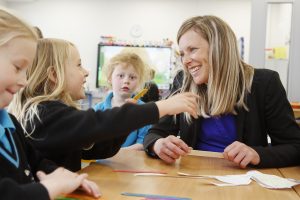 Five years ago the school, formerly known as Isle of Portland Aldridge Community Academy (IPACA), was judged to be ‘inadequate’ by Ofsted, ranking at the bottom of a government league table of similar schools nationally.

The school was taken over by Aspirations Academies Trust and re-named Atlantic Academy Portland in 2017. 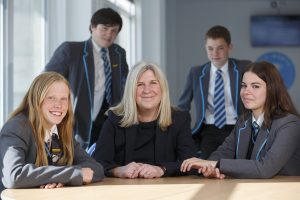 Atlantic’s recent Ofsted report noted: “This is an all-through school that has made a remarkable turnaround in a few years, during building works and the Covid-19 pandemic. Leaders have very high expectations and have been relentless in their pursuit of these.

“They’re ambitious for pupils, who are responding well to the goals set.

“Bullying is rare at the school and pupils spoke of the school as a ‘family’ where they feel confident about sharing any worries with staff. Atlantic Academy sits proudly on the southernmost point of Portland.

“Leaders share pupils’ pride in the uniqueness of the setting. They are building strong relationships with the community and making the most of their surroundings.

“The relative smallness of the school allows staff to know pupils well and staff cater for pupils’ emotional needs and well-being diligently. Staff prepare pupils well for life in the modern world. Pupils receive effective careers advice and staff track the destinations of pupils when they leave.”

The all-through, which caters for pupils aged 4 to 16, currently has places available in Year 7 and Reception for September 2022 start.

To register your interest, please email: apply@atlanticaspirations.org or visit the school’s website www.atlantic-aspirations.org