By the time Vicki McLean left Dashwood Academy as principal, the school had been graded ‘Good’ by Ofsted inspectors and enrichment activities, designed to raise the aspirations of pupils, were a regular feature on the timetable.

Organising the first ever trip abroad to France for year six students, an overnight stay in Stratford-upon-Avon for pupils and a visit to the Royal Shakespeare Theatre to watch A Midsummer Night’s Dream. For Ms McLean, these are just some of her favourite memories of the excursions that were organised for students.

Ms McLean will be one of a number of special guests of honour attending a reunion event on March 23 at the school to mark Dashwood’s 120th anniversary. 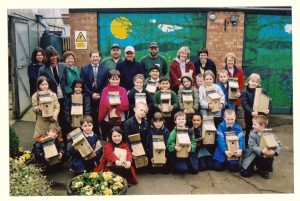 Anyone interested in attending the ticketed event, which will see all money raised go back into the school’s funds, can click through here: https://forms.gle/QGfHUgGiKn6Jr7ow6

The school first opened in 1902 in Dashwood Road and is one of the oldest primary schools in Banbury. It enjoyed a sterling reputation for decades, however, by the time Ms McLean took over as principal of Dashwood in September 2008 the school had moved to its current site on Merton Street and had reached a crisis point.

Ms McLean was appointed joint acting head alongside local authority consultant Louise McGinty. The school came out of special measures in July 2009, was graded ‘Good’ by Ofsted shortly afterwards and became an academy in 2012. 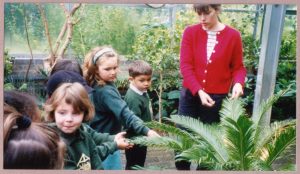 A trip to the Oxford Botanic Gardens in 1999

Ms McLean told the Banbury Guardian: ‘’I loved my time at Dashwood and I think it’s wonderful that the school is celebrating its 120th anniversary. When I was appointed joint head, the school had moved to its current site in Merton Road. We did recognise that the school had a long history and it wasn’t always a school in trouble.

She explained: ‘’One of the things our children really lacked was cultural capital and so we tried to do things they hadn’t done before.

‘’We organised the first ever trip to Boulogne in France for year six students and they absolutely loved it. They enjoyed going to the aquarium, the beach and wandering around town. We also stopped off at a Carrefour on the way back which they also loved.

‘’We also organised a trip to Stratford-upon-Avon for the students and they stayed in the market town for a few nights and watched Midsummer Night’s Dream at the theatre. Many had never been to Stratford and it opened their eyes.

‘’We also organised a trip to Oxford University and they had lunch at one of the colleges. The cultural capital trips were very much about opening their eyes to possibilities and encouraging them to take the opportunities available.’’ 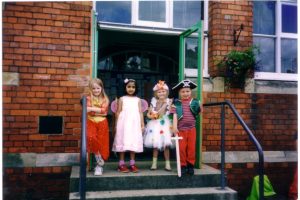 Plans are still being finalised to mark the 120th anniversary of the school, however, Dashwood’s current principal, Amy Rogers, plans to turn the academy into a ‘mini museum.’

The ticketed event on March 23 will feature activity rooms and a range of displays, including art, dance and photographs, all with the aim of taking guests on a trip down memory lane.

Money raised by the school will go to school funds.

Anyone with school memorabilia or recollections of their time at the school should get in contact by emailing office@dashwood-aspirations.org.