A surprise phone call led to a generous Christmas gift arriving at one Banbury primary on the last day of term.

A staggering 2000 gourmet meals were donated to families with children at Dashwood Academy.

The unexpected gesture of festive goodwill, dubbed a ‘‘Christmas miracle’’ by staff, was made by The Caring Family Foundation, a charity launched by British restaurateur and multi-millionaire Richard Caring and his wife Patricia.

Staff at the school arrived an hour early on Friday December 17 to set up stalls to hand out the food delivered and send messages to parents to let them know to arrive at the school gates with bags.

Hundreds of Dashwood families benefited from the generosity shown by The Caring Family Foundation. Mr Caring is the chairman of Caprice Holdings which owns and runs The Ivy chain of restaurants and other high-end London dining rooms.

He and Mrs Caring harnessed their expertise in the food and hospitality sector to forge partnerships, which have allowed them to deliver thousands of nutritious meals to those in need. 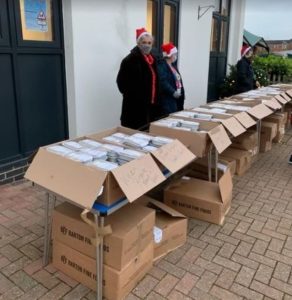 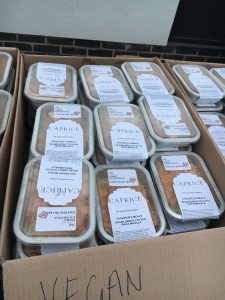 Examples of the food provided

Amy Rogers, principal at Dashwood Academy, told the Banbury Guardian: ‘’The phone call came out of the blue and surprised everyone. It has been an unexpected early festive treat for our children and their families. We’ve been calling it our Christmas miracle!

‘’It has been a difficult year for everyone and this incredible act of generosity surprised our families, but has really helped to lift spirits. We’re very grateful to have received the phone call and to have been given these lovely meals.’’ 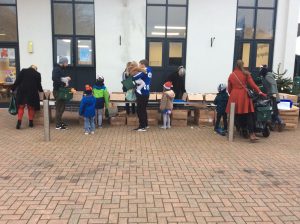 Parents and children queue to pick up the frozen meals

The last few weeks of this term at Dashwood have been filled with a range of activities designed to spread festive cheer. Staff and students took part in a Santa Hat Run for Katharine House Hospice and along with other events this term, have raised over £500 for various charities.

Over 30 boxes filled with gifts for children who would otherwise not have a present to open on Christmas Day were also donated to the Foundation for Social Change and Inclusion.

Christmas decorations and baubles were also made for the Christmas tree in the local library.

And the school has also continued with nativity play performances with social distancing in place for parents who came to watch and good ventilation provided. 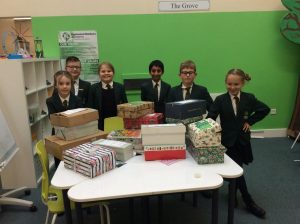 Mrs Rogers said: ‘’The boxes filled with presents allow children who would otherwise not have gifts to feel special on Christmas Day. It’s also a chance for the children at our school to give back and to be a ‘hero’ to those around them. It’s important for our Dashwood students to understand the importance of helping others and giving back as it shows respect for others.’’ 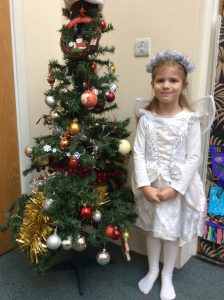