Generosity, kindness and the ability to show empathy towards those less fortunate – they’re all traits that could not be scuppered by lockdown for Children in Need at two Banbury primaries.

Pupils at Harriers Academy and Dashwood Academy dressed up in their favourite comfortable clothes or opted for a Pudsey theme to mark the 40th anniversary of their favourite yellow bear on Friday (Nov 13th).

Donations to the charity, which helps organisations across the country that support children were made online or at the school gates to comply with the Government’s Covid-19 guidelines.

Amy Rogers, Principal at Dashwood Academy, told the Banbury Guardian: ‘’We have been supporting Children in Need for 12 years and the children enjoy doing so because they realise that other children need help – I had one student who did not have money to donate but wanted to donate her toys. It also helps them to develop empathy and realise that not everyone is like them which is an important part of our wellbeing and community curriculum.’’ 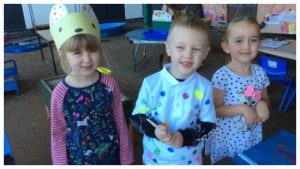 In addition to lessons, students at both schools took part in a range of activities from mindfulness to dot-to-dot andJoe Wicks PE.  Almost £500 was raised for Children in Need by parents and students at Dashwood.

Happiness and wellbeing was the key theme to mark Children in Need at Harriers Academy. Vice Principal Jo Agate said: ‘’The children have had a lovely day to celebrate Children in Need. They were able to come to school in PJs or comfy clothes. Most classes joined in with Joe Wicks PE challenge (the last 20 minutes of his 24-hour slog!) Some classes had discos or just dance activities. There were also quiet activities such as colouring and word searches. Most of the classes currently isolating had zoom meetings with their class all wearing their PJs! Another class had a zoom meeting and online quiz with the peers who are isolating.’’ 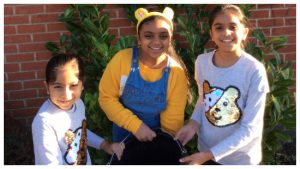 Children in Need reminds pupils there are children less fortunate

Children in Need is a BBC appeal that has now raised more than a £1 billion to support children and young people. Over the years, television viewers have been treated to an array of memorable highlights from Jeremy Vine in stockings to Fiona Bruce in fishnets and newsreaders singing Abba tunes.

Children In Need can actually trace its origins back to 1927. The radio appeal, billed as the BBC Christmas Fund for Children, aired on Christmas Day and lasted just five minutes, raising more than £1,300 for four children’s charities.

In 1951 it became known as Children In Need Of Help. But it wasn’t until 1980 that Children In Need became a full-scale television appeal. Presented by Sir Terry Wogan, Esther Rantzen and Sue Lawley, it raised more than £1 million.