Fish and chips were on the menu for year 6 students at Jewell Academy after they completed their SATs for the first time since the pandemic began.

The exams were scrapped for two years in a row as the country battled Covid-19 and children were forced to home school.

Ali Sinclair, vice-principal at Jewell Academy, which is based in Townsend, Bournemouth, said the students impressed with their ‘can-do’ attitude when tackling the exams.

She told the Bournemouth Echo: “The year 6 teaching team did an amazing job of preparing them. The exams were seen by our students as an opportunity to showcase all that they have learnt at Jewell Academy.

“The students have shown such resilience and a growth mindset despite all the upheavals caused by Covid-19. They were all a credit to the school through the way in which they conducted themselves. They were all happy to sit their SATs and said that they felt prepared to sit them and to do their best.”

Students were treated to a mufti day on the last day of the week and given fish and chips by Captain Cod, based in Bournemouth.

Mrs Sinclair added: “Friday was a day to relax and have fun after spending days working so hard completing their SATs. We’re all very proud of our Year 6 students.” 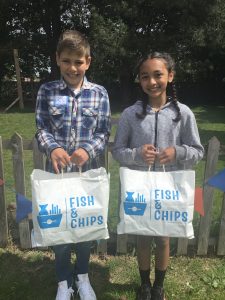 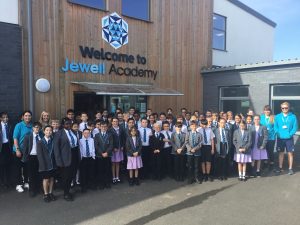